September 17, 2019 by The Sunday Morning No Comments 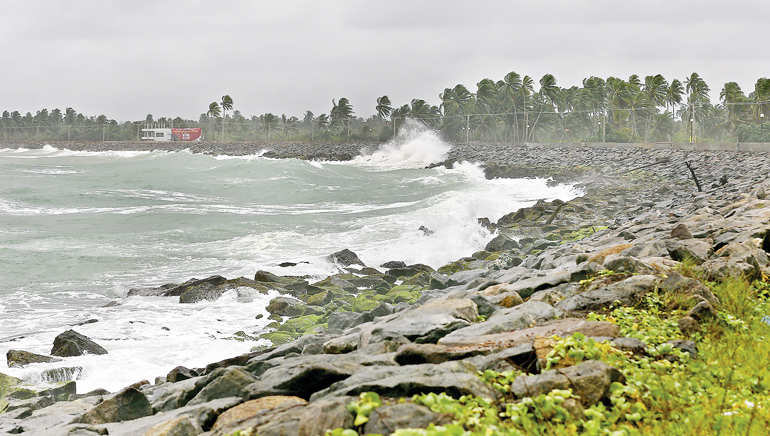 Sea erosion, more commonly known as coastal erosion, is the process of the removal of sedimentary rocks at the coastline thereby leading to a loss of land and retreat of the coastline landward. It can be caused by abrasion, hydraulic action, impact, and corrosion by water or wind and other natural or unnatural forces. Sri Lanka possesses an approximately 1,600 km coastline around the island. This coastline acts as a boundary between the land and the sea in order to defend the landmass of the island.

What is the big deal?

What if the coastline is getting eroded? How does that really impact us humans and why should it even concern us? Turning a blind eye to this particular environmental issue is not just naïve, it can also be life threatening. According to an article by Forbes in 2016, it was estimated that water lowers the surface of the continents by three feet every 20,000 to 40,000 years. This particular process is determined by factors such as climate change and environmental changes, hence definitely impacting the erosion rates as well. Furthermore, conservatives estimate a sea level rise of 2.5 ft. in the next 100 years. These risky high levels will surely cause the coastline to recede landwards, putting buildings and infrastructure around the shores or cliffs in grave danger. We too should be highly worried. This is not just an issue happening to the rest of the world; it occurs here too and many lives are in shambles as a result of it.

Due to the severe coastal erosion, these individuals are unable to engage in their livelihoods and it is nearly impossible to live there due to the inundation of their houses. It was reported that not even 40 perches of their 80-perch land were left as half of the land was damaged due to coastal erosion.

Yet another incident of sea erosion was reported by another media outlet in Nintavur the same year. The individuals residing in Nintavur rely on fishing and agriculture for their livelihoods. Their properties, buildings, and houses are continuously destroyed due to seawater flowing in. It is speculated by the residents that the main reason for this is the construction of the Oluvil Harbour.

Furthermore, more houses in Pitipana-Morawala to Thalahena-Peruwa have experienced severe sea erosion. The media reports that the residents in the area complained that many of their houses were damaged due to the seawater that barged in through their doors.

These are just a mere handful of the thousands of incidents that occur in this tiny island. The question is what exactly causes this type of erosion to occur? Shedding more light unto this was Coast Conservation and Costal Resource Management Director General B.K. Prabath Chandrakeerthi.

“There are two main causes,” Chandrakeerthi noted. They were revealed to be natural sea erosion and manmade sea erosion. The natural causes are the sea level rising, climate change, and depression. He also stated that sea erosion or coastal erosion occurs seasonally (once or twice a year) and some areas have it especially during monsoon times. “Since of late, the main reason for sea erosion has been climate change,” Chandrakeerthi went on to say. Moreover, sea erosion takes place if there is not sufficient sand being transported to the sea through the rivers. If there is insufficient sand being delivered to the ocean, the sea erodes those particular areas of the beach in order to obtain the necessary amount of sand.

We cannot just blame this all on the weather patterns and nature itself, since we too are a big part of the problem. Illegal sand mining and construction of buildings and other various infrastructures near prohibited areas along the shores are huge agents in causing coastal erosion. Chandrakeerthi expressed his frustration on the whole issue, stating: “After they build their houses without permission and their houses get damaged by the sea, then they come to us asking for a solution.” It is incredibly risky to build houses in “no-build” zones and Chandrakeerthi encourages people not to participate in such reckless behaviour.

While the island as a whole faces the issue of sea erosion, there are certain areas which face this problem more than others. Chandrakeerthi stated that these areas are Uswetakeiyawa, Pamunugama, Negombo, Marawila, Thoduwawa, some areas in Puttalam, Tangalle, and the Kalutara Calido Beach. These areas were in a state of emergency around last week, according to Chandrakeerthi. These regions require a lot of attention and need some help, and there have in fact been some measures taken to protect these areas.

Although a few steps have been taken in order to protect these areas, it should be noted that certain areas where sea erosion has occurred due to the monsoon, need not be worried about too much. Chandrakeerthi explained that those areas “naturally revive themselves”. But that leaves the areas that are affected by other causes.

Chandrakeerthi elaborated on the matter by stating that there are two types of solutions – “hard solutions” and “soft solutions”.

Even though the areas struck by the monsoon will be fine, the Department of Coast Conservation and Coastal Resource Management has implemented protections such as offshore breakwaters and nearshore breakwaters. These are what are referred to as hard solutions.

One common form of a soft solution is known as “sand nourishment”.

It is the process of creating an artificial beach by taking sand from offshore and putting it into the beach area. This was implemented in 2015 at the Unawatuna area and cost Rs. 850 million. They also hope to add protections to the Mount Lavinia, Ratmalana, and Kalutara beach areas.

Apart from the public sector’s efforts, the private sector too takes a few measures to protect our beautiful island.

Chandrakeerthi stated that most hotels or houses put up “gabion walls” in front of their structures. These walls are cages, cylinders, or boxes filled with concrete or sometimes soil and they are most commonly used for erosion control. Despite the Government’s efforts, sea erosion continues to get worse day by day. What could be the reason for this?

Chandrakeerthi explained that Rs. 300 million is separated for the cause of coastal protection annually in their action plan. This money is spent mostly on the areas that need it the most. Unfortunately, the other areas suffer as a result of this. It took Rs. 850 million for the sand nourishment plan alone. As such, what can one do with a mere Rs. 300 million in that case? A lack of funding is rather apparent as seen through the above statements.

It is not just the general public that is to blame for the severe sea erosion this tiny island nation is facing. Even the Government has taken a few haphazard decisions, one being the construction of the Oluvil Harbour in 2013. The harbour was built despite the protests of the Coast Conservation and Coastal Resource Management Department and has worsened the situation of sea erosion presently. Due to the construction of this harbour, Chandrakeerthi mentioned that there was severe erosion on the northward side of it. Furthermore, this structure proves useless currently as not many ships enter this particular harbour. What a waste.

What can we do to rectify our mistakes?

First and foremost, we must put an end to illegal sand mining, which is one of the major issues. Secondly, Chandrakeerthi noted that we must not build houses in “no build” zones. Once built in one of those zones without permission, there is little to nothing the Government can do to protect it from sea erosion and the onslaught of damage to the houses.

Chandrakeerthi earnestly begged that the public refrain from doing unauthorised things such as this. Further, he also claimed that we must identify how the island is naturally protected by various types of mangroves. Certain areas were protected from the harrowing tsunami in 2004 by these mangroves. Hence, more research needs to be put into identifying them.

Additionally, Chandrakeerthi noted that there needs to be more tree planting and mangrove planting if we want the situation to change at all.

We as a nation cannot lose this ongoing battle against sea erosion; we must not give up the fight for mother Lanka. In a few more years, who knows what could happen?

With a bit of hard work and grit, we can turn this around if we work together. 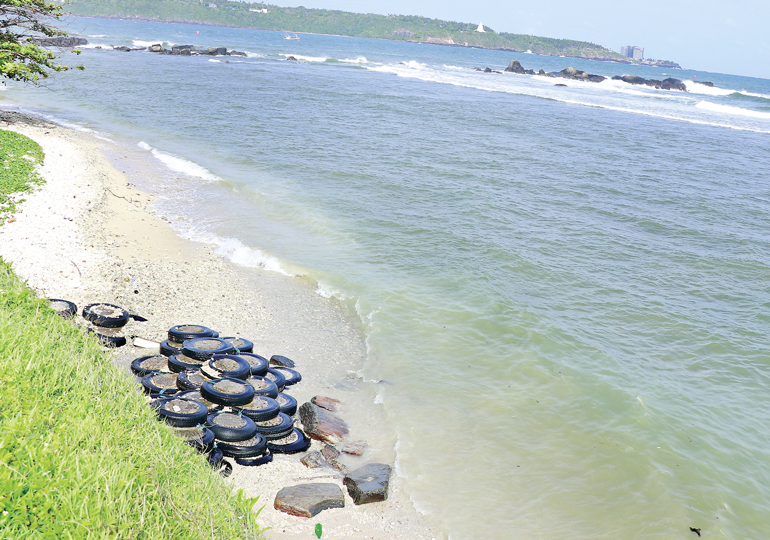 Inspired performances even amidst a pandemic

December 10, 2020 byNethmi Liyanapathirana No Comments
If anything can prove that Covid-19 can never permanently dampen our spirit it would be the fact that the 2020 Lanka Premier League (LPL) opened last week despite being postponed.

December 23, 2018 bythemorninglk No Comments
As the New Year dawns closer, the decision about where to go for NYE becomes harder. But don’t worry; we got you covered with the best parties to be at in town.