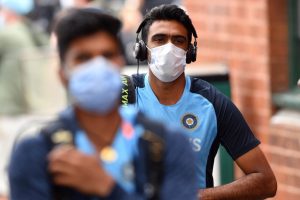 The 14th edition of the Indian Premier League (IPL) is under fire for the organisers are continuing with the matches amid the ever-increasing Covid-19 crisis in the country. But the tournament’s organisers, the Board of Control for Cricket in India (BCCI), true to form, is adamant that it continues with the IPL 2021 in spite of the unprecedented humanitarian crisis now taking place in India.

India’s number of Covid-19 cases surged by 349,691 on Sunday (25), a new global record, and hospitals in Delhi and across the country are turning away patients after running out of medical oxygen and beds, wrote Kunal Dhyani to the Inside Sport in India yesterday (26) .

Ravichandran Ashwin, the Indian all-rounder who resides in Chennai and represents the IPL franchise Delhi Capitals, Andrew Tye of Australia who plays for Rajasthan Royals (RR), Liam Livingstone of England (RR), and Adam Zampa and Kane Richardson, both from Australia (Royal Challengers Bangalore) have all pulled out of the IPL due to Covid-19 fears.

BCCI has declared that they will continue to have the IPL as scheduled despite the entire country is being engulfed with the raging pandemic, making India the latest epicenter of the global menace after USA and Brazil.

The 14th edition of the IPL began on 9 April. The game which was scheduled for Ahmedabad between Punjab Kings and Kolkata Knight Riders yesterday night was to be the 21st game of the tournament.
A total of 56 league games are slated to be held by 23 May. The three play-offs and the final are to be held during 25 and 30 May, also in Ahmedabad.

“IPL provides a much-needed distraction for all from the doom and gloom around us,” a BCCI official was quoted by Reuters as saying while requesting anonymity.

One of the leading newspapers of South India, the New Indian Express declared on Sunday that they had decided to suspend its IPL coverage while hundreds of fans lambasted the league on social media.

The Chennai-based New Indian Express said its decision to suspend coverage was “a small gesture towards keeping the nation’s attention focused on life-and-death issues.”

The decision by the newspaper came after an IPL Governing Council (IPL GC) member told Reuters the league has “a robust bio-bubble” and is being played without fans which made it safe to continue.

“Yes, cases have surged in venues like Delhi, but we have two standby venues in Hyderabad and Indore and we would use them if needed,” said the IPL GC member.

Not only fans but Australia’s Adam Gilchrist, who led now-defunct Deccan Chargers franchise to their maiden IPL victory in 2009, also had raised questions over the continuation of the league amid a staggering Covid-19 crisis.

“Best wishes to all in India. Frightening Covid numbers. IPL continues. Inappropriate? Or important distraction each night? Whatever your thoughts, prayers are with you,” tweeted the former Test player.

Delhi lockdown extended by a week

Delhi Chief Minister Arvind Kejriwal on Sunday announced the extension of ongoing coronavirus lockdown in the national capital by a week. The decision has been taken due to the high positivity-rate even though there has been a slight dip in the daily figures of new cases.

“Coronavirus is still continuing to wreak havoc. After discussing with stakeholders, we are extending the lockdown further by another week,” Kejriwal said during a televised announcement on Sunday.

So what happens to the IPL 2021 matches that are scheduled to be played in Delhi from 28 April? A total of eight matches of the ongoing T20 league are to be played at Delhi’s Arun Jaitely Stadium.

“The game is on. The lockdown will actually help us in carrying out our job more smoothly,” the Delhi District Cricket Association (DDCA) Joint Secretary Rajan Manchanda had has told the Inside Sport last week.

Manchanda had further said: “BCCI has not told us to stop our work so we are continuing and will be completely ready to hold the IPL in the next two days.”

Four teams are based in Delhi

So far, as part of the first leg of IPL 2021, the matches have been held at Mumbai’s Wankhede Stadium and Chennai’s M.A. Chidambaram Stadium. In the second leg, the matches will be played in Delhi and Ahmedabad.

Ahmedabad’s Narendra Modi Stadium will then play host to 12 matches this season including the playoffs and the final.

In Delhi, Chennai Super Kings, Sunrisers Hyderabad, Mumbai Indians, and Rajasthan Royals will base their camp between 28 April and 8 May.

Dinith Pathiraja On Court: Activities for tennis players during lockdown

The first forfeited cricket Test, On This Day – 20th and 21st August

August 21, 2021 byRevatha No Comments
The memorable sports happenings of 20 & 21 August