BCCI to allow U23 players to participate in The Hundred! 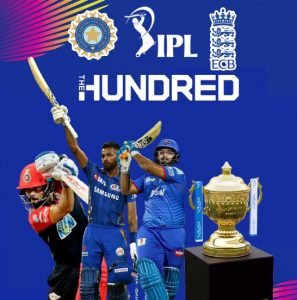 The Board of Control for Cricket in India (BCCI) has kept the participation of Indian players in franchise-based leagues exclusive to the Indian Premier League (IPL) over the years. The board, however, seems to make an exception for The Hundred, the Indian media revealed yesterday (22).

As per a report in the Times of India (TOI), the BCCI might allow its U-23 players to participate in The Hundred – a 100-ball tournament created by the England & Wales Cricket Board (ECB) – “in a bid to have a smoother IPL expansion that has been planned for next year”.

The inaugural edition of The Hundred has been planned for this English summer and the ECB has been in talks with the BCCI for long, over allowing Indian players to play in the tournament. The ECB had even offered a chunk of the advertising revenues to the Indian board.

While the lure of advertising revenue might not have been enough for the BCCI, the prospect of earning leverage from the ECB in terms of IPL expansion could see the board give in.

“BCCI may allow a certain category of Indian cricketers to participate in The Hundred,” said TOI quoting an unnamed source.

Impetus to have a 10-team IPL

The BCCI is planning to have 10 teams in the IPL from next season. Although the expansion was planned this year, it had to be postponed due to logistical and schedule restrictions amid the pandemic.

With the ECB being one of the biggest supporters of the IPL, the BCCI could go on to make an exception for them in terms of allowing their players to play in The Hundred.

Aiming for a bigger window for IPL

But such an exception would come in if the ECB also adjusts its schedule, allowing the BCCI to organise a bigger IPL from the next season. The BCCI reportedly wants to start the next IPL from March and would need other boards to adjust their cricketing assignments accordingly.

“A bigger window for the IPL in future will be BCCI’s biggest take-away from this,” an industry executives has said.

A few cricketers have been asking the BCCI to allow Indian players to participate in foreign leagues and it seems like their pleas will finally be heard.

October 29, 2018 byRevatha No Comments
Uncapped 30-year old left-arm spinner Ajaz Patel has forced his way into the New Zealand squad for the three T20Is against Pakistan

First photo of Woods after accident

April 25, 2021 byRevatha No Comments
Golfing legend Tiger Woods posted a photo of himself smiling on a golf course