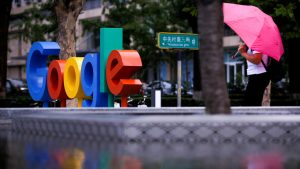 The Commerce Ministry of China has pledged to create a list of foreign individuals, corporations and institutions that are considered “unreliable” or that violate the interests of Chinese businesses, state media reports.

The ministry is planning to disclose details of the proposed list in the near future, according to spokesman Gao Feng, as quoted on state-run China National Radio.

The measure has been proposed amid the recent scandal that has erupted around the US blacklisting of Chinese telecoms major Huawei, along with other Chinese corporations, on the direct order of US President Donald Trump.

That decree bars American businesses from supplying Huawei with spare parts or technology solutions. The measure was introduced after the White House accused Chinese companies of espionage against the US on behalf of Beijing.

Following the order, the US Department of Commerce announced the blacklisting of Huawei and 70 of its affiliates. This has forced American companies to seek special permission from the Bureau of Industry and Security (BIS) to trade with the Chinese firm.

The radical measure has caused both American and foreign tech firms to suspend their business transactions with Huawei to comply with Trump’s order. US internet giant Google became the first and broke a product-sharing agreement with Huawei.

The blacklisting of Huawei is seen as part of the ongoing trade dispute between China and the US. President Trump has accused Beijing of unfair trading practices and of intellectual property theft, having imposed first tariffs on goods imported from China. Beijing has denied the accusations and has responded with counter-tariffs on American products. RT

September 5, 2018 byMalik No Comments
At least nine people have been reported killed by Typhoon Jebi, the worst storm to hit Japan in 25 years.