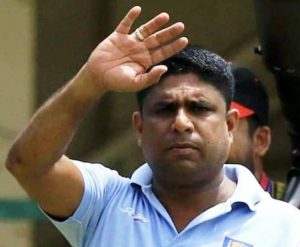 He was 40 years of age at the time of his sudden passing away. He is survived by his wife and two children.

Chanaka’s erstwhile corporation with both local as well as overseas media friends, who are coming to Sri Lanka to cover international series, has been well remembered and cherished.

Silva provided an example for assisting media personal even by going out of the way in facilitating and helping them during their busy work, both inside the press box and always during hectic cricket series.

He once travelled to Pakistan to cover a Sri Lanka vs. Pakistan cricket series for SLC.

Dear Chanaka, may you attain the Supreme Bliss of Niravana!

January 13, 2022 byRevatha No Comments
These events defined the history of sports