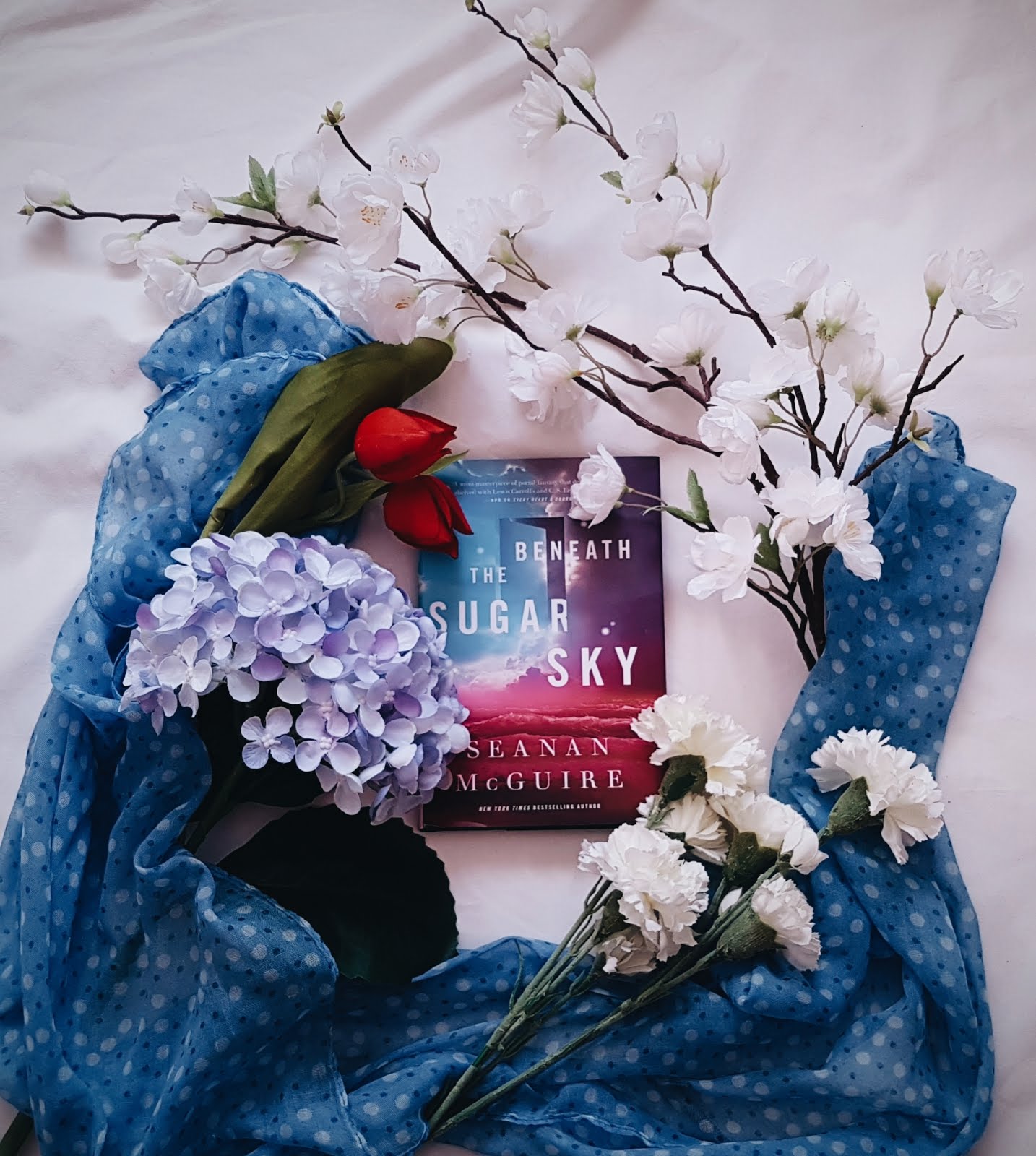 ‘Beneath the Sugar Sky’ by Seanan McGuire

‘Beneath the Sugar Sky’, the third book in McGuire’s Wayward Children series, returns to Eleanor West’s Home for Wayward Children in a standalone contemporary fantasy for fans of all ages. At this magical boarding school, children who have experienced fantasy adventures are reintroduced to the “real” world.
When Rini lands with a literal splash in the pond behind Eleanor West’s Home for Wayward Children, the last thing she expects to find is that her mother, Sumi, died years before Rini was even conceived. But Rini can’t let reality get in the way of her quest – not when she has an entire world to save. If she can’t find a way to restore her mother, Rini will have more than a world to save: she will never have been born in the first place. And in a world without magic, she doesn’t have long before reality notices her existence and washes her away. Good thing the student body is well-acquainted with quests…
A tale of friendship, baking, and derring-do. Warning: May contain nuts.

If you enjoyed the first two books in the Wayward Children series, there is no reason not to like this. McGuire is back with a new story, featuring both familiar faces and some newbies too. This latest adventure in the portal world sees the characters heading into the land of Confection (Candy Land, in other words), a place described in almost sickening sweetness, from its Strawberry Sea to the sugar-spun ropes.
With ‘Beneath the Sugar Sky’, readers return to the world or rather to the worlds of the Wayward Children. We see more of the many worlds and travel to two well-known and polar opposite worlds – the Halls of the Dead and Confection. We also see many beloved characters from the previous books including Christopher who is a Mexican-American from Mariposa, a skeleton from Underworld, and Kade, a transexual boy from a warring Fairyland; we also meet many new characters such as Cora, a plus-sized girl from the Land Beneath the Lake, Nadya, who is missing an arm and hails from Belyyreka, a Drowned World, and Rini from Confection who has a very special connection to Sumi.
However, there are some downsides to this novel too, the main issue being that everything is way too easy. In ‘Every Heart a Doorway’ and ‘Down Among the Sticks and Bones’, children go to insane lengths to open their portal, and here they are hopping between worlds with minimal effort. All the characters’ struggles are cheapened. Travel between worlds is cheapened. Even death is cheapened. Many reviewers praise the book for its amazing representation and diversity, and for a good reason. However, it’s not perfect, and the problems are worth highlighting. We have a child born without an arm, who has no problem with this and rejects useless prosthetics, thinking they are more cosmetic than functional. This is great but then she goes to her portal world and gets a magic arm. This sets her apart from all other children as none of them have their source of difference “fixed” in the portal world. Cora doesn’t magically become thin. That would have been absurd but then why does Nadya need fixing? It would have been nice for differently-abled kids reading this story to see they can have fun adventures and a fulfilling life just the way they are. However, there are far more pros than cons to this story. For example, every book in this series has amazing diversity and representation, and this book is no different. From race, sexuality, mental illnesses, and body representation to physical disabilities, and religious representation, this series has it all. And it’s seamlessly woven and never feels exploitative.

A force of inspiration: Nadeeka Jayasinghe

April 17, 2022 byPavani Jayasinghe Munagamage No Comments
During this severe economic crisis that Sri Lanka is going through, there are many stepping up to help the underprivileged. Nadeeka Jayasinghe is one such individual. A former critical care nurse, and