July 12, 2020 by Madhusha Thavapalakumar No Comments 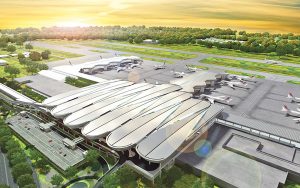 The construction work of the long-delayed Terminal II at Bandaranaike International Airport (BIA) is finally set to commence at the end of August after being held up for four years due to tender-related issues.

Airport and Aviation Services (Sri Lanka) Ltd. (AASL) Chairman Major General (Retd.) G.A. Chandrasiri, speaking to The Sunday Morning Business last week, stated that a final discussion between the construction company and Sri Lankan authorities will be held tomorrow (13) and that the foundation for the terminal will be laid at the end of next month.

“We are laying the foundation by the end of August. Within three years, you will see a beautiful airport. We signed the contract agreement with Taisei on 12 March,” Chandrasiri stated.

He said that changes have not been made to the original design of Terminal II or the earlier decision to award the tender to Taisei Corporation, a Japanese construction company. Accordingly, the new terminal will be built at a cost of $ 800 million and is expected to handle a passenger capacity of nine million as initially planned, bringing BIA terminals’ total capacity to 15 million.

While tourist arrivals are currently at an all-time low due to the Covid-19 travel restrictions and the BIA being effectively closed, the construction period of three years makes this a good time to embark on this development. 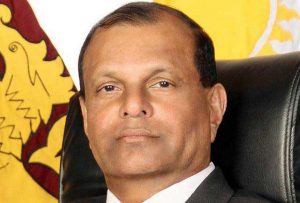 The Japan International Cooperation Agency (JICA) is the concessionary loan provider for the new terminal at BIA. The loan agreement of Rs. 56 billion was signed almost four years ago on 24 March 2016. According to JICA, the project would be developed based on the concept of eco-airports with the utilisation of Japanese advanced technology and knowhow. In order to promote technology transfer and economic co-operation between Sri Lanka and Japan, JICA’s loan is provided under the Special Terms for Economic Partnership (STEP) with 0.1% p.a. interest rate and a 40-year repayment period.

The second terminal was initially scheduled to come into operation by 2020 but was deferred as the bids from the Japanese companies were far higher than the engineer’s estimate. JICA refused to budge from the original quotations submitted by two Japanese contractors, which were 46% and 96% higher than the engineer’s estimate, and was not willing to award the tender to any other company other than Japanese companies.

Nevertheless, as exclusively reported by The Sunday Morning Business on 1 March 2019, under the headline “Interim terminal at BIA abandoned”, the project was abandoned due to a protracted legal battle between a bidder and the procurement committee. 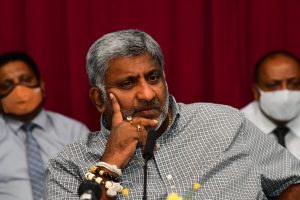 Following a deadlock of years, Minister of Tourism and Aviation Prasanna Ranatunga, as exclusively reported by The Sunday Morning Business, had managed to negotiate with JICA and the bidder to bring the prices down, reviving the project to which the Sri Lankan Government was paying late fees since 2012.

BIA has been in dire need of another terminal for years now. It had more than 170 aircraft movements per day, including an average of more than 60 movements of heavy aircraft per day in 2018. The existing six million-passenger terminal handled 10 million passengers in 2018, resulting in hours of delays, particularly as passengers were trying to collect their baggage.

According to the annual reports of AASL, the airport experienced heavy congestion in the arrival and departure zones, as well as vehicular traffic, particularly during peak hours, all the while passenger arrivals grow 5-6% year-on-year (YoY).

July 27, 2021 byNews Admin No Comments
Singapore aims to relax more virus curbs, including starting to allow quarantine-free travel in September, marking the first time it’s set out a timeline to reopen borders that have been mostly shut f