BIA on alert: Chinese passengers to be screened 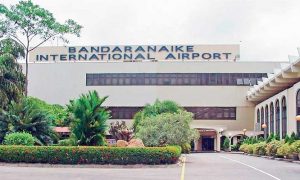 The Health Unit of Bandaranaike International Airport (BIA) has been advised to screen passengers arriving from China for possible symptoms of pneumonia or respiratory illnesses following an outbreak of pneumonia caused by a novel coronavirus.

The outbreak reported in Wuhan, China has so far claimed two lives with at least 50 patients being diagnosed, the Wuhan Municipal Health Commission reported. The second death was reported on Wednesday (15) when a 69-year-old man in Wuhan was admitted to hospital with abnormal renal functions and severe damage to multiple organs.

While many Sri Lankans fear that the virus would be transmitted, health services of Sri Lanka are now on alert.

“The World Health Organisation (WHO) has informed that travel to China need not be restricted, and that travellers should follow usual precautions to avoid infection. We have also informed the Health Unit of Bandaranaike International Airport to screen passengers arriving from China for possible symptoms,” Ministry of Health and Indigenous Medical Services Epidemiology Unit Chief Epidemiologist Dr. Sudath Samaraweera informed.

The Epidemiology Unit also urged the public to cover their mouths and noses with a tissue or a handkerchief (not hands) when coughing or sneezing, wash hands often with soap and water for at least 20 seconds, avoid touching their nose and face often, and avoid loitering in crowded places. Furthermore, small children, pregnant women, and elderly persons should reduce their travels and visits to crowded places.

Some patients in the outbreak reportedly have not had exposure to animal markets, suggesting that some limited person-to-person spread may be occurring. All the characteristics of this virus and how it may affect people are still unclear.

September 29, 2020 bythemorningeditor1 liberty No Comments
The 13 officers of the Police Narcotics Bureau (PNB) who were arrested for their alleged links with drug dealers have been further remanded.

Why are Australia and New Zealand so far behind on vaccination?

August 25, 2021 byNews Admin No Comments
Once praised for their effective containment of Covid-19, the governments of Australia and New Zealand have attracted growing criticism for the slow pace of their vaccine programmes. Only in late July