Billy Elliot not a dance of the past 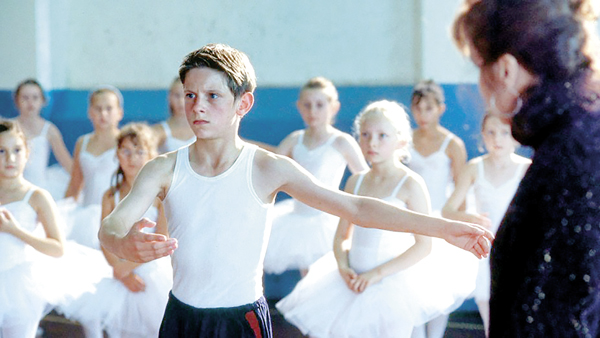 Some days ago, Good Morning America host Lara Spencer made a sly remark on Prince George’s newfound interest in ballet. The comment was in bad taste, and Spencer faced major backlash for it and made a public apology.

Without any of that in mind, it was a coincidence that the British Council screened Billy Elliot, a film released in 2000 about a boy who aspires to be a ballet dancer in 1980s’ Britain. The film stars Jamie Bell, Julie Waters, and Gary Lewis and is directed by Stephen Daldry.

The film’s young titular character lives in the County of Durham, where everyone seems on edge and communicates in overt or casual profanity (depending on the situation). Billy’s father and brother are macho coal miners who are in the middle of a Margret Thatcher-induced strike. Billy, who is expected to be of the same mould, is made to take up boxing. Seeing that letting off steam in the boxing ring does him no good, he is drawn to the ballet class next door. Through ballet, Billy finds something that can do more than offer him an extracurricular. Upon this realisation, he is soon adopted by his dance teacher Mrs. Weasely, played by Sandra Wilkinson, who attempts to get him enrolled at the Royal Academy of Dance.

Like many films before and since, Billy Elliot details a character that develops a passion for something that is either looked down on or unbecoming of their character. The basic premise allows for drama, conflict, and redemption – the obligatory montage sequence – and that movie magic that makes everyone say: “That’s why you should do what you love!” Yet, between the usual clichés, tropes, and the passing of 20 years, where the film succeeds is in how its mode of commentary enhances the film. Within its simple three-act structure lie various underlying motifs central to the film’s message.

The sociopolitical backdrop of the miners’ strike adds not only drama, but also texture to the picture by bringing the town to a boiling point where the riots, protests, and uneasiness are juxtaposed with Billy’s journey in mastering the disciplines of ballet. Communication is what the town lacks; not just through language, but also through expression, dialogue, and, as relevant to Billy, dance. Billy’s connection to ballet is to fulfil a form of expression he lacks, as seen in the film’s climax. At his audition at the ballet school, when asked to describe what he feels when he dances, Billy, who isn’t articulate enough to express this through his command of language, does so through a few words and expressions of raw emotion. He says he feels like electricity.

At the film’s core is the conversation about the implicated link between an individual’s behaviour or interests and their sexuality. Billy’s passion for ballet does not make him gay or even feminine for that matter. In one scene, his cross-dressing best friend Michael comes out, expecting a similar reaction from Billy, although that isn’t the case. Apart from this, there are constant reminders through the runtime that his love for ballet has nothing to do with his sexuality to a point it almost becomes overbearing. The colour scheme seems to carry on the motif in the recurrence of blue and pink – the stereotypical colours that define male and female, respectively. In a striking sequence, Billy is seen knocking down a blue door from within. The door was that of a bathroom.

For a film set in the 80s and released in 2000, Billy Elliot is a feel good film that banks on a bit of nostalgia. From its brightly lit sets to its crisp film grain look, the film offers many timeless and memorable scenes. And while being recognised as one of Britain’s finest films in recent times, the fact that the relevance of its message still exists nearly 20 years later is quite worrying.

Billy Elliot was screened on 30 August as part of a monthly film screening organised by the British Council. The DVD is available for borrowing to those who hold membership at the library.

July 16, 2021 byVenessa Anthony No Comments
The impact the pandemic has had on Sri Lanka’s tourism industry, which is the bread and butter of approximately three million Sri Lankans employed in the sector, both directly and indirectly has been

The quality of sleep

October 13, 2021 byNews Admin No Comments
We spend one-third of our lives sleeping.

You read it right.