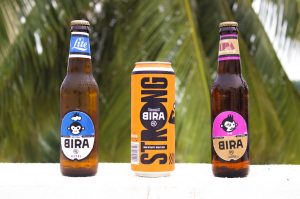 Bira 91, one of the world’s fastest growing craft beer brands, has entered into a major five-year deal with the International Cricket Council (ICC). The partnership, which runs through 2023, confirms Bira 91 as the official sponsor of ICC global tournaments including the ICC Cricket World Cup, ICC T20 World Cup, ICC World Test Championship, ICC U19 Cricket World Cup and the ICC Women’s Championship.

This is the brand’s first foray into sports. As an Official Partner, Bira 91 will integrate the partnership across broadcast and digital platforms, and in-venue activations at all ICC events through their range of products.

Commenting on the agreement, Campell Jamieson, ICC General Manager Commercial, said, “As we started discussing the partnership with Bira 91, the natural overlaps in their ambitions and ours became obvious. Cricket has more than one billion adult fans and is a natural partner for this exciting brand.

“The ICC is delighted that Bira 91 has chosen cricket as its partner to drive its global expansion and help achieve its ambition of becoming the first global consumer brand out of India. We welcome Bira 91 into the world cricketing family, and we look forward to working together for the next five years to deliver a strong partnership at ICC global events.”

Speaking of the partnership, Ankur Jain, Founder & CEO, said, “The ICC partnership is a key moment for Bira 91 as we embark on creating the first global consumer brand to come out of India. A generational “change of guard” in beer is underway as consumers shift towards beers with more color and flavor.

“World cricket is undergoing a similar generational change as it expands to more dynamic formats, newer geographies and consumers. We are excited to be part of the ‘greatest celebrations of cricket’ on the international stage and adding consumer experience driven activations by our innovative and delicious beers.”

ICC currently has 104 member countries. It continues to expand its global footprint and reinvent the game with the vision of making it more relevant for younger and new spectators including females, which is in sync with Bira 91’s ambition. “Imagined in India, for new world” being the brand’s core philosophy, the brand aspires to drive a global shift in beer towards more flavour and colour.

August 15, 2018 byMalik No Comments
English cricket's biggest star, and those who run the game, will be breathing a huge sigh of relief.