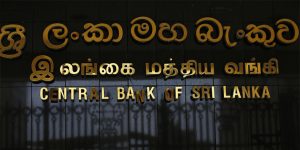 The CBSL ordered banks to reduce the weekly Average Weighted Prime Lending Rate (AWPR) by 150 basis points by 1 November and by at least 250 basis points by 27 December, compared to the AWPR as at 26 April 2019.

The Sunday Morning Business compared the AWPRs of 25 banks as at 1 November with that of 26 April and found that Citibank, Seylan Bank, Union Bank of Colombo, DFCC Bank, ICICI Bank, and Cargills Bank have already brought down their lending rates by over 250 basis points, which was the level the CBSL instructed banks to reach by the end of December.

Amongst these banks, Cargills Bank, Union Bank, and Seylan Bank have cut down their rates by over 300 points while even among them, Union Bank has brought down its rates by 523 basis points.

Meanwhile, 14 banks have complied with the rate cut which was required to be made by 1 November as they had brought down their lending rates by over 150 basis points.

Amongst the 25 banks, four banks – HSBC, Standard Chartered Bank, Deutsche Bank, and MCB Bank – have reduced their respective lending rates, but the reduction is below 150 basis points.

Banks with AWPRs at or below 9.5% are excluded from this compulsory rate cut. As at 26 April, none of the banks had their lending rates below this threshold, but after reductions of 125 and 214 basis points, respectively, from their April levels, HSBC and State Bank of India have qualified into this category as their current lending rates are 8.59% and 9.36%, respectively, which do not require further reduction.

The AWPR of domestic commercial banks was already at least 100 basis points lower at the end of September 2019 than in April 2019. The CBSL indicated that it expects to review this order at end-March 2020.

The CBSL’s decision to cut lending rates was taken to stimulate economic revival efforts, or risk being subjected to caps on lending rates. The reduction was mainly done to increase private sector credit growth. The year-on-year growth of credit disbursed to the private sector by licensed commercial banks grew slower than last year during the first seven months of 2019.

The secondary reasons for the second policy rate reduction in 2019 were the global monetary policy stance, inflation targets, and the sharp decline in short-term interest rates, according to CBSL Governor Dr. Indrajit Coomaraswamy.

The slowdown in global economic activity has prompted many economies to relax their monetary policies to support the economic growth of their respective countries, especially in the context of muted inflation and inflation outlook.

He noted that if financial institutions fail to bring down the rates within specified timelines, the CBSL will, reluctantly, impose appropriate caps on market lending rates. Accordingly, the deadlines for rate reductions were announced in September.

In February, the CBSL reduced the Statutory Reserve Ratio (SRR) applicable on all rupee deposit liabilities of commercial banks to 5% with effect from 1 March 2019. The Board also decided to keep the policy interest rates of CBSL unchanged at their current levels, and accordingly, the Standing Deposit Facility Rate (SDFR) and Standing Lending Facility Rate (SLFR) remained at 8% and 9%, respectively.

In April, the Monetary Board decided to maintain policy interest rates at their current levels which were decided in January. In May, the SDFR and SLFR were reduced by 50 basis points to 7.50% and 8.50%, respectively.

In July, the SDFR and SLFR were maintained at their current level, which was decided in May, while on its fifth monetary policy review meeting, the CBSL decided to reduce the SDFR and SLFR of CBSL by 50 basis points to 7% and 8%, respectively. In the subsequent monetary policy review, the CBSL decided to maintain the rates at their current levels.

September 28, 2019 byThe Sunday Morning No Comments
“It ain’t about how hard you hit, it’s about how hard you can get hit and keep moving forward,” said famous movie character Rocky Balboa in the 2006 boxing movie of the same name.

The Game of Loans

April 3, 2022 byNews Admin No Comments
The debt-ridden, foreign-exchange-deprived Government of Sri Lanka (GoSL) has been desperately requesting financial assistance from bilateral and multilateral lenders left and right, while negotiation