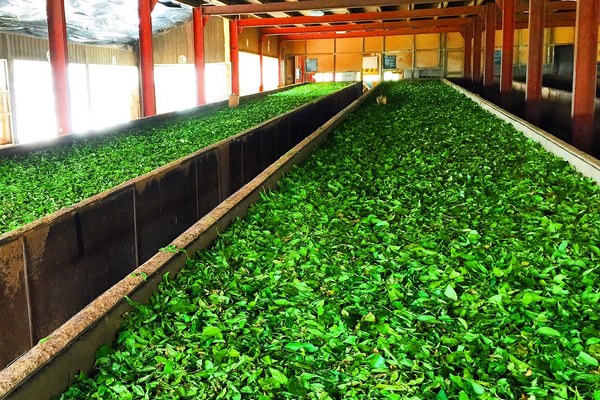 Cabinet proposal this week for moratorium on tea factory loans

The sustained requests by tea factories for a moratorium on capital and interest payments of loans appear to have paid off, with a cabinet paper expected to be submitted for approval this week.
Speaking to The Sunday Morning Business on Thursday (18), Sri Lanka Tea Board (SLTB) Chairman Lucille Wijewardena said that the cabinet paper is being prepared at the moment. It is expected to be submitted by Minister of Plantation Industries Navin Dissanayake.
However, Wijewardena noted that the total value of the moratorium could not be specified right now as it would depend on the repayment method chosen by individual factory owners.
Even though the moratorium does not necessarily require the approval of the Treasury, the Central Bank of Sri Lanka (CBSL) and the Treasury are expected to engage with the banks on this matter.
The Ministry of Plantation Industries has decided on the moratorium following a meeting with Prime Minister Ranil Wickremesinghe, CBSL Governor Dr. Indrajith Coomaraswamy, Sri Lanka Tea Factory Owners Association (SLTFOA) representatives, and several other ministers late last month.
Sri Lanka has over 700 tea factories out of which around 100 are on the verge of collapse with almost 10 factories having already closed down operations. According to SLTFOA, factories are struggling to settle Rs. 5 billion worth outstanding loans and are in urgent need of the moratorium.
A spokesperson from a leading tea manufacturing company told The Sunday Morning Business that the financial burden of the companies have been created by a drop in tea prices as well as by production surplus.
“The tea estates had a very good crop, so naturally, the supply was much more than the demand and the global tea industry was also not doing well. Countries like Russia and other Middle Eastern countries are also undergoing economic hardships, so there is no good demand for the tea,” he stated.
According to Forbes & Walker Tea Brokers (Pvt.) Ltd., Prices of a kilogram of tea remained above Rs. 550 during the first four months of this year. During the month of May, it dipped below Rs. 550 but remained above Rs. 500. During the first week of June, tea was auctioned at a price of Rs. 510 per kilogram. Since then up to now, prices have dipped below Rs. 500. In the second week of July, tea was auctioned at a price of Rs. 489 per kilogram.
Meanwhile, tea production increased drastically to 34 million kilograms in May this year compared to 23 million kilograms in the previous month.
Sri Lanka’s tea sector was suffering even prior to the Easter Sunday incident due to inadequate replanting while the incident exacerbated problems. Sri Lanka’s tea replantation rate has come down drastically over the years, making it less than 2% at the moment.
Speaking to The Sunday Morning Business a month after the Easter tragedy, Wijewardena noted that the tea sector managed to perform as usual after the incidents, even though there were minor impacts on the transportation of green tea leaves during curfew hours. He also noted that a slight reduction in orders placed by foreign countries can be witnessed during the next few months.
According to data from CBSL, tea exports suffered a significant hit in April. Tea export earnings fell from $ 109.6 million in April 2018 to $ 99 million in April 2019. However, export earnings from tea increased to $ 125 million for the first time in May 2019 since April 2018 due to higher export volumes despite lower average export prices when compared with $ 121 million May 2018.
With a Ceylon tea promotion campaign set to launch in Russia this September, as announced last week, the total tea exports are expected to be higher than last year’s exports total of $ 1.4 billion.

July 16, 2021 byNews Admin No Comments
The global economy is booming – or so it might seem.

May 14, 2020 byCharindra No Comments
In order to overcome the impact of the prevailing Covid-19 pandemic, First Capital Holdings CEO believes the Government should facilitate domestic investments into high-tech and manufacturing sectors.