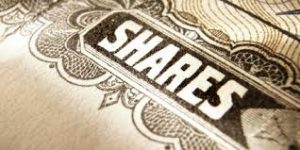 Three leading banks in Sri Lanka demanded that the Central Bank of Sri Lanka ring-fence the assets of MTD Walkers PLC following the transfer of three of its subsidiaries to its parent company in Malaysia, MTD Capital Berhard, allegedly to defraud creditors.

The company said the move was prompted by the need to settle an outstanding loan amount of $ 19.09 million payable by its subsidiary, CML-MTD Joint Venture Limited, to Export-Import Bank of Malaysia Berhard, under a facility agreement dated 26 November, 2015.

The filing said that the Related Transaction Party Review Committee of MTD Walkers is of the view that the transaction was on normal commercial terms and was not prejudicial to the interest of the company and its minority shareholders. The committee had also obtained legal opinion from an independent expert prior to firming its view on the transaction.

However, it is learnt that the two state banks, Bank of Ceylon and People’s Bank, and one of Sri Lanka’s biggest private banks, Hatton National Bank, have requested the Central Bank to ring fence the assets of MTD Walkers to avoid it defrauding creditors.

As at 30 September, 2018, MTD Walkers had over Rs. 4 billion in long-term debt and over Rs. 20 billion in short-term borrowings.

An industry watcher opined that the Central Bank should declare a moratorium on MTD Walkers and blamed the Government for the escalation of the company’s debt problem.

It is understood that the company suffered due to the non-payment and delayed payment of dues by the Government for construction projects, particularly from the Urban Development Authority (UDA).

August 3, 2020 byCharindra No Comments
It is time Sri Lanka moves towards a rational and practical regime of working hours.