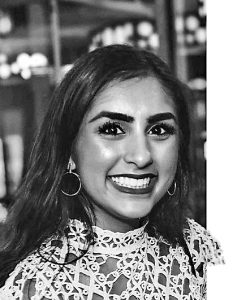 Negotiations on the Colombo Port’s East Container Terminal (ECT) have certainly racked up their fair share of controversy over the last year. Infamous for the onslaught of last year’s political crisis, the ECT presents one of Sri Lanka’s greatest economic and geopolitical opportunities due to its prime position and immense untapped capacity. The recent ECT Memorandum of Cooperation (MoC) signed between Sri Lanka, Japan, and India has been no exception. The agreement reignited hard-line nationalistic debates from trade unions and recurring spates of “Indo-phobia”. JVP Leader Anura Kumara Dissanayake even equated the move to selling off national resources as ransoms, which threaten the national security and economic sovereignty of the country. But such hard-line opposition to the agreement begs the question: What exactly is being given up?

What’s in the Memorandum of Cooperation?

According to the Sri Lanka Ports Authority (SLPA), the MoC states that the SLPA retains 100% ownership of the East Container Terminal. The Terminal Operations Company (TOC), which will be responsible for all operations within the terminal, will be jointly owned by Sri Lanka, Japan, and India. Sri Lanka will maintain a 51% stake in the company, while Japan and India will hold minority stakes of 34% and 15%, respectively. Development of the ECT will be financed by Japan through a 40-year soft loan of between $ 500-800 million. The loan will be at a 0.1% interest rate with a grace period of 10 years. The SLPA has boasted the terms as one of the best agreements it has ever negotiated.

So, why is the ECT so important?

Estimates suggest that within the next three decades, over 45% of global GDP and trade will emanate from the Asia-Pacific region. At the heart of the Indian Ocean, the Colombo Port is in prime position to enjoy the lion’s share of this predicted growth. Ranked 11th in connectivity and 22nd amongst global ports, demand for the port is increasing steadily, and so is its competition. As the Colombo Port’s three current operational terminals, the Jaya Container Terminal (JCT), South Asia Gateway Terminal (SAGT), and Colombo International Container Terminal (CICT) struggle to meet capacity demands, the development of the ECT has certainly become a matter of urgency.

India’s new Sagarmala port development initiative has also escalated anxiety amongst policymakers about potential loss in business, as over 70% of transhipment that passes through the Colombo Port is linked to India. Construction of the Enayam Port in nearby Tamil Nadu and the soon to be world’s deepest multi-purpose port in Kerala, suggest an explicit and pressing need for Sri Lanka to diversify its partners in the shipping business to keep the Colombo Port competitive. The best way to do this is to implement incentives for new investment, upgrade ancillary services for current and prospective consumers, increase efficiency to facilitate quicker turnovers, and expand berthing capacity to meet growing demand.

Why can’t the SLPA just develop the terminal?

Indeed, the largest opposition to the agreement has been the argument that if the SLPA is fit to develop the ECT itself, why is the Government getting other partners involved? However, the capacity of the SLPA to complete these development activities is more than dubious.

Though the SLPA has been one of the few state-owned enterprises able to recover any semblance of profit in recent years, it is also suffering from serious decline. According to the Ministry of Finance’s 2018 Annual Report, the SLPA saw its profit after tax reduce by 88%, from Rs. 12 billion in 2017 to Rs. 1.4 billion in 2018. This is in addition to total expenditure of the authority increasing by 5.5%, from Rs. 28.5 billion in 2017 to Rs. 30 billion in 2018. Moreover, if one interrogates the sources of this profit, it becomes painstakingly clear that the only reason the SLPA is even able to recover “net profit’ in the first place is because of the high performance of its privately run terminals, the SAGT and CICT, which markedly outperform the SLPA-run JCT. The authority is bloated, unproductive, and cannot specialise in service provisions the same way that private operators are be able to.

The Government itself has even admitted that the SLPA does not have the funds or capacity to undertake the required development activities within the time period or at the scale required. The recent Easter attacks, combined with the last 12 months of political turbulence, have tightened budgetary constraints and fiscal burdens on the national economy. As such, the optimal solution to Sri Lanka’s rising economic maladies is to capitalise on national assets by trying to attract external investment capital and improve efficiency. The liberalisation of port practices and the introduction of competition to the industry is an avenue worth pursuing. Given the importance of the port to Sri Lanka’s participation in international trade, the objective of the management system should be to achieve efficiency gains and generate new traffic in the ECT. This can only be done by improving service offerings and removing bureaucratic impediments, not coddling trade unions and stifling economic potential.

The fact that the SLPA retains a 51% stake in the TOC is a cause for concern in itself. The SLPA should not be playing the role of both a service provider and a regulator. This severe conflict of interest not only undermines competitive neutrality, but also consumer confidence. Instead, as the sole owner of the port, the authority should be transitioning its role into one of a landlord, responsible only for monitoring port performance and the enforcement of regulatory standards.


A step in the right direction

While the agreement on the ECT is not perfect, it is a step in the right direction. The dream of becoming Asia’s next maritime hub is not far-fetched for Sri Lanka, but it will only be possible with the right reforms in place and an honest openness to foreign participation. Time and again, we have seen global supply chains expand domestic markets, and there is no reason for Sri Lanka to miss out.

The performance of the SAGT and CICT have proven Colombo’s maritime potential, and it is time the Government made a concerted effort to achieve this. Sri Lanka has approximately 750 local shipping, freight forwarding, and clearing agents, but this is minuscule in comparison to Singapore’s 5,000. In order to make the most of the ECT’s capability, Sri Lanka needs to implement supplementary reforms that will attract leading shipping companies to bring their business to Sri Lanka and set up regional hubs for operations. This includes creating a stringent and transparent regulatory environment, as well as significantly reducing the bureaucratic and financial barriers that currently deter prospective stakeholders.

It is important to understand that maintaining economic sovereignty does not come from shutting out foreign capital and deep-diving into protectionist policies that accelerate economic decline; but rather, from capitalising on strategic opportunities that promote increased employment and growth, which thereby translate into economic agency. The Colombo Port is ripe for growth potential, and the Government should be proactive in implementing key reforms that will transform Sri Lanka into the maritime hub it seeks to be.


(Nishtha Chadha is a Research Intern at the Advocata Institute. Her research focuses on public policy, international relations, and good governance. She can be contacted at nishtha@advocata.lk. Advocata is an independent policy think tank based in Colombo, Sri Lanka. They conduct research, provide commentary, and hold events to promote sound policy ideas compatible with a free society in Sri Lanka.)

January 16, 2022 byNews Admin No Comments
Mahinda Rajapaksa called on Sri Lanka this week to embrace the future with hope and optimism, and to avoid dwelling on the first two years of this administration, which he claimed were robbed by the p

September 17, 2021 byNews Admin No Comments
ICRA Lanka, in its August Monthly Economic Update, declared that Sri Lanka is in crisis mode, and added that swaps and foreign currency loans would provide only temporary relief, and will not be suffi