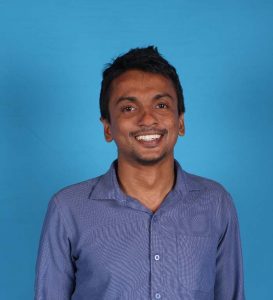 This article completes Advocata’s four-piece series on “limited government”. Over the past three weeks, we have presented three arguments in favour of a limited government. We began the series by delving into the mounting costs associated with a government of this size. The article questioned the rationale behind expenditure on this scale, given that the services provided by the Government are characteristically inefficient. Erratic power cuts and railway strikes seen in the recent past are testaments to this. From here, the series explored the question of how a government can best serve its citizens. The main argument presented was that when the powers and responsibilities of the State are decentralised, voters are given a stronger voice and are better able to hold elected officials accountable. The result is that public finances are better managed and service delivery improves. The last topic tackled in this series was that of corruption, expanding on how when a government grows in scope, as well as physical size – without the necessary governance and accountability measures in place – the window of opportunity for corruption widens. All three articles concluded on the same point – the size and role of the Government needs to be re-visited.

At a fundamental level, a government exists to protect the life, liberty, and property of its citizens. This is the first and foremost responsibility of a government and it is vital that this is given priority. The danger of governments expanding into other sectors is that these foundational responsibilities are pushed to the sidelines. When a government provides subsidies, creates price ceilings, and gives ad hoc handouts, it loses incentive to focus on its priorities. Giving a subsidy has an immediate impact on its voters, and a cycle of instant gratification begins. Parallel to election cycles, governments now have an easier, quicker method to win over voters. Ensuring rule of law and enshrining the negative freedoms of a population does not have the shiny appeal of a handout – the positive, virtuous cycles that these freedoms and protections create are strong, they can permeate institutions and change cultures of work. However, they can take years to come into effect, and are difficult concepts to convey through the flashy advertisements of an election campaign.

Of course, this means that governments respond to the attractive incentive of a quick win and an extended term in office, and prioritises the handout over the fundamentals of freedom. As much as these freedoms can create virtuous cycles of growth and development, the neglect and deterioration of these freedoms can create dangerous cycles of corruption, misuse, and violence.

The best way to illustrate these dangerous cycles is through the justice system. Unfortunately, we witnessed first-hand the aftermath of the Easter Attacks, where virulent rhetoric against the Muslim community resulted in riots, with 500 Muslim-owned shops being attacked and set on fire. In the face of this outbreak of violence, the rule of law was flagrantly abused, and peace was not upheld.

Eammon Butler, in his book “Foundations of a Free Society”, expounds on this in some detail. According to him, the rules of justice are a cornerstone of any free society. While rules of justice would mean that there are penalties for harming other people, in a free society, emphasis is also given to ensuring that the role and power of a government is strictly limited. This will mean that the monopoly over violence that a government has will not be used arbitrarily or in the self-interest of those who wield it. To quote: “The main problem of political organisation is not how to choose our leaders – that is easy – but how to restrain them.”

This seems reasonable and rational. No one wants an army-running rampant – you want to ensure that the people with the guns and ammunition have clear rules on when and why they can use it. Most governments recognise this and have mechanisms such as constitutions and the separation of the executive, legislature, and the judiciary to restrain those in positions of power. But the foundation of this is to ensure that citizens are all treated equally under the law – that all laws apply equally to all citizens and that there is equal treatment and due process of justice. For freedom to have meaning, it has to apply equally to the whole population.

When this does not take place, and there is essentially a break down in the rule of law, the immediate impacts might seem inconsequential. It might mean that someone gets out on bail when maybe they shouldn’t have. It might mean that tariffs are raised to protect politically important local business’s interests. Taken alone, these are singular events – which while problematic – don’t cause much consternation. However, this is a slippery slope which often ends in widespread corruption in the best case, and a complete breakdown of law and order in other instances.

Once again, recent events illustrate that all citizens are not treated equally under the law, and that instances where law and order break down are increasing in frequency. The Wennappuwa Pradeshiya Sabha (PS) Chairman issuing a letter prohibiting Muslim traders from conducting business at the Dankotuwa Market is a case in point. It is of utmost importance that steps are taken to ensure the rule of law is maintained, and the Government prioritises its core functions putting the safety and freedom of all its citizens at the forefront.

December 21, 2021 byNews Admin No Comments
HNB Finance PLC (HNBF) has, via a Colombo Stock Exchange (CSE) disclosure dated yesterday (20), announced that it had entered into a trade to acquire 105.6 million ordinary voting shares of Prime Fina