Tax cuts: Could Sri Lanka pull off a Georgia?

December 10, 2019 by themorninglk No Comments 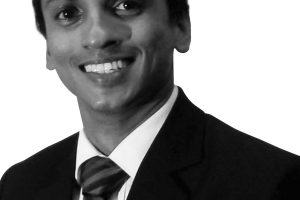 The tax concessions announced last week have taken our economic landscape by storm. There are conflicting opinions on this decision. While some businesses and experts commend the sweeping tax cuts, the revenue loss is a point of concern to others. Experts in the field have estimated that revenue losses could be as high as one-third of total revenue (1). A diverse range of headlines covering the issue question the practicality of these cuts, given Sri Lanka’s economic and fiscal situation.
While national conversation is currently centred on the tax cuts, there are also demands being made of the Government. An example would be the headline: “All Ceylon Transport Union writes to Prime Minister asking for a bonus.”

This is indicative of the balance the Government needs to strike. The rationale for these tax cuts by the Government was to broaden the tax base and spur economic growth. This reform is expected to result in revenue loss in the initial years, which leaves the Government with no option but to curtail expenditure before considering further borrowing. But the All Ceylon Transport Union (ACTU) has indicated that they are not ready to tighten their belts. In fact, they have very high hopes for further benefits from the Government.
The Government could be compared to an entertainer juggling too many balls while the audience watches on. While everyone is enjoying the show, they shoot questions at the entertainer. How are you doing this? How long can you do this for? Is it a gimmick or is it real?
This article is a commentary on the potential challenges a government will face when having to juggle too many magic balls. At one point in time, Georgia found itself in a very similar position.


How did Georgia manage this magic act?
Georgia, a country with a population of 4.4 million people, made serious tax reforms from 2004 after reformist leader Mikheil Saakashvili came into power.
The categories of taxes were reduced to six from 22. Instead of a complicated tax system, a simple tax system was introduced. VAT, which was at 20%, was brought down to 18% and Corporate Tax, which was also at 20%, was brought down to 15%. Dividend and Interest Income tax was also reduced to 5% from 10%. Income, Value-Added Tax (VAT), Corporate, Excise, Customs, and Property Tax were the only taxes applicable. All the other taxes were abolished. Ultimately, the result was that tax revenues increased by tenfold between 2003 and 2008. The country witnessed an increased inflow of foreign direct investment and real economic growth averaged 8% (2).
The caveat here is that above results were achieved not just by bringing the tax rates down. Their entire system went through a complete clean-up. An electronic tax payment system was introduced and strict laws were passed for tax evasion. In parallel to ongoing tax reform, the country also undertook regulatory reform in order to sustain tax income. For instance, 800 licenses were abolished and a digital property registry was introduced. The Government relaxed visa regulations for tourists to boost tourism numbers. Anyone who had a Schengen visa or was a tourist from a country which had a GDP per capita twice that of Georgia’s could freely enter Georgia, thereby boosting revenues (3).
Georgia expanded their reform agenda by adopting international standards which simplified and consolidated regulations. The Organisation for Economic Co-operation and Development’s (OECD) standards for pharmaceuticals, food, consumer products, and services were fully adopted and welcomed; special permits were not required for the OECD-approved goods and services to enter Georgia and the banking sector benefited from easier operations as a result of adopting these standards (4). In seven years, Georgia improved dramatically on its “Ease of Doing Business” ranking. In 2003, it was ranked 111th and by 2011 was 12th in the world.


Can Sri Lanka be the next Georgia?
Now, the big question is whether Sri Lanka could be Georgia in 2008, and in magicians’ language: Can we juggle these competing interests and achieve economic growth? The reform prescription Georgia followed was not rocket science. Reduced regulation, a low and simplified tax regime, proper contract enforcement, and the rule of law drive economic growth and businesses.
The newly introduced tax cuts may spur economic growth, but it has to be managed carefully. Sri Lanka is at risk of seeing its credit rating dropping, and given the expected rise in the budget deficit, the Government would also have to renegotiate the terms of the IMF bailout.
The next few years will be difficult, given the series of large loan repayments due till 2022. Widening the country’s tax base will take at least two to three years, and this should be supported with further reforms in the economy in order to stimulate business and trade. Whether we started juggling an extra ball at the right time is the question of the hour. The Government will have to commit to further reform and focus on limiting expenditure if these tax cuts are to be successful.

(Dhananath Fernando is the Chief Operating Officer of the Advocata Institute and can be contacted at dhananath@advocata.org. Learn more about Advocata’s work at www.advocata.org. The opinions expressed are the author’s own views. They may not necessarily reflect the views of the Advocata Institute or anyone affiliated with the institute)
[1] Lalin Fernandopulle and Indunil Hewage. Biz community welcomes tax reductions. The Sunday Observer. Retrieved from http://www.sundayobserver.lk/2019/12/01/biz-community-welcomes-tax-reductions. Accessed 4 December 2019.
[2] Gia Jandieri. Economic Reforms in Georgia: Their relevance for Africa? The Brenthurst Foundation. Brenthurst Discussion Paper 7/2009 (2009). Retrieved from http://www.thebrenthurstfoundation.org/workspace/files/georgias-economic-reforms.pdf. Accessed 4 December 2019.
[3] Ibid
[4] Ibid

August 26, 2020 bythemorningeditor1 liberty No Comments
Following the announcement by the TRCSL with respect to the implementation of NP, Dialog Axiata PLC said it welcomes the re-initiation by the TRCSL of a roadmap to reach the international best practic

People’s Bank will not be privatized, says Mangala

June 26, 2019 byCharindra No Comments
Finance Minister Mangala Samaraweera today said that recent news reports stating that the People’s Bank is to be privatized are "completely false and misleading".