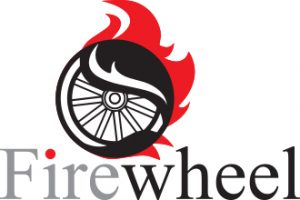 Even though numerous apps are being developed the world over, we hardly come across apps that aim to solve issues relating to bureaucracy and government inefficacy. However, our very own island strives to fix this. Aptly named, FixIt is a one-of-a-kind app that’s set to empower every Sri Lankan citizen to initiate positive change in the country.

The app is the brainchild of Dhammika Perera, founding Chairman and Managing Director of Vallibel One Group, widely believed to be the wealthiest man in Sri Lanka. Perera came up with the concept for the idea a couple of months ago and partnered up with Arimac Lanka to make his vision a reality.

FixIt is best described as an application that helps the people of Sri Lanka by giving them the opportunity to fast track the fulfilling of government duties in order to help the country function better and thus prosper. Using the latest AI (Artificial Intelligence) technology, the app is set to change the lives of every citizen in Sri Lanka.

Speaking of AI recently, Perera said: “Where human intelligence fails, AI steps in. Human knowledge is overridden by our emotions, while AI has no emotions. Therefore, developing the country would be much easier.”

The app is fairly simple. If you observe something that needs fixing – for example, nonfunctional traffic lights or piles of garbage that need cleaning – all you have to do is take a picture using the app and submit it.

The app will use AI to automatically sort the entry into the relevant category (e.g. garbage, traffic signal problem, etc.) and then send the picture, along with your GPS coordinates, to the administration department of the relevant authority, which will in turn, will be required to take the relevant action.

The information submitted is looked at by a particular administration officer and then pushed through to the relevant authorities. The app has a dashboard in its backend where all reported incidents are recorded as well.

Once the problem is fixed, a picture of the fixed issue will be taken and then posted against the original complaint by the public.

If anyone is yet unhappy with the solution, then they are given the opportunity to reopen the issue again.
The app is geared toward providing convenience and more importantly, results to the public. For example, if a traffic light in a certain area is broken, our first instinct is to call the Police and inform them. But more often than not, it is likely that we will be transferred to other government institutions such as the RMV or the RDA – a common occurrence which usually yields either very delayed results or none whatsoever.

The app is able to push this information out to the relevant authorities almost immediately and speed up the process to get everything back on track. As such, the initiative lies with the public, where they are to report such incidents so that the government institutions can be informed.

The second phase of the app sees the inclusion of more AI features. When problems get reported through the app, it remembers the type of problem, where it happened, and how often it happens.
The app will then gather this information and determine the source of these problems and under which circumstances they usually occur.

For instance, if you consider a certain area in which garbage collects every two weeks, information from the app can be used to predict when the CMC lorry needs to be sent to pick it up.

Likewise, the whole idea of the second phase is to capture that kind of data in order to generate corrective action and to figure out how governmental institutions can periodically or systematically address these issues proactively in the long run.

However, one of the biggest challenges faced is getting government institutions on board and in turn, getting them to act efficiently.

This app does not only aim to improve the day-to-day lives of the public, but also help government departments by reducing expenses through increased efficiency.

FixIt is not only about making a better living environment for all of us, but is also about saving cost for the government as well. How much each department would save depends largely on how he app is used.
While initially most of its data and usage is predicted to come from big cities like Colombo, Galle, and Negombo, the app is said to be functional islandwide.

The app is said to evolve as it gathers more and more data and is predicted to be able to forecast occurrences as time progresses. In order to enable this kind of forecasting, Arimac Lanka will also have to look into integrating the app with social media.

The project is currently is in its development stages and the app is set to be released in a few months, with the aim of helping Sri Lankans “fix it”.

October 26, 2019 byThe Sunday Morning No Comments
On 11 October, Microsoft held its first AI for Accessibility Hackathon in Sri Lanka, bringing together business partners to develop prototypes of AI solutions that can transform the daily life,