Blazing vegetable prices: No respite for farmers and consumers

December 27, 2020 by Nethmi Liyanapathirana No Comments

Following the constantly recurring pattern of vegetable price inflation, the Government has proposed several steps to resolve the issue, though a long wait may be at hand to see their results.

The current plan deployed by the Ministry of Agriculture was to make direct purchases from the farmers, eliminating the involvement of an additional third party – whose doings are accepted to be the root cause of these massive price contrasts.

Minister of Agriculture Mahindananda Aluthgamage, who visited economic centres in the Western Province, as per the President’s instruction, analysed the drastic disparity of prices in the market in contrast to the prices charged by the farmer.

Aluthgamage explained to The Sunday Morning that the price differences are sometimes over 100% – 1 kg of potatoes, which originally costs Rs. 140, may cost around Rs. 280 per kg in Colombo, while one unit of leeks, which would originally be around Rs. 25, could cost Rs. 70.

“Officers of our Ministry are deployed in Nuwara Eliya to conduct a pilot project as a test run. The trial was to be observed at the economic centre in Narahenpita on Tuesday (22), and it is a test project of two weeks. On 24 December, the second load of vegetables will be deployed in the same manner,” explained the Minister.

Weeding out the industry mafia 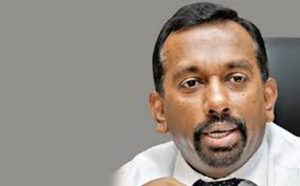 “It has to be noted that there is a huge mafia within the industry, and through our pilot projects, it was even more apparent,” stated Aluthgamage.

Pointing to the Narahenpita Economic Centre, the Minister shared that it was assigned to 30 farmers in Nuwara Eliya, who were renting the shops at Rs. 30,000 each, amounting to a total of Rs. 150,000 per month.

He explained that these shops were assigned to the companies Araliya (Dudley Sirisena), Nipuna (Siripala Gamlath), and New Ratna (L.J. Mithrapala), who similarly rent out the shops to the farmers.

“The final market prices calculated include transportation between all the intermediaries involved, calculated wastage, commission, and rent for the shop owner. So there are an additional four or more gatekeepers involved.”

The Minister stated that they plan to cancel out all the licenses of the rented-out shops, and give it to the four farmers’ associations in Nuwara Eliya, which are their vegetable-collecting centres. Farmers will thereby be directly bringing the vegetables to the economic centre with no third-party intervention.

“We bought it directly from the farmers, keeping only a Rs. 5 profit, and yesterday (22) the price of every kilo of goods in Narahenpita was reduced by Rs. 50. Usually, the 200,000 kg harvest brought to the centre takes up to two to three days to be sold. Yesterday, everything was sold within the day because of the fair prices,” claimed Aluthgamage, assuring that the deployed pilot project was a “100% success”.

What the intermediary does is provide farmers with a year’s worth of fertiliser, or give out loan benefits to fill his own pockets at the end of the day, he alleged.

“Now we hear tales of the mafia threatening farmers in Badulla to prevent them from directly selling their vegetables to us, the Government.”

The need for definitive action 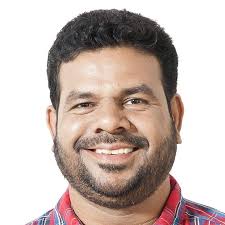 “During the first wave of Covid, there was some sort of Government intervention surrounding vegetable prices, with a set Government regulatory price. However, within just six days of implementation, the regulation price was altered and amended four times over. A Government regulation clearly cannot be imposed with this level of instability”  All-Island Farmers Federation National Organiser Namal Karunarathna

Former MP and All-Island Farmers Federation (AIFF) National Organiser Namal Karunarathna revealed that in cultivation, farmers face issues surrounding fertiliser – specifically, Triple Super Phosphate (TSP) fertiliser (mada pohora), which is either scarce or overpriced. According to him, the general set price, as per Government regulation, of a unit portion (50 kg) of fertiliser is Rs. 1,000. In reality, a unit is sold at least at Rs. 1,500-1,600.

There is also the issue of the Yara Mila fertiliser, which comes in 9 kg units and is a prerequisite for purchasing other types of fertiliser, even when non-essential – which induces an unnecessary out-of-pocket expenditure for farmers, according to Karunarathna.

“We do appreciate the Government’s efforts,” affirmed Karunarathna, as the chairperson for the federation body he represents. However, he added that if this proposal stagnates in the conceptual stage – as has been the case with many other declarations in the past – it will be useless. For example, amidst major concerns around rice, regulations were gazetted a total of five times within this year alone, yet the real issue remained untouched, he claimed.

“During the first wave of Covid, there was some sort of Government intervention surrounding vegetable prices, with a set Government regulatory price. However, within just six days of implementation, the regulation price was altered and amended four times over. A Government regulation clearly cannot be imposed with this level of instability. If it is such an intervention that the Government talks of bringing back again, we are put in a position where we cannot accept it,” he said.

The All-Island Farmers Federation, according to Karunarathna, is fully prepared to extend its complete support to the Government – if and when they are truly earnest about following through on such actions.

An environment that fosters exploitation?

The very basis of the current constant increase in prices of agricultural goods is not exactly due to the lack of control of intermediary parties, according to Karunarathna.

By now, the cost of production is at an all-time high. The prices of commodities in general are skyrocketing and inflation rates are surging, with currency notes being printed at an alarming rate, and the value of the rupee increasingly depreciating, he explained.

There is also the generally accepted fact that 40% of the country’s total crop is wasted, he added. There are no cooling and storage-based methodologies in the country, such as refrigeration and the cool room method, to minimise the vast post-harvest food waste.

Intermediary buyers, operating under this preconception of 40% of product going to waste, pay farmers only 60% of the value of what they acquire. This generally-accepted 40% waste estimate does not apply to all scenarios, but it affects pricing far more severely than expected – oftentimes it is used to justify injustices and blunders on the part of certain intermediaries. Thus, the shortcomings in the country’s post-harvest food assortment and preservation industry lead to gross exploitation, calling for prompt action to remedy the issue.

The AIFF, backed by Karunarathna, has been voicing this need for a considerable period of time, dating back to Mahinda Amaraweera’s time as the Minister of Agriculture, when promises were made to adopt these technologies in Bandarawela and Dambulla, according to Karunarathna.

“They did start adopting them in Dambulla, but this came to a halt due to certain problems that arose midway. Most of these ambitious proposals are stopped midway due to unfortunate clashes and personal agendas of the parties involved,” Karunarathna explained.

Meanwhile, Minister Aluthgamage, when asked about Karunarathna’s proposal to adopt cooling technology to reduce post-harvest wastage, instead assured that wastage could be controlled with current technology – the pilot project deployed in Narahenpita kept wastage even below 2%, as produce was transported in crates. Usually, vegetables are transported in gunny bags from Badulla, to Keppetipola, to Dambulla, and then to Narahenpita– leaving ample room for wastage to happen.

The Minister was quick to point out that Karunarathna’s recommendation to adopt cooling technologies was also highly impractical within the Sri Lankan context, due to the need for a continuous cold chain for preservation.

However, Karunarathna opined that all ministers are very good at appointing committees to look into issues – but not at devising a detailed action plan for implementation. 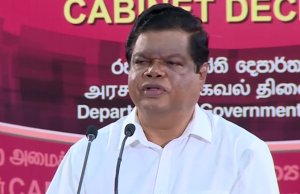 “Most ports are closed, and with sudden discoveries of Covid-19 cases, ships are diverted into other countries. By the time they come back, perishable goods would already be destroyed. At this time, only impractical politicians will talk about controlling commodity prices”                                    Minister of Trade Bandula Gunawardena

Minister of Trade Bandula Gunawardena has noted the local economy’s dependence on imports, despite local production capabilities. “With the situation in the world right now, the international supply chain has been damaged. Most ports are closed, and with sudden discoveries of Covid-19 cases, ships are diverted into other countries. By the time they come back, perishable goods would already be destroyed. At this time, only impractical politicians will talk about controlling commodity prices,” he said.

When asked what steps the Government is taking to control and manage commodity prices to regularise the standard of living, Gunawardana responded: “The liberalised economy Sri Lanka followed since 1977, while giving us access to global resources, is also doomed to collapse when other economies collapse. The world is facing an economic crisis even worse than the Second World War right now, and we cannot take Sri Lanka as one country and try to address the pricing problem.

“The only solution to overcome this is to build a national economy – this is what President Gotabaya Rajapaksa is trying to achieve through the Saubagya Dakma initiative. Under this policy, we have now stopped importing products that can be homegrown, such as cashews, certain spices, peppers, etc. Others, such as dhal, will have to be imported. We are already taking steps to strengthen these local productions. This is the only thing the Government can do in this situation.”

He further added this is a long-term process that is unavoidable, as we are amidst a global crisis.

According to the daily price report of the Central Bank of Sri Lanka, there has been a whopping increase in wholesale and retail prices of goods this week. The price of beans in the Dambulla market, which was Rs. 145 on Monday (21), jumped to Rs. 175 the next day, due to low supply from Nuwara Eliya and Mandaramnuwara.

Similarly, the price of carrots, which was Rs. 125 on Monday (21), climbed to Rs. 145 the next day due to low supply from Pussellawa and Bandarawela.

Although the price of coconut decreased from Rs. 79 to Rs. 75 over the same period, due to favourable supply from the Melsiripura and Kurunegala areas, the price of red onions increased to Rs. 380, while the price of fish increased by Rs. 50 daily in the past week.

Consumer Affairs Authority (CAA) Chairman Maj. Gen. Shantha Dissanayake, when asked about steps taken to control the commodity prices, stated that, while the CAA continues to carry out raids on traders violating the stipulated prices of commodities, the CAA has no further information it wishes to share with the media regarding the situation.

March 1, 2020 bySarah Hannan No Comments
Residents of the Rajanganaya, Yaya 18 area in Anuradhapura recently raised concerns over 100 acres of land being allocated for an aloe vera plantation project in the Wilpattu buffer zone.

Restoring the environment | A work in progress