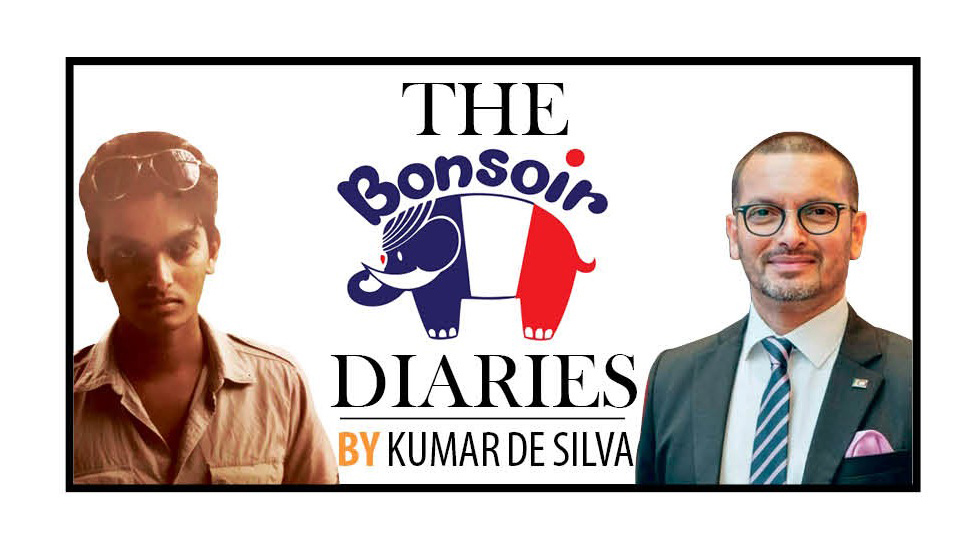 A greater part of the success of Bonsoir was not only its content, but also the healthy interaction we had with our viewers across the country. Those were the early days of television in Sri Lanka when mobile phones, text messages, and live streaming seemed like they were out of another planet. Our extra communication tools were confined to letters and postcards.

With Le Galadari Méridien one of our sponsors, we hit upon the idea of presenting a monthly component called “French Cuisine on Bonsoir”. The chef at the Méridien at that time was Emile Castillo who graciously welcomed us to his kingdom – the kitchen of what is today’s California Grill. Emile’s assistant at that time was the talented dancing chef Anushan Perera, who today, quarter century later, is the boss of the same domain.

Our rendezvous with French cuisine was early on a Saturday morning when the restaurant was empty and we had it all to ourselves. Being the gastronome she is, this was Yasmin Rajapakse’s speciality. I just tagged along to help in the filming and of course sample the finished product on camera.

Friday nights were heavy with dinners and Emile slept in the wee hours of the morning. But there he was up again, early on Saturday for his rendezvous with Bonsoir. A cold water shower and steaming cups of black coffee did the trick, we learnt.

Emile had all the ingredients cleaned, cut, chopped and presented in glass bowls which we laboriously filmed one by one. We then had to film the cooking process step-by-step to make editing easy. Poor Chintananda Abeysekera had it tough – creeping through tables and chairs, getting entangled in cables and avoiding getting his head hit by hanging pots and pans. Adding to the agony were the steam and vapour blurring the camera lenses, and, his spectacles. He was such a martyr. Or rather we made him one. 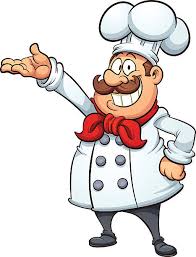 Bonsoir also filmed with Chefs Max Huftier, Antoine Rodriguez at Le Galadari Méridien and Chef Augustus de Hoedt at the Ramada Renaissance (now Cinnamon Lakeside). And with them, Yasmin took Bonsoir’s viewers on a gastronomic tour through different parts of France and through different genres of cuisine. Among the more popular ones were:

We also had a whole range of sinful desserts the French are reputed for:

The response we had from the public was fabulous. All they had to do (and which they did) was to send us a self-addressed stamped envelope (SAE) to receive a free copy of the recipe.

We have also had our share of unforgettable moments filming French cuisine. Emile once made a piping hot lamb pie. The crust on top was thick and thus trapped the heat inside. Bonsoir’s cuisine sequence required that Yasmin and I tasted each dish on camera, that we go into visible ecstasy about how d-e-l-i-c-i-e-u-x it tasted and then request viewers to send us the SAE.

After once memorising her lines and not realising that it was burning hot, Yasmin put a generous forkful of the lamb pie into her mouth, scalded her tongue, screamed and spat it all out making Chintananda and his assistant Shelton run helter skelter.

Another incident was when I purposefully led the pious, non-beef eating Chintananda on to taste a veal vol-au-vent. In all naivété, at that time he didn’t know what veal was. Half way through when I told him what it was, he turned green in his face and sprang into the air and spat it all out, on himself, on our camera and on all of us around him.

January 10, 2021 byRusiru Keppetipola No Comments
Following countless months of a prolonged halt to tourism, the key player in Sri Lanka’s economy, Sri Lanka welcomed its first foreign tourists – 185 Ukrainians on 28 December 2020 – amidst some..

October 13, 2021 byNews Admin No Comments
High School Junkies recently announced their brand new upcoming project titled Temporal. Tackling Sci-Fi this time around, the filming for the short film is already underway having done most of the gr