October 11, 2020 by Madhusha Thavapalakumar No Comments 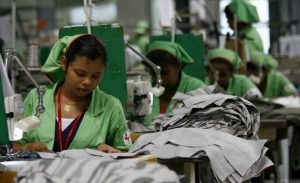 After fingers were pointed at apparel sector workers following the detection of the new Covid-19 cluster, leading to creating social stigma, apparel associations and leading apparel companies have come to their defence.

“Why can’t people understand that apparel workers are a part of society too? This could have happened to anyone from any sector. Do not attack them, do not criminalise them, and certainly do not disrespect them,” Cooray stated.

“I have seen negative reports accusing the entire apparel sector and its workers circulating since last Sunday (4). What I can say is they are not true in any way. Stigmatising the apparel industry and its workers has always been the culture. What we should do now is get together and emerge from this situation as one,” Lakhany told us.

Health authorities last Sunday detected a Covid-19 case in the community for the first time in about two months – an apparel factory worker from the Gampaha District attached to Brandix Apparel Solutions Ltd. in Minuwangoda. Subsequent PCR tests conducted on the patient’s close contacts detected the largest cluster found in Sri Lanka, and the cluster mainly consisted of the workers who worked in the same apparel factory.

Brandix Apparel Ltd. and MAS Holdings (Pvt.) Ltd. are the two largest apparel companies in Sri Lanka. When contacted by us, an official spokesperson for MAS stated that MAS is hopeful that no lasting negative perceptions have been created regarding apparel workers or the industry.

“We are optimistic that no lasting negative perceptions have been created by this latest outbreak on the 300,000-plus associates employed by our industry directly, or indeed to the larger community to whom it provides indirect livelihood,” he added.

Social media posts and several news reports were quick to point the finger at Brandix, accusing them of not adhering to health guidelines and of forcing workers to report to work despite increased body temperature. In addition to this, Brandix was also accused of bringing down Indian nationals to their facility without requiring them to be quarantined upon arrival in Sri Lanka.

Meanwhile, clarifying concerns pertaining to their facility in Minuwangoda on Wednesday (7), Brandix stated that they have identified the primary female party is the owner of a hostel, while the two members occupying her hostel and the supervisor being referred to are employed by a third-party cleaning service provider contracted by the Brandix Minuwangoda facility.

The company also denied providing access to any party from India or any other country to the facility during this period.

“We operated three chartered flights from Visakhapatnam, India for our Sri Lankan employees working in India and their families, who returned to Sri Lanka. We confirm that they, including their families, followed the Sri Lanka Government protocol for the prevention and control of Covid-19, which includes PCR testing and a 14-day mandatory quarantine at a government-regulated quarantine facility, as well as the 14-day self-quarantine process done under the supervision of the respective PHIs. Further to this, it must also be noted that none of these Sri Lankans nor their family members visited the Minuwangoda manufacturing facility,” the statement from Brandix added.

Commenting on these allegations against Brandix, Cooray stated that in no way would the company have been negligent in terms of the safety of its workers, as it is one of the companies that adheres to all the health guidelines issued by the Ministry of Health.

“Brandix is one of the best companies in the world. I do not think these allegations are true and I cannot accept them,” he added.

Speaking on the accusations against Brandix, Lakhany explained that the apparel workers from this particular company were asymptomatic and, if at all, the maximum the company could do is check the temperature of the employees, mandate washing hands before entering the building, and wearing a mask.

When the first case of this cluster went almost undetected even by hospitals, how can we expect an apparel company to detect it merely by checking the body temperature, Lakhany questioned.

Both Lakhany and Cooray expect the ongoing situation to have an impact on the apparel sector, but quantifying the impact at this stage is premature, according to Lakhany. Nevertheless, both of them assured that the industry has already provided the necessary facilities in terms of safety to its workers.

Meanwhile, MAS confirmed to us that they continue to adhere to stringent protocols and health guidelines over and above those stipulated by local authorities across all MAS facilities. Employees are provided with protective gear, regular sanitisation, and other standard operating protocols that include social distancing on production floors, cafeterias, and production meetings, stringent temperature checks, as well as restricted interactions between external parties and team members belonging to different shifts, it said.

“MAS also places all raw material sourced from external suppliers in quarantine for 24 hours to eliminate any possibilities of virus transmission from material surfaces,” the company noted.

Sky’s the limit for hospitality industry with cloud

November 10, 2019 bythemorninglk No Comments
Why all players in the hospitality industry – from travel planning websites to accommodation services – must capitalise on the cloud.

Can industry-specific ministers fix this issue?

August 30, 2020 byCharindra No Comments
A host of state ministers have been appointed for specific industries, but the Advocata Insitute highlights a fundamental problem which, if resolved, would benefit many industries in one go.