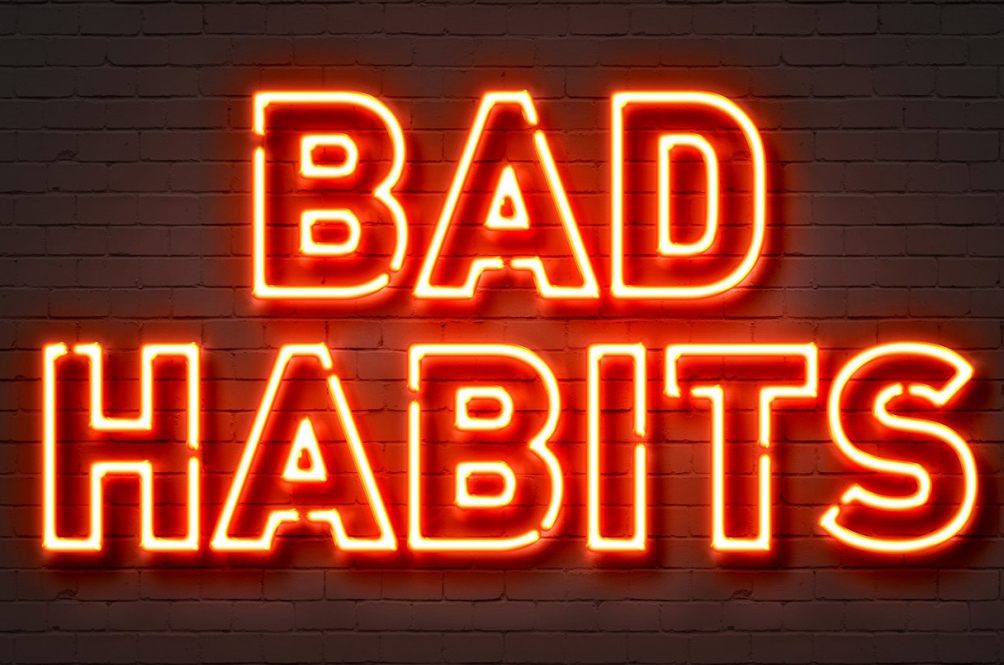 Well, I think we can all agree that we have some bad habits. There is probably something you do not even realise is a bad habit, but for those of you who do realise, I am sure you have tried to shake it off a million times. Sometimes, you might have been able to stop it/them for weeks at a time – or even months – but somehow it comes back to you. It could be anything – anger issues, indulging in junk food or sweets all the time, or even the smaller bad habits like drinking way too much coffee a day (at this point, I am just attacking myself because I have like four cups of coffee a day). For me, my bad habit is biting my nails. I try my best not to, but every now and again it just happens when I am stressed or anxious about something. But not anymore! It is time for us to break our bad habits, once and for all.

Now, you may have heard that it takes about 21 days to break a bad habit, which really is not a lot at all as it is three weeks of dedication and hard work. But then again, depending on the person and the intensity of the habit, it could take longer. So just bear that in mind as we move forward. Do not fret too much on how long the process will take – just know that as humans, we are always evolving and setting goals to achieve. This is just another goal for you to tick off your list! Also, everyone has a different speed in which they work, so you need to assure yourself that things will happen naturally. After a certain amount of days, the urges you have will fade away and you won’t really think about those habits. But if urges do come up, you have to remember to say no in order to keep it going consistently. However, if you do not say no, you will be back at square one, and that does not have to be a bad thing.

I would advise focusing on one thing at a time. This is so that each habit gets the attention it needs to be broken. Do not stack up all the problems that you want to fix, in the sense that if you are going to stop drinking soft drinks, do not try to stop having sugar as well. Do not make it too much for you because it will overwhelm you, and that could cause more damage than the bad habits! These things are bound to take time. Obviously, there are some behaviours in life that come with a domino effect. The primary one being exercise – it improves productivity and might even push you to eat better. Since you are releasing all that energy, you have more patience and calmness in your system, which at the end of the day is a good thing. What you should take away from that is that one changed habit has the opportunity to have an enormous impact on everything else and a positive one at that.

So let’s get into the three-step guide!

1 Identify your bad habit and why you are breaking it. You need to do this so you consciously

know there is a valid reason for it and also so that you make an effort to change it, because if you do not have a reason, the likelihood of you breaking the habit is super high. The point is to say no to yourself and in turn, to the habit.

2Replace your bad habit with a healthier alternative. As I said before, I bite my nails when I am stressed, but as of recent, I have been trying to maintain my calmness; I firstly avoid the stress by planning in advance and setting weekly goals. Also, reading something uplifting when I am stressed has been helping me a lot. It is difficult and most often than not, I run to get a slice of cake, but I am trying to break that habit!

3Once you know what your bad habit is – the one you want to break at least – do not do it for a month. One month could change your whole life IF you let it. Just know that there is a reason behind breaking this – there is an alternative. And if you fail in the first month, all you will have to do is press the reset button.

May 9, 2021 byPavani Jayasinghe Munagamage No Comments
Meet Devni Wimalasena, everyone. It brings me so much joy to feature her on this week’s edition of Happinez, and I am even more happy to introduce her to those of you that do not know her/of her. Devn