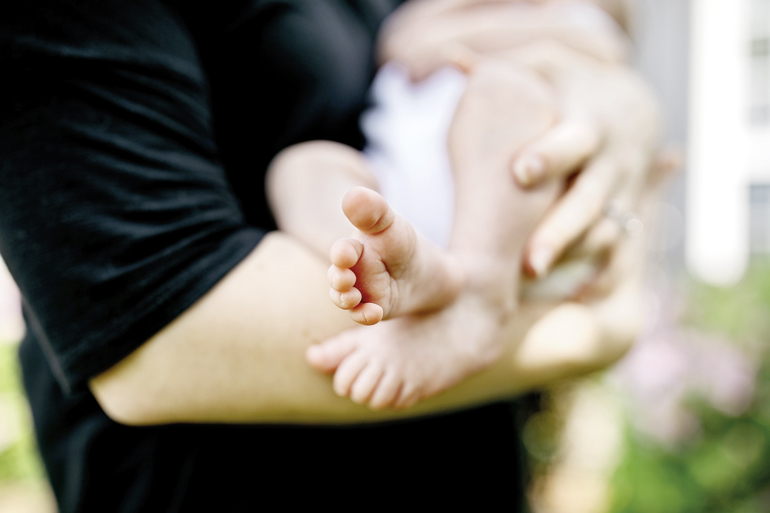 A round-table discussion was launched by World Vision Lanka on 30 August at Hector Kobbekaduwa Agrarian Research and Training Institute. The discussion centred on the empowerment of working mothers to breastfeed their children through the creation of a parent-friendly workplace. The discussion that morning saw in attendance representatives of the Public Health Services of the Ministry of Health, Family Health Bureau, Sarvodaya Women’s Movement, The Nutrition Society of Sri Lanka, Department of Labour, UNICEF, Chamber of Commerce, The Employers’ Federation of Ceylon, and private sector companies.

Health professionals often advise that the act of breastfeeding begins within the first hour of the baby’s life. Within it are numerous benefits with lasting impacts leading up to adulthood. An increase in brain volume is one. A 2017/18 study by Catherine Limperopoulos and Katherin Ottolini suggests that breast milk appears to aid white matter microstructural organisation in preemies’ developing brains.

The National Child Development Study (NCDS), which sought to examine the effect of breastfeeding on intelligence in two consecutive generations of British children, found out that it tends to improve IQ. Whilst breastfeeding wasn’t significantly associated with an increased intelligence, the study was able to uncover that the first generation showed an increase in intelligence from ages seven to 16. In addition to this, breastfeeding renders benefits such as a 26% reduction in the risk of obesity and reduction in the risk of heart disease, hypertension, diabetes, and leukaemia. Mothers harness benefits through the act of breastfeeding alone, as it is proved to reduce the risk of cancers such as breast (39% less), ovarian (26%) and endometrial. The improvement of bone health, weight loss, and the reduction of insulin requirement as well as anaemia are other noteworthy benefits.

A majority of parents of the current day and age resort to formula feeds, and the discussion placed focus on the adverse impacts of such products. Our curiosity grew through the comparison drawn between formula feed and smoking. A person who smokes more than 20 cigarettes a day are almost three times more likely to develop a lung infection than persons who have never smoked in their entire life (American College of Chest Physicians). A child who is formula-fed, on the other hand, is a staggering 17 times more likely to have a lung infection than a breastfed child (British Medical Journal). Another striking comparison made was that the IQ of a child who was formula-fed was lower than that of a breastfed child (seven to 10 points), whilst a person who smoked 20 cigarettes or more a day tended to have IQ scores 7.5 points lower than non-smokers.

Considering the benefits of the act, it is only appropriate to legislate and systemise breastfeeding at the workplace. Mothers are quite often incapable of getting back to work due to the lack of facilities; thereby, a movement to take breastfeeding beyond the conventional framework was addressed during the discussion.

The conventional framework surrounding breastfeeding taints the perception of work done by an unemployed mother, as the work done at home is often unreported, undervalued, or underpaid, whereas the male role of generating income is often valued higher than the service rendered by a stay-at-home parent. As time goes by, contemporary etiquette warrants for apt measures, ideally the implementation of legislation.

The panel spoke of numerous proposals for the purpose of taking the first step, and the method of preparing mothers was one. Whilst mothers are advised to prepare for work within 42 days, they are encouraged to learn to express breast milk. The caregiver is then able to feed the baby the expressed milk starting one feed a day, which could be extended gradually.

Points to note during storage

The win-win situation created for companies and employees through the support rendered towards breastfeeding was also a point of discussion. A workplace could ideally start by respecting laws on paid maternity benefits and paternal leave. It is advised that support is given to breastfeeding colleagues along with the extension of worksite accommodation to continue breastfeeding. Ideally, a workplace accomodating breastfeeding would encompass a confined space with adequate privacy accessible to all women employees. It must contain amenities such as adequate seating space, a wash basin, and storage facilities (e.g. refrigerator).

The movement hopes to partner with trade unions to inform working women of their rights such as social security policies and the legal background, which are capable of monitoring initiatives in support of the cause. An environment where fathers actively partake and share the responsibilities with women to extend optimal care and support to infants and young children was outlined as yet another aspiration.

Exploring slam poetry, the written word, and the power of performance

July 1, 2021 byNews Admin No Comments
Creativity is not limited simply to art and music. It also extends to the written word. The pen does indeed possess the power to be mightier than the sword, and it is the dream of writers everywhere,