Breastfeeding: Getting the support you need

Breastfeeding your little bundle of joy can be a beautiful experience, but at the same time, it can be tough, time-consuming, and even daunting. While we focus on all the benefits of breastfeeding, it is also important to identify and address the challenges new parents face. We are often told to go into it with the expectation that it will all come naturally. However, at times it doesn’t, which can leave new mothers feeling stressed, guilty, and anxious. In this light, we spoke to “The Milk Coach” Founder Nicole Parakrama, who founded an online community dedicated to supporting new parents to achieve their breastfeeding goals. 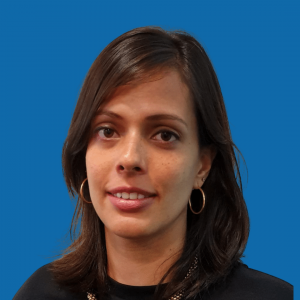 Data from several studies have emerged with newfound benefits of breastfeeding, especially during the Covid-19 era. Lactating mothers have been found to carry antibodies against Covid-19 after being vaccinated. Therefore, there is mounting evidence to suggest that breastfeeding your infant can protect against Covid-19.

These are challenging times for everyone, but especially so for new parents who might not have all the support they need. It is often said that “it takes a village to raise a child”, and in our Sri Lankan context, we often find the community and extended family rallying around the new mother to support her and help navigate breastfeeding. Instead, during these times, even family members might not be able to help.

Breastfeeding support during the early days

Many women find that the early weeks are the most challenging. Breastfeeding support during the early days can make a huge difference in establishing and maintaining the milk supply. In an Australian study, it was shown that new mothers require help and reassurance independent of whether this is their first or subsequent child. The authors emphasised the need to reinforce the requirement for support, breastfeeding information, and education about normal neonatal behaviour to help establish breastfeeding during the early postpartum period.

“One of the traps public health promotion can fall into is being so keen to promote breastfeeding that any challenges get glossed over,” it said.

Instead of oversimplifying the process, it’s important to have an open discussion to overcome some of these challenges women endure in silence. Therefore, platforms like “The Milk Coach” can bridge this gap by encouraging mothers to share their experiences of the challenges they faced and how they overcame them.

Some of the conversations we should have with expectant mothers are how hard it can be for some babies to latch on during the early days, nipple pain, information about growth spurts, and how often the baby might feed. Oftentimes, new mothers feel unprepared for what it’s really like and feel guilty when they’re caught unaware of how challenging it can be. They may think they’re doing something wrong, and as a result, it can impact their mental wellbeing. 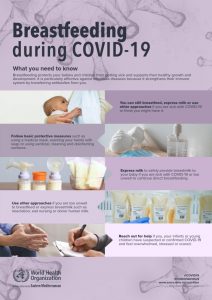 Lactation specialists may be able to intervene during complex situations but there is an enormous role peer support groups can play, especially to provide comfort and support, and safeguard the emotional wellbeing of new parents. Sometimes, normal behaviour in a newborn, such as frequent feeding during a growth spurt, wanting to be held all the time, and waking up in the night, is not discussed. Frequently, these are considered too minor to seek help for and women tend to feel that they’re doing something wrong. However, little things add up if they are not nipped in the bud and can quickly escalate and turn into big problems.

Sometimes, in order to make things work, mothers will have to supplement with formula and let go of the idea of exclusive breastfeeding, most often due to perceived low milk supply issues. This should be done under the guidance of a healthcare worker – either the midwife, nurse, family doctor, or paediatrician. Depending on the baby’s age, they will be able to guide the process. In instances such as failure to thrive or if the mother is being treated for postpartum depression, the doctor might actively encourage formula supplementation or weaning if it is in the best interest of the mother or baby.

The best way of caring for a newborn baby is to care for their mother, by supporting her and making her feel that her concerns and worries are valid. Rather than sugarcoating early motherhood as being “easy” or “natural”, we need to have an open dialogue and make mothers feel safe to express their feelings and concerns without judgment.

February 8, 2021 byNews Admin No Comments
The Government, it seems, is committed to destroying and annihilating our ecosystem and our wildlife. The high rate of deforestation, the stripping away of nature and wildlife assets, and now..