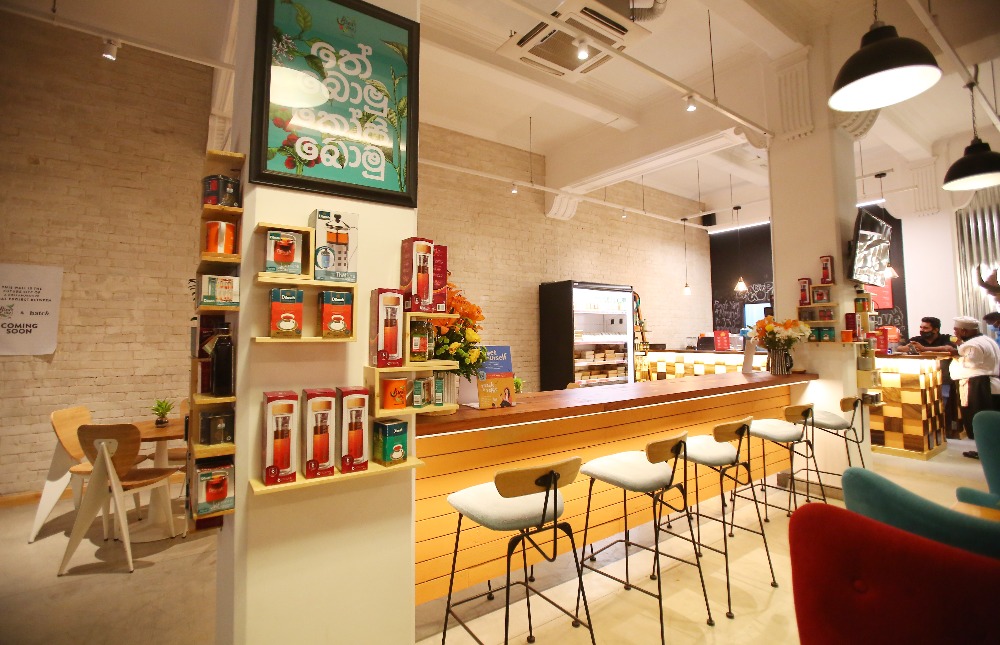 March 17, 2021 by Dimithri Wijesinghe No Comments

Brew 1867 by Dilmah opened their newest location at the Hatch coworking space in Colombo on Wednesday (10). 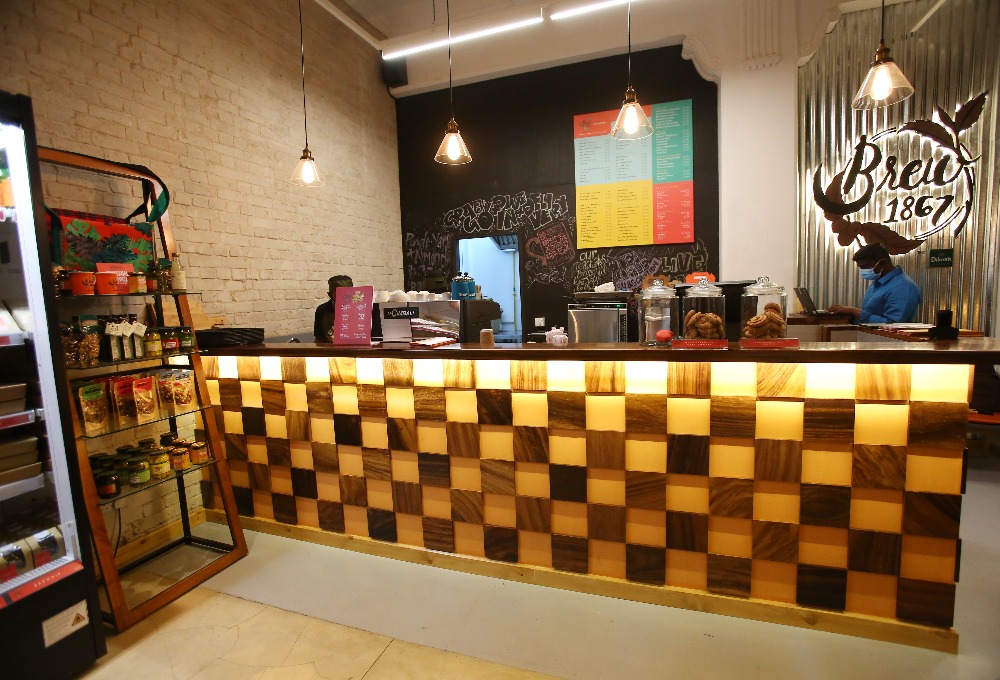 Known for their grab-and-go concept, Brew 1867 by Dilmah was first launched three years ago, with their first location in Navam Mawatha, following which they opened an outlet at the World Trade Centre, and their third was on Flower Road. Their new outlet at No. 14, Sir Baron Jayatilaka Mawatha, Colombo 1 (Hatch Works) will be their fourth location.

Speaking with Brew 1867 Operations Executive Indika Samarakoon, he shared that one thing people should keep in mind about Brew is that it is a café; often when people think of Dilmah, what comes to mind is only tea, but Brew is not only about tea. “Before tea, it was coffee in Sri Lanka. Ceylon coffee is really good, but a lot of people don’t know about it, and if anybody comes to Brew, they can experience pure Ceylon coffee,” he said.

He added that if you experience Ceylon coffee, which they serve at Brew, you will realise that it is better than what is being imported. Samarakoon commented that Ceylon coffee is growing exponentially, and the Dilmah Foundation has been contributing to help our farmers grow, and now, there is an increased demand for it.

Samarakoon also shared that the Dilmah Foundation has always made efforts to help Lankan communities, and therefore their brand new location at Hatch served as the perfect centre for it, particularly considering its reputation as a youth innovation hub.

“We think we are the perfect brand as a café to join them,” he said, adding that what they wish to do is engage with the community, and because they share so much in terms of goals and in developing Lankan communities, they were simply a great fit. He also said that this proximity allows for their collaborative efforts with Hatch moving forward.

Already impressed by the overwhelming support they’ve received on their opening day at Hatch, especially considering that Brew 1867 will be the only coffee place around the area, they’ve certainly got themselves the competitive advantage.

With the majority of the businesses around the area having been familiarised with the Brew concept due to their outlet in WTC, Samarakoon said that now they are able to provide an outlet that is much closer and therefore far more convenient to them. “They’ve grown accustomed to grabbing a quick meal to go from Brew. A quick and easy meal that doesn’t compromise on quality.”

He also added that Brew is not only about providing food and beverage, they are dedicated to providing an experience to their customers. “Anybody who comes to Brew, we want them to feel welcome and we want you to have the best café experience; whoever walks into Brew, we say ‘welcome to Brew’, and we really mean it.”

Of course, in addition to the high-quality meal and impressive customer service, compared to their similar competitors, Brew also offers relatively lower prices.

Why go to Hatch when you can go to WTC?

Samarakoon shared that with every new outlet for Brew 1867, they try to provide something new, and at Hatch, it is no different, as they have introduced the live cooking station concept – something that is not available in any of their other outlets. You can watch as your meal is prepared. The live cooking station adds an element of customisation as well, as you can order straight from the kitchen. “We have rice, kottu, everything, made right in front of you as per your request,” said Samarakoon.

With his 15 years’ experience in the industry, Samarakoon commented that while the pandemic has been most unfortunate, they were able to do quite well due to deliveries, as they chose to remain open as a service to their patrons.

“It was a community service we adopted; we were able to be there when our customers needed us,” he said. He said that as for opening up a new outlet during a pandemic, everyone is at a point where they are simply making efforts to sustain a business. Since it has been over a year since they launched their last outlet in Flower Road, he added that they felt now was the time, and considering the customer input, he said that they’ve grown confident that it was the right decision to open up their newest location at Hatch.

December 18, 2018 bythemorninglk No Comments
Conveniently located on the 28th, 29th, and 30th floors of Access South Tower, Elevate is the newest member to enter Colombo’s accumulation of iconic attractions.

Sri Lanka, a land of opportunity

February 18, 2020 bythemorninglk No Comments
Noreen Adham comes from England. Yet, she finds herself quite at home in Sri Lanka, so much so that she is even comfortable enough to have started her own business here.