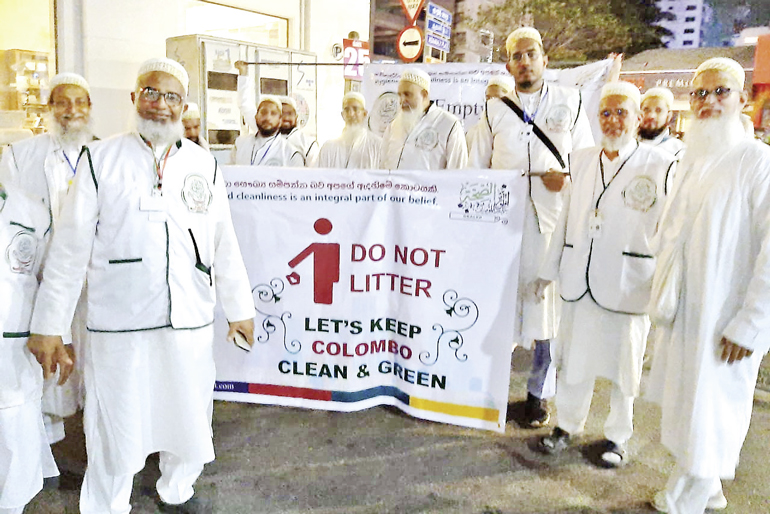 Members of the Dawoodi Bohra community undertook a mass cleanliness drive last Monday (9) to restore the beauty of the neighbourhood in Colombo where a 10-day Ashara Mubaraka sermon was held.

The cleanliness drive was led by the Nazafat (cleanliness) team of the Dawood Bohra community which strives to create awareness on hygiene and cleanliness and drive action by adopting numerous sustainable practices, the organisers said.

Islam has always placed great emphasis on the importance of food. It is considered a bounty of the Almighty and as such, wastage is not condoned in any form. The Holy Quran states: “Eat and drink, but do not waste, indeed Allah abhors the wasteful.” (7:31)

The Dawoodi Bohra community, under the guidance of its spiritual leader His Holiness Dr. Syedna Mufaddal Saifuddin (TUS), takes the matter of food wastage very seriously.

Dana (grain) committees have been formed in every town and city across the world where members of the Dawoodi Bohra community reside. Its objective is to eliminate food wastage within the community by ensuring that not even a single morsel of food goes to waste while inspiring others in the region to do the same. 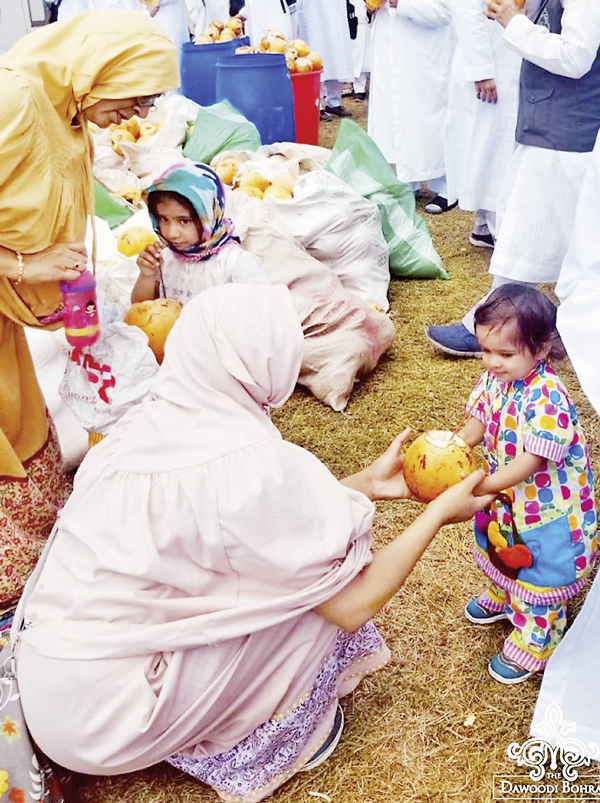 During the religious event

which recently concluded in Colombo, steps were taken to collect organic and plastic waste, recycle the waste, and ensure that none of it goes to landfills.

Prior to the commencement of every communal meal, Dana committee members make a short announcement to politely remind attendees of the zero food wastage policy.

Attendees are urged to order only as much food as is required and to make sure that every morsel of food on the thal (a traditional large steel platter around which Dawoodi Bohra community members sit and eat) is consumed before it is sent away. 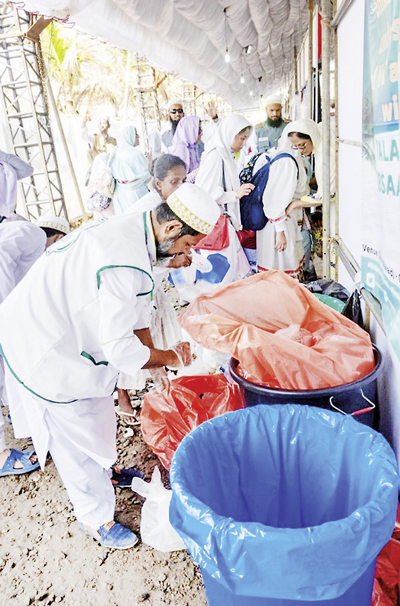 Once the thal is sent away, Dana committee members examine the sufrah (a square piece of plastic or cloth placed under the thal so as to prevent spillage) to make sure that there are no fallen grains or morsels remaining. Those morsels that remain are picked up and consumed. This action is in keeping with a prophetic tradition which urges every Muslim who comes across a fallen grain of food to respect it by lifting it off the ground and either putting it somewhere it will not be trampled or if fit for consumption, consuming it.

In the unlikely event that there is leftover food, due to unanticipated circumstances, Dana committee members pack up the leftover food in sterile food grade containers and place them near the exit of the communal hall for community members to carry home.

If there is still some food leftover, Dana committee members dispatch it to designated distribution areas where it is given to the homeless and the needy. Great care is taken to ensure that only the best quality food is given.

Continuing the time-honoured tradition of his forefathers, His Holiness Dr. Seydna Saifuddin chooses a different city as the venue for where he leads Ashara Mubaraka sermons each year.

Among the numerous advantages of such a practice, one major benefit is the transformation of the selected location into a cultural hub for the Dawoodi Bohra community.

The presence of His Holiness, the influx of thousands of visitors, and the co-ordination and co-operation with local, state, and national governmental bodies cement the local community’s standing. Since the event is replete with spiritual, economic, cultural, and social impact, cities vie for the honour of hosting it.

Written and oral petitions on behalf of host cities, often at large community events, begin several months prior to Muharram and they present His Holiness with reports of their preparations and planning. 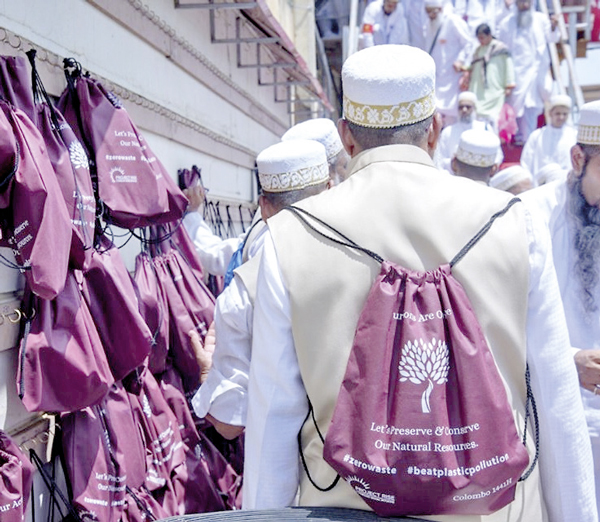 Prior to Muharram and before the start of the new year, after having taken all the various proposals into consideration, His Holiness makes his decision. The announcement of each year’s venue is an eagerly awaited moment for the whole community; within minutes of the formal declaration, the host city is engulfed in a flurry of final preparations and prospective attendees are busied finalising their travel and accommodation arrangements.

The Dawoodi Bohras are a sect of Muslims spread all over the world. The community is led by the 53rd Da’i al-Mutlaq (sovereign leader), His Holiness Dr. Syedna Mufaddal Saifuddin.

Sri Lanka has been home to the Dawoodi Bohra community for the past 150 years, with the first Bohra being Jafferjee Esajee from Kutch, Gujarat in 1830. Today, there are around 2,500 Dawoodi Bohras who form a part of the socialeconomic fabric of Sri Lanka mostly as traders and businessmen.

Of the four Bohra masjids in Jaffna, Galle, Pettah, and Colombo 4, Husaini Masjid in Colombo 4 is the largest and was the centre for this year’s Ashara Mubaraka sermons. Colombo has been host to the Ashara commemoration six times in the past.

The last occasion was when His Holiness’ father, the late Dr. Syedna Mohammed Burhanuddin conducted the sermons here in 2008. This is the first Ashara Mubaraka for Dr. Syedna Saifuddin in Sri Lanka, others having been in Surat, Houston, Dar es Salaam, Karachi, and Indore.

Sunny Side Up: Rohitha’s warning

April 9, 2022 byNews Admin No Comments
Former Minister Rohitha Abeygunawardena has warned that 10 other individuals would rise as replacements even if one of them (senior Government ministers facing public opposition) were to be killed.

September 20, 2021 byNews Admin No Comments
Following the UK’s decision to remove Sri Lanka from its Red List (a list of countries identified to be at a higher risk of Covid-19 spread) and to instead place Sri Lanka under its Amber List with ef