Bring untold stories to the forefront

November 3, 2021 by Dimithri Wijesinghe No Comments 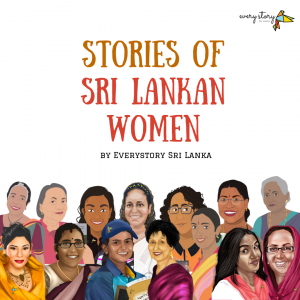 The group recently launched their flagship project: Stories of Sri Lankan Women, where the work aims to bring to the forefront the stories of girls and women from the 20th and 21st Centuries and explore their life histories.

Speaking with Stories of Sri Lankan Women Project Manager Abilesha Segar, she shared that Everystory Sri Lanka is looking to draw synergies across places and contexts, spotlighting catalytic moments, and highlighting where and how alternative feminist histories can be told. In doing so, they have collected the histories of 30 women currently living and based in Sri Lanka or have been for a greater portion of their lives. She provided that these stories span across generations, industries, experiences, race, ethnicity, religion, and historical contexts, and it is by no means meant to be an exhaustive list of any kind, but rather, a glimpse of the phenomenal “herstories” that exist.

Abilesha stated that they identified the lack of easily accessible resources that tell women’s stories, adding that for young girls growing up – for them to take point and to inspire – they should have access to the stories of women who come from where they come from; the same culture, speaking the same language, living in the same neighborhoods, etc. She shared that the project was therefore developed as a response to the lack of information available – particularly for children and young adults – on the many women whose lives, work, and experience have shaped and have been shaped by the social, political, and cultural contexts of Sri Lanka.

Abilesha stated that the collection, development, publishing, and launching of these stories have all been made possible by the support of the Embassy of the Kingdom of the Netherlands in Sri Lanka and the Maldives. Having received this funding, they were able to carry out the necessary interviews for the project.

She shared that the women featured in this first phase are diverse, and each has their own compelling journey to share. Some of these women are Ferial Ashraff, Prof. Savithri Gunasekera, Kasturi Chellaraja Wilson, Dr. Radhika Coomaraswamy, and Jayanthi Kuru-Utumpala. She also noted that for these first stories they focused on women who are currently with us in body and have lived and worked in Sri Lanka for the more significant part of their lives. 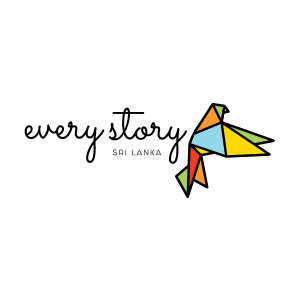 Abilesha also added that through this project, the team hopes to understand the life cycle of these stories rather than concentrating on a single moment. “They are interested in understanding the journey and life trajectory of the women featured,” she said, adding also that when they were carrying out the interviews with the featured women they too expressed that while they have been talking about their numerous achievements, they’ve never had the opportunity to truly share their life’s journey that which lead to these successes.

The work is built on the principle of democratising knowledge to make sure the material that is collected, archived, and recorded is free and publicly available. In the feminist spirit of democratising knowledge, their long-term vision for this work is to have the final format of the stories that are collected and their sources (as far as possible) accessible through an open archive for others to learn from, add to, and celebrate, as well as recorded in a book for children (inspired by the Good Night Stories for Rebel Girls series) one day.

Everystory Sri Lanka in a virtual event on 27 October, launched the first 30 stories to be developed from “Stories of Sri Lankan Women”.

A one-of-a-kind wedding for this couple!

May 27, 2020 byJennifer Anandanayagam No Comments
Annalan Navaratnam, 30, and Jann Tipping, 34, who had to cancel their wedding due the Covid-19 pandemic, tied the knot in the Grade II-listed chapel at London's St Thomas' Hospital, where they both wo

April 19, 2021 byNews Admin No Comments
කයිය is a Sinhala language podcast initiated by its host Ishan Kawmina together with producer Uditha Kalhara Wijeratne. Available in audio format in a variety of podcast providers – Apple podcast, Goo