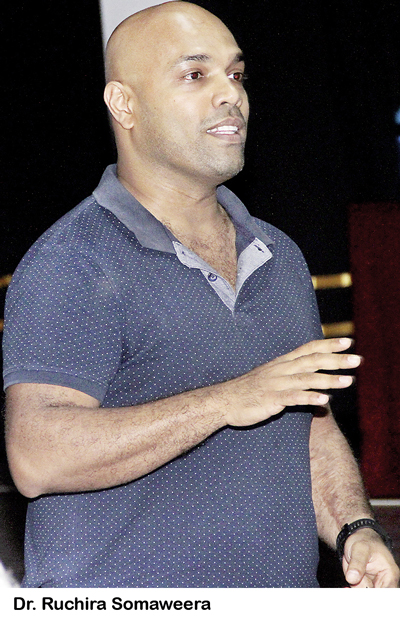 When it comes to the organisms of Earth, we humans, believing ourselves to be the superior species, have identified specific methods of classifying ourselves and all other species that exist now and have existed before us. Initially, we begin the classification with the three main domains – archaea, bacteria, and eukarya. A few levels below the three domains, we find the five kingdom classification in which there is the well-known kingdom, “Animalia”.

In this kingdom, we find ourselves among other living, breathing counterparts except, of course, plants. For many organisms, however, this is where the similarities with humans end. To dig further into one of these species, the Wildlife and Nature Protection Society of Sri Lanka organised a lecture conducted by Dr. Ruchira Somaweera, a PhD graduate from the University of Sydney whose passion in life is studying the organisms belonging to the “Reptilia” class of the animal kingdom. What Dr. Somaweera highlighted during his talk was the disappointing truth that after years and years of research, we are still studying just the tip of the iceberg of the vast field of ecology.

Nonetheless, he did indeed bring out from the unknown a variety of different facts which the public had no knowledge of ever before, some of which were unfathomable.

Dr. Somaweera’s first point was the absolutely astonishing fact that reptiles, before being known as rough, crude, and coarse type of creatures, have shown signs of having an altruistic nature. Dr. Somaweera shared the story of how he was brought to this knowledge while on one of his expeditions. It was discovered in the Kimberly Outback of Australia, a vast land space about eight times the size of Sri Lanka, where human inhabitancy is rare enough to shock anyone. His early description of the crocodile, which was the subject of his study, was rather fitting to our normal conception of reptiles – he mentioned that the adult was able to easily eat even a small wallaby. 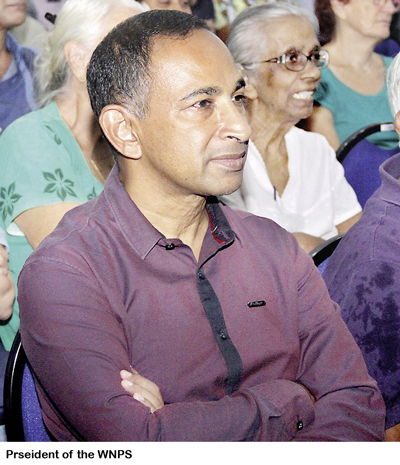 However, he went on to explain all about how carefully the parent crocodiles take care of their babies while they are still eggs and also as they grow after hatching. The mother crocs, especially, Dr. Somaweera had observed, very carefully take out one baby at a time from their eggs, and sometimes help the slow ones by cracking the eggs further. He displayed a number of great photographs taken by his team of the crocodile with its babies in its mouth, and while it was seen up to this day like the parents were eating their babies, it was in fact them simply helping them out into the world.

After melting the hearts of the audience with the sweet story of parental affection, Dr. Somaweera began to speak about the real problems faced by reptiles in today’s world. He spoke about the effects of invasive species which of course alter the ecology of the entire habitat of all the species endemic to the area every time they are introduced. Naturally, as we in fact often do, we believe that the removal of the invasive species is the right way to go, so that the other species could return back to their original ways of life. However, Dr. Somaweera pointed out quite the contrary. According to his research, reptiles, specifically, are extremely adaptable creatures and are able to adapt to new threats by organisms. Hence, they evolve slowly in a manner that makes their reproduced species more and more used to the invasive species. The term used to describe species such as this, although many would simply say “cold blooded”, is actually “native opportunistic fauna”. As he says, suddenly removing the invasive organisms to which the reptiles have with great difficulty adapted to, simply exposes them to new kinds of threats.

He has a similar thing to say about reptiles such as snakes that have been evacuated or “rescued” from gardens. The norm as we all know is to either simply end their lives or allow them to start a new life elsewhere in a place from which they cannot bother us anymore. Once again, this action, according to Dr. Somaweera’s research, is incorrect, and again creates a threat to the animal. It seems that snakes, crocodiles, and other reptiles, when relocated, spend the rest of their lifetimes trying to come back home. They also tend to get extremely aggressive when they are translocated like this due to their constant agitation because they are so far from home. He asks us to, instead, simply make our homes less attractive to reptiles by creating less dark spaces and wet climates so that they wouldn’t make our homes their homes and cause us to throw them into a lifetime of agony.

With these points, not well known by the general public, Dr. Somaweera was able to spark great interest about these creatures that dwell in darkness, of whom we barely knew anything about before. 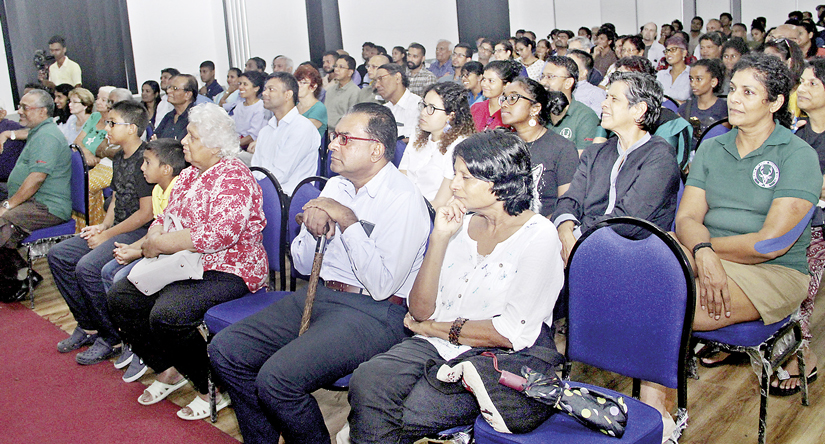 Ganga Addara by Anarkali and Kumar

March 29, 2021 byNews Admin No Comments
Ganga Addara by Anarkali and Kumar premiered on Wednesday, 24 March 2021, on YouTube. This cover version of “Ganga Addara” from the 1980 film of the same name was recorded as a gift to the film’s dire

February 18, 2021 byNews Admin No Comments
Sri Lanka is famous for its “handicrafts” – handcrafted artisanal products that create an integral part of our identity not just as souvenirs for tourists, but also as products that embody Sri Lankan