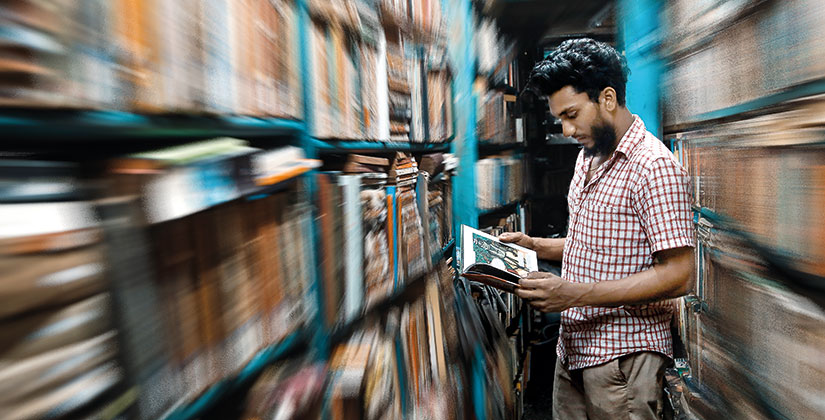 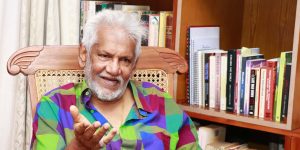 Literary festivals are every reader’s stairway to heaven. Unfortunately, this has failed to attain a common place in our tiny island, although its dynamics are indicative of a revolutionary change in the future.

On a general note, internationally, literary festivals are those that take place on a large scale charging little to no money; one witnesses a true celebration of literature almost free of charge.

Fortunately for us, we get to have a slice of this pie through the AK Lit Fest (Annasi and Kadala Gotu Literature Festival), a truly local literary festival.

One will certainly come to terms with the notion that literature by no means is expensive and doesn’t have to be – it is for everyone. With the festival looming right around the corner, The Sunday Morning Brunch reached out to AK Lit Fest Founder and author Captain Elmo Jayawardena along with curator and member of the organising committee Dhananath Fernando to take us through its workings.

The uniqueness of the festival’s title intrigued us to explore the story behind it.

Annasi and kadala gotu (pineapple and chickpeas) are street food items renowned for its easy access and affordability, which lies parallel to the festival’s underlying concept.

Elaborating, Capt. Jayawardena said: “The moment you say ‘annasi and kadala gotu’, you know it’s a simple thing – cheap and different. The common man enjoys literature rather differently than how an individual from a slightly higher stratum would; a layman would enjoy literature by munching annasi and kadala gotu. While they don’t have the luxury of enjoying it in a different platform, for the common man, this would be his source of entertainment and that is why we went with ‘Annasi and Kadal Gotu’.” 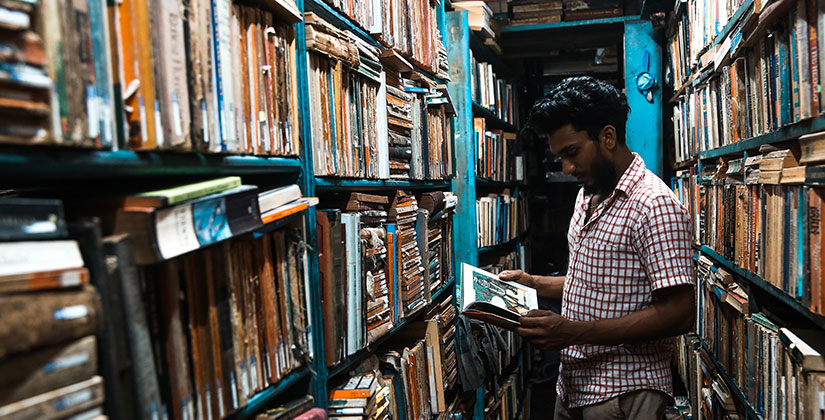 This year marks the festival’s fifth anniversary and is set to take place at Mount Lavinia Hotel.

The festival has been able to maintain a turnout of 1,500 to 2,000 attendees over the years.

The venue of the festival is by no means an attempt to compromise its key objectives; event goers will be able to attend the festival for minute sum of Rs. 100. With simply anyone being able to afford Rs. 100, Capt. Jayawardena indicated that the festival was not to have a grand show, but to encourage the participation of everyone.

As our inquiry deepened, we were able to understand that the festival is run and organised by a committee of volunteers comprising those of all walks of life and ethnicities, and most importantly, it remains to be the first trilingual literary festival in Sri Lanka.

Easy access to the common man and staging the local literati on the spotlight is viewed as some of the festival’s key objectives.

With the growing number of book festivals, a gap between the classes became evident to the organisers of AK Lit Fest. 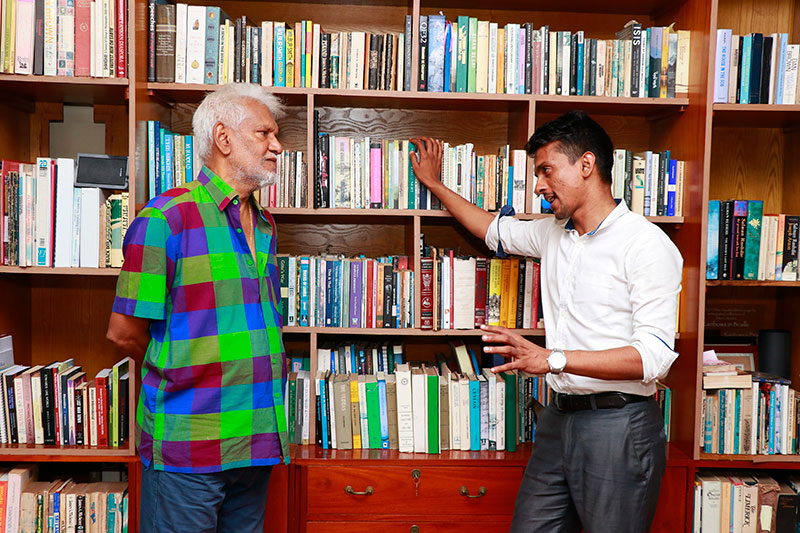 “We saw the gap where local literature writers and poets didn’t have a platform, where the main platform they had was the book exhibition. Of course, there were awards, but we needed to have a discussion – a dialogue. That’s actually where Annasi and Kadala Gotu came into play,” explained Fernando.

The festival assisted the uncovering of hidden gems such as Chammi Rajapakse, an autistic student whose book launch took place at the festival and her book was shortlisted for the Gratiaen Prize, and Timran Keerthi, who appeared for the first time during the second festival and won the State Literary Award for the Best Poet.

Explaining further on the trilingual aspect of the festival, Fernando asserted that a group of Tamil authors take part in the festival’s panel discussions and that it would sometimes be a combination.

“For instance, if we talk about love, there will be an author from the Tamil community sharing their views and their side of the story.

Despite difficulties, the organisers have witnessed a decent participation by the Tamil community.

“During the first two festivals, we had the participation of students from Jaffna,” explained Fernando, expressing their keen interest in partnering with universities despite the logistical aspect which remains beyond the organisers’ affordability.

The festival features numerous activities for its attendees to get the crowd going, out of which competitions for adults and children alike and workshops for aspiring creative writers, poets, and authors are just a few to name.

“Last time, we had a writer at the age of 99 year and he wrote the story. He wasn’t the winner, but to encourage someone of 99 years to write a story and to give them an opportunity to walk on the stage to deliver a speech about the story and what it meant to him was memorable,” commented Fernando.

This time around, the organisers hope to pay tribute to Mahagam Sekara; from being an author and poet to a scriptwriter and director, he quite certainly covers the entire gamut of literature.

Whilst a separate session for autistic and differently-abled kids will also set sail on this day, all developing genres will be included in this year’s programme.

Needless to say, the price of launching a book is gargantuan and this is what acts as an obstacle to most.

As Capt. Jayawardena indicated, the festival also hopes to bridge this gap through the provision of support to aspiring writers and poets to launch their creations at the festival.

It comes with no surprise that the Galle Literary Festival (GLF) is widely known as the largest literary festival of its kind in Sri Lanka. Literature being the only common aspect between the two festivals, the main objectives imbues a stark difference.

As Fernando indicated, GLF quite simply complements what they do.

“Whether it’s AK or GLF, what we are doing is bringing the local literature community together to have a dialogue. GLF looks to achieve a different objective by bringing international exposure to Sri Lanka by bringing down famous authors. We don’t plan on bringing down international writers because it compromises our tagline ‘simply local’. We will definitely be in the world of local literature. That being said, GLF is very important and they are doing a wonderful job.”

Brace yourselves to witness an exciting day of panel discussions, book launches, workshops, competitions, and much more on 20 October at Mount Lavinia Hotel.

The programme will be released a month ahead. So if you wish to partake in an ongoing trilingual dialogue pertaining to literature, AK Lit Fest is the place to be!

Moods of Christmas: Soul Sounds on their unique concert this year

December 25, 2020 byNethmi Liyanapathirana No Comments
Christmas this year is a different affair. The streets are empty and the Christmas cheer is not as vibrant. Soul Sounds organised their annual Christmas show, despite the pandemic in hopes..

REITs should not be taxed: CA-CSE webinar

December 17, 2020 byNethmi Liyanapathirana No Comments
The recently-introduced Real Estate Investment Trusts (REITs) should not be subjected to tax, or only to a very low-tax situation, said KPMG Sri Lanka Principal for Tax and Regulation..