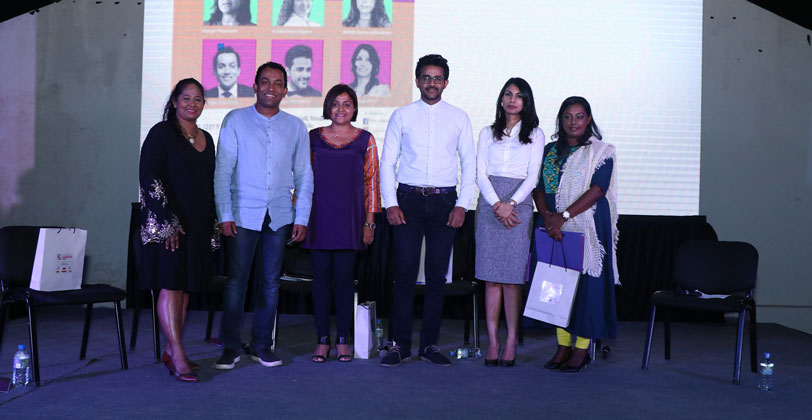 In celebration of International Women’s Day (IWD), Future Team Sri Lanka hosted an open event on 8 March 2019 at Idea Hell located at No. 45/6, Alwis Place, Colombo 3. The even encompassed a special panel discussion steered by leaders from diverse backgrounds on this year’s IWD theme “Balance for Better”.

The objective of the discussion was to help adult and young men understand the culture of harassment and abuse faced by women and girls every day.

Future Team Sri Lanka is part of World Future Team based in Russia and is a platform for the active and passionate young leaders who strive to change the world.

Sahan Jayaneththi, as a Sri Lankan representative of Sochi events in Russia, spoke about how Future Team Sri Lanka came about and why they felt that it was something Sri Lanka needed. He shared: “We believe we need a good relationship between Sri Lanka and Russia as it is a powerful nation and it is a good ally in the world of social welfare and betterment. The Russian Youth Council is who reached out to us to organise this event because they too believe in establishing an international network.”

Senani Samaranayake, team member of Future Team Sri Lanka and curator of the panellists, spoke as to why they chose their first event to be focused on International Women’s Day and how its theme “Balance for Better” relates to the Lankan society. “Maybe it means one thing around the world, but for us, it is more about how as women and men who come from all walks of life, it is important to generate awareness about respect and understanding.”

One notable point of discussion was the differentiation of gender equality and equity, and how relevant both topics were for our country.

The distinction was that gender equity means fairness of treatment for both women and men, according to their respective needs, whereas gender equality is more than equal representation – it is strongly tied to women’s rights and often requires policy changes. The question was whether Sri Lankan is ready for the latter?

Dunya Maumoon quoted Maya Angelou’s words “it’s in the click of my heels, the bend of my hair, the palm of my hand, the need of my care, ‘cause I’m a woman phenomenally. Phenomenal woman, that’s me”, quite effectively grasping the audience’s attention, following which she discussed the importance of young women in social enterprises and leaving behind the concept of roles and obligations that are gender specific.

Well-known television and film actor Saranga Disasekara provided some interesting insight into how, though around the world there appears to be an accepted pay-gap between men and women particularly in the entertainment industry, this is not the case in Sri Lanka. “There is equal opportunity in Sri Lanka when it comes to art. However, the major issue that women face in the entertainment industry is how they are perceived and viewed. Reputation is far more difficult for women to curate as society often tends to be tougher on them.”

The event was bursting with interesting information and stimulating discussions – the panellists successfully provided an insightful look into women in Sri Lanka, the struggles they face, and what men and society as a whole can do to combat them.

We also spoke to some performers, volunteers, and audience members who were there to support the cause:

Tehani Imara, a Lankan artist and singer who performed the closing event of the show, said: “I love the concept and I love the speakers here tonight, and from what Bathiya said, I know what it feels like to be a female singer in Sri Lanka – to deal with men and society. So, it was a very inspirational event and I learned a lot. I congratulate the organisers.”

Bashika Jayasinghe said: “Talking about women, particularly on a day where they are in total focus, is important and essential, so I hope that everyone here takes something from this event.”

Ama Liyanage said: “It really sends out a positive and lovely message out to everyone and I am happy that such an event is happening in our country. I am grateful that they took the initiative to make this happen.”

Viranda Bandara, a volunteer at the event, said: “I have always been dedicated to the social cause, and I believe even one voice matters. So, when people of recognition come and discuss important issues like this with the public, I think it really paves the way for us to move forward.”
—————-

The Sunday Morning was the official print media sponsor of the event.

An orange a day to keep elephants away?

April 11, 2021 byNews Admin No Comments
Elephants hold a unique cultural and symbolic importance in our country. We are fortunate that our country is home to such majestic creatures. The World Wildlife Fund (WWF) reports that “the Sri Lanka

Valentine’s Day in the city

February 9, 2021 byNews Admin No Comments
Valentine’s Day is fast approaching and love is in the air. Got no plans yet? We’ve got you covered. Here are some of the classiest Valentine’s Day events in and out of Colombo that you..