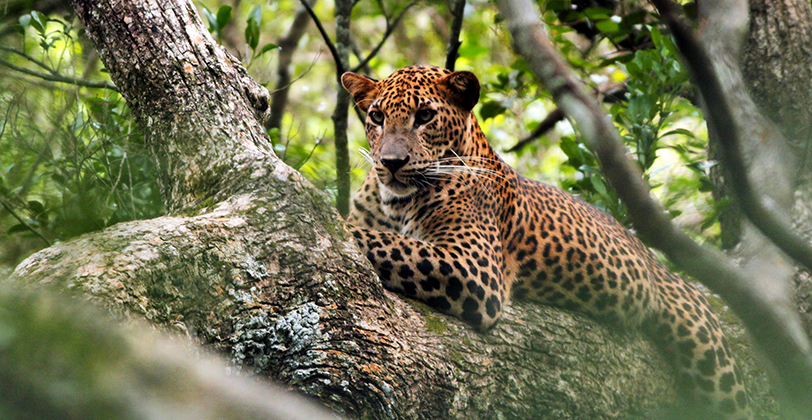 This is Sri Lanka, the leopard’s realm 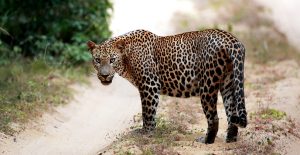 Taking Sri Lanka to greater heights in terms of documenting wildlife is Wild Sri Lanka: Realm of the Leopard directed by Thivanka Rukshan Perera and his team at Aegle Creations. The documentary will be aired this month from 22-29 August on Discovery Asia, making this Sri Lanka’s debut appearance on the channel. Speaking to The Sunday Morning Brunch this week are Director Thivanka Rukshan Perera and Cameraman Dhanusha Bandara. Perera, with an initial background of producing scripts for two short films, harnessed an interest in the creation of wildlife documentaries subsequently, and “before this production, I made a lot of documentaries regarding birds, especially owls”.

This 45-minute-long film documented the behavioural characteristics and ecology of the Sri Lankan leopard – the central narrative of the film. It evinces variety by showcasing subspecies found within the ecosystem to which this majestic beast belongs, and the deer, monkeys, and water buffalos are some others to name a few. Commenting further, Perera said: “We didn’t stay in the forest and film for 10 days at a stretch. We spoke with people around and filmed during the seasons these animals were frequently seen.”

Enclosing numerous locations around Sri Lanka, with the country abundant in wildlife such as in Wilpattu, Yala, Sinharaja, Udawalawa, and Buttala, this film showcases raw Sri Lankan beauty in all its glory. The use of DSLR Mark III with 200-400 mm lenses, Mark IV camera and Sony NEX 5, and Canon 200-500 mm lenses for videos and wide shots makes the film an experiential one. “When the same shot comes from different angles, it appears to be quite eye catching,” indicated Bandara. The documentary was filmed with a budget of Rs. 6 million where most of it was invested on post-production work such as editing, colour grading, and sound.

The documentation of wildlife footage over a period of four years is no quick and easy task, and it’s certain to have its share of challenges. Journeying into an area they lacked prior knowledge of or training in, the approach of carnivores made it an overwhelming yet exhilarating experience. 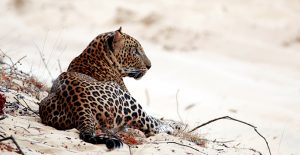 As indicated by Bandara, adhering to the conditions projected by the Department of Wildlife, apart from the challenge of having to film the leopards in itself, was further viewed as a daunting task. “We had to figure out how to film inside the jeep. We couldn’t step down for two reasons: firstly, for our own safety, and secondly, to prevent harm done to the animals’ natural habitat,” added Bandara. Interestingly, he shared with us his experiences with jeep drivers who would quite often not be in good terms with him due to his persistent requests to retain stillness while filming; he strongly refuses to compromise the quality of a shot as even the slightest jerk affects the end product which invariably affects its value as well as viewer experience.

In addition, the terms and conditions laid down by the Department of Wildlife, as indicated by both gentlemen, were seemingly discriminatory. The crew, required to leave the forest premises by 6 p.m., would often miss out on the best shots they could have captured otherwise. “The leopards would come out into the open by 4 p.m., but we had to leave the forest by 6 p.m. So we leave during the best time. Obtaining permission for timing was quite challenging,” indicated Bandara, to which Perera added: “Filming at night required separate permission. Authorities must provide locals better support than this because foreigners are presented with different terms.”

Approaching broadcasters of the higher end of the spectrum, pertaining to wildlife or lifestyle for instance, can be challenging regardless of whether you’re a food critic, researcher, film director, or photographer. Our inquisitiveness triggered us to question Perera on how he sustained this proposition and how he approached this broadcaster in particular. In response, he indicated that a film director or producer would first be required to reach out to a distributor, and on this occasion, it was a company called Earth Touch that further developed the film. It would be the distributor’s job to then approach the broadcasters. “They approach all top companies like Discovery, BBC Earth, and National Geographic. The channels would take a long time to respond.”

Putting all trials aside, the group’s film was received by Discovery Asia with immediate response and is now set to be broadcast in 18 countries. Going further, Perera explained that the reason for slow response derives from the inability to fit the criteria of the broadcaster and the time of presentation. “Even if your documentary is of high quality, if it doesn’t fit the criteria, they will not respond. Fortunately for us, our film matched Discovery Channel’s criteria at the time.” Later on in the year, the documentary is set to be distributed in France, Italy, Korea, Japan, Australia, the US, and Canada and will be presented to BBC Earth for consideration.

If one were to ponder the benefits of such projects, the immense support it provides during current times where the country is at a state of recovery is undeniably noticeable. A country’s success could easily be affected by three main factors: Export income, IT, and tourism. The closest and most accessible to Sri Lanka being tourism, we are capable of flaunting the wealth of our natural resources and wildlife marvels to attract the masses. “Foreigners would travel to Malaysia for its theme parks, but they would visit Sri Lanka for its national parks and wildlife.” Local forests emanate ethereal beauty of significant value which must be protected at all costs. During the peak season at Kaudulla National Park, a concentration of 300-400 elephants in one place is a spectacle not seen anywhere else in the world.

The documentary is purposeful of spreading the message of safety and resilience within our nation. Also included is the message of the cruciality of conservation; a country with an initial elephant population of 23,000-24,000 elephants is now left with a low of 4,000. Even though “wildlife authorities talk about elephant deaths occasioned by polythene consumption, we fail to realise that within forest reserves, this number could be much higher”. The leopard population has also witnessed a rapid decline, with the population lying below 700, making humans its main and common threat. “Making a film like this, we wanted to showcase that this is Sri Lanka, and it is beautiful,” concluded Perera.

June 4, 2021 byNews Admin No Comments
Harith Sankalpa is a professional videographer who has garnered a large following on social media for his dynamic and incredibly vibrant imagery which he shares both on his Instagram page and personal

March 11, 2019 bythemorninglk No Comments
There is something about the endless spread of goodies, all laid out and ready for the taking that brings out the inner child in us all.