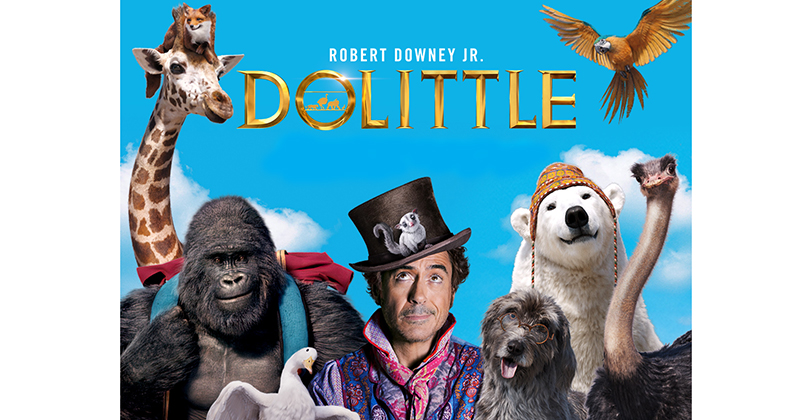 On 16 January, Scope Cinemas together with TNL NOW held the red-carpet premiere of Dolittle 2020, hosted by Skylight Entertainment at the Scope Cinema multiplex at Colombo City Centre. Skylight Entertainment – the official distributor of Warner Bros. in Sri Lanka offers Lankan audiences the opportunity to be a part of the global hype surrounding the release of massive blockbusters in real time. The premiere was as usual a glitzy event; Scope Cinemas and TNL NOW didn’t hold anything back in putting on a good show.

As for the movie, if you’ve seen the 1967 original or the Eddie Murphy attempts at Dr. Dolittle, you are aware that while the premise sounds absolutely ideal for a jolly, lighthearted time at the cinema – nobody in the Hollywood machine has quite figured out how exactly to do it.

The original was famously a flop and Eddie Murphy’s trilogy was somewhat heartwarming and cute but we all know that’s not the best this story can do.

With this knowledge in mind, probably the entire known universes aware of Hugh Lofting’s beloved children’s book series waited with bated breath for this new adaptation starring Robert Downey Jr. in his first post-Marvel gig since “Avengers Endgame” directed by Stephen Gaghan, best known for the crime drama “Traffic” and the geopolitical thriller “Syriana”, neither of which remotely resemble the style in which Dolittle would best strive, and yet Gaghan got the job.

If you were unsure of where we’re going with this, let us be clear – the film was not great. It was a slapstick mess, cut together haphazardly in post-production and not at all utilising the stellar resources given to them on a silver platter such as the big bucks, allowing them to literally roll in them dollar bills ($ 175 million), and a fantastic voice cast featuring Tom Holland, Emma Thompson, Rami Malek, and Octavia Spencer, just to name a few.

The movie was fuelled by star power and yet it all felt as if somebody cut up the storyboard, tossed it in the air, and hoped to god things stuck on; and they stuck with that for the final product. Basically, it was a mess.

There’s really no silver lining in all this other than maybe the fact that it made only around quarter its investment, hopefully opening the eyes of blind studio executives to the fact that a big budget does not always make a good movie.

However, there’s one good thing in all of this if you happen to catch the film at Scope Cinema. At the very least, you are able to have a wonderful viewing experience and if you have young children, cousins, nieces, nephews, or if you yourself are a young person, then there is a possibility that the lifeless computer-generated imagery (CGI) creatures may appeal to you, and the tired attempt at relevant pop culture references may make you chuckle; in which case, we are ecstatic for you.

Every day is different: Selvakumaran

Championing the cause of our lesser liked reptiles: in conversation with Dr. Ruchira Somaweera

September 22, 2019 byThe Sunday Morning No Comments
When we encounter something unfamiliar, our most natural response is to get rid of it, especially if it is a creepy, crawly, and slimy animal.