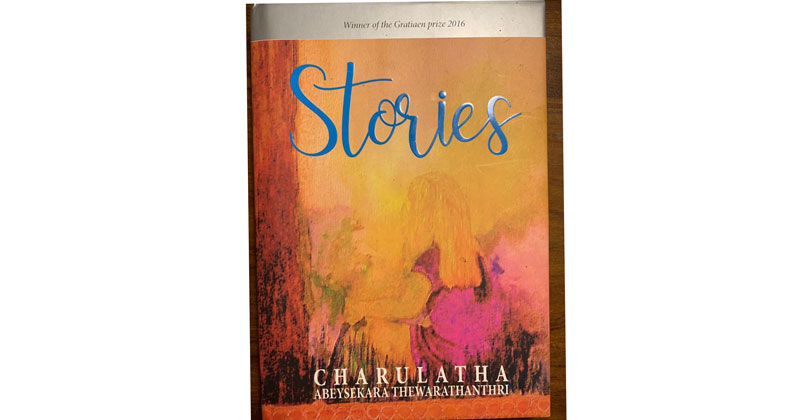 A new chapter in ‘Stories’

March 17, 2019 by Jennifer Anandanayagam No Comments

“I could swear that those rubber trees spoke to me, that the river sang and the paddy whispered in my ears,” recollected Charulatha Abeysekara Thewarathanthri, author of the 2016 Gratiaen Prize winning book “Stories”. The book’s most recent accolade comes in the form of winning third place at the 21st Queen’s English Society (QES) Prize for Excellent English in the UK. The prize was awarded with a special commendation for a non-native user of English. 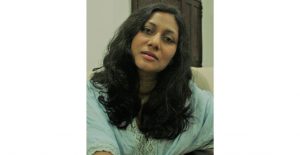 Continuing her vein of thought on how the book came to being, she recalled her adolescent years “lost in” Pattiyagodella, her aunt’s estate. “It was a magical time, intensified by my loneliness and overactive imagination.” When the family moved to Mauritius in 2012, she began to miss home badly, and her past began to emerge in improved clarity in her mind. “Stories was born out of those memories.”

The book unfolds as a narrative of a child, Muthu, who sees a reality very different to others. Following its nod from the Gratiaen, it was also recognised by the Godage National Literary Award and State Literary Award as Best English Novel in 2017.

Charulatha’s father was a filmmaker/writer and her mother was a teacher/writer. “My house was more like a library. I was reading at a very early age. Also, I was raised with a lot of freedom to play outside, have pets, and get dirty,” she said.

In school (Visakha Vidyalaya), she was recognised for her mathematical and musical abilities, but never for literature. But this didn’t mean she didn’t write and read “voraciously”. “Books and writing were my drug. I write mostly in Sinhala. I connect better with the Sinhala language and it moves me more than English.”

The QES Prize had been a complete surprise. She hadn’t known about the competition until the certificate and letter announcing she was runner-up after two joint winners, arrived by post. “The chairman of Queen’s English Society had come by Stories at the airport when he visited Sri Lanka. It was he who had nominated the book for the prize.”

Charulatha believes recognitions such as these put the spotlight on some “rich treasures” Sri Lanka has to offer, which in her own words are “superb and second to none – our creativity, fuelled by our Eastern thinking, colourised by our traditions, stemming from the ancient history hidden in our genetic code itself.”

“I don’t mean me at all,” she was quick to add. “There are far greater writers than me hidden in this country. It was chance that Stories caught the eye of the chairman of QES and made it to a competition. I hope that those great writers of our country would realise their potential by this. If I could do it, with no formal education in literature, being a homemaker with four kids, imagine what you could do.”

As for future plans, she shared that she’s working on a story, but has no idea when it’ll be ready. “It’s in Sinhala. I’m also planning to edit and print the manuscript Autumn Leaves that got shortlisted for the Gratiaen Prize in 2011. Before all this, I would like to get Stories translated to Sinhala. Dileepa Abeysekera has graciously agreed to do this and had begun the work. The only delay is me, because I’m quite busy with the children these days.”

The QES Prize for Excellent English is awarded for prose with the aim to encourage production of excellent English and provide good examples through re-printing some of the best entries in the Society’s journal “Quest”.

In the judges’ report, Stories was claimed to be a “piece (that) shows superb imagination and powers of description, with the most lyrical passages of any of the entries”.

An extract of the novel will be published in “Quest” 131.