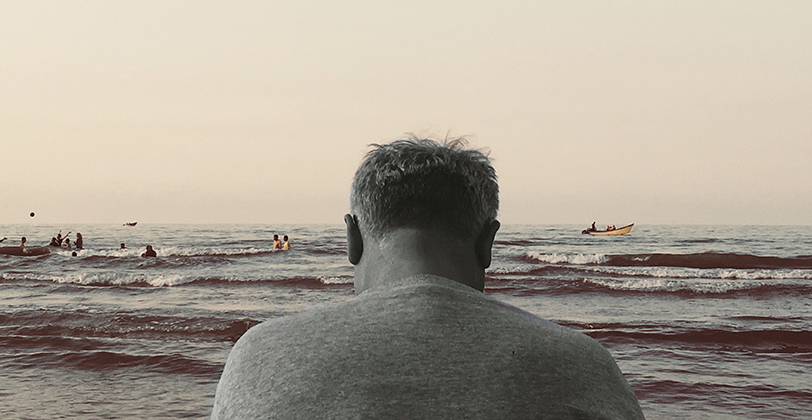 Through the eyes of an addict in recovery

Fernando is an addict in recovery. He says he is in recovery despite having maintained his sobriety for over 15 years. “It doesn’t matter whether I am sober for two days, two years, or 15 years. If I use one more time, I will revert back to my old ways,” he remarked.

A loving husband, father, and now grandfather, Fernando is fast approaching old age and he reflects on how he spent his youth.

Being a young, educated personality in a competitive corporative field abroad, Fernando had ample freedom, time, money, and energy at his fingertips. But one ordinary day, he was introduced to what he now refers to as his vice, which, according to him, is interchangeable for drugs, alcohol, or gambling. His vice was his mistress and companion for most part of his life.

Returning to Sri Lanka with a newfound thirst, he continued to boundlessly indulge in it through his youth, even as he got married, had children, and started his own business. However, things soon took a dark turn when his addiction was now causing to manifest an uncontrollable shiver that wouldn’t subside without a hit.
The next few chapters of his life were hit hard to the rock bottom. He lived in desperate straits, spending every cent and second of his life for the next hit. And he was entirely consumed by the deepening desire to feed his addiction.

Fernando’s story is no different to many others who suffer from all kinds of addictions. The only difference that may separate him from the majority is that Fernando, with the help of a strong support system that held on to him, was able to seek help to get out of his misery.

He shared that as an addict – excluding the earlier experimental stages in which he accommodated the desire but was not self-aware of the addiction and its repercussions – he spent most part of his adult life oppressed by the thought of him being an addict. He had kept revisiting the idea that society viewed him as such and there was nothing to do to change or reverse it.

He says he then sought help from many institutes, sharing how he once spent six weeks at a rehabilitation centre, completely sober throughout the entire time, until he grabbed a drink on his way back at the end and reverted to his addiction.

Fernando had approached many medical doctors in the hopes of finding a cure – any medicine that would help wane this “sickness”. While many said that he was as good as gone with one more hit, for some reason or purpose, he continued to live through it but sadly couldn’t escape his addiction.

He shared how there were many instances where rehabilitation facility officials would scare those under therapy by predicting imminent death. Nevertheless, it had never motivated him to quit, he shared, recalling how once a doctor said if he used one more time he would certainly die. So Fernando had gladly resorted to having a good meal and making up his mind to die without a single worry.

Scientifically speaking, an addiction is a psychological and physical inability to stop consuming a chemical, drug, activity, or substance, despite it derailing one’s normal lives. However, Fernando says that somehow, by the grace of God, he did not die and he was in fact able to receive the help that he needed at “Miduma”.

Fernando swears that had he not had the strength of his family – particularly his wife who strongly believed that he would eventually overcome his addiction – back then, he would have not been able to see the smiling faces of his grandchildren today. And today, he continues to serve the establishment that saved him in his darkest hours, by assisting in administrative and management tasks.

Adding to this, he shared that in his experience, when it comes to addiction, every form of it is serious regardless of what one is addicted to. However, now in his advanced ages, Fernando emphasised the fact that those who come in for treatment are far younger than those in his time, adding that the numbers too were on the rise as the youth nowadays are a lot more susceptible and exposed to addictions.

Rev. Fr. Rodrigo said that they limit the number of inhabitants in-house to around 30 to 35 persons at a time, simply because it is important that he and the recovery team are able to maintain a close and friendly relationship with each participant in the programme. T big of a number would impersonalise the process and dilute the effectiveness of the treatment, which they can afford, he said.

Following Miduma, the next stage of recovery is carried out by the second treatment and rehabilitation centre named “Pathuma”, meaning hope, which is located in Mel Watta, Siyambalagoda, Polgasowita. This is where, as the name suggests, those who feel that they have recovered will go on to assimilate into their everyday lives with hopes of enjoying life again.

Rev. Fr. Rodrigo shared that before the transition, the person will be given a one-and-a-half-day home leave, which is a critical deciding factor as their ongoing recovering journey is very much dependant on how they chose to spend that time. If they make it back to Pathuma, they will receive further assistance in getting jobs and learning skills, and eventually, when they are ready, they can return to their families with a considerable income.

He also said that their motto at the centre is “Cure Through Love” and that addiction is an illness in which the only way to recover is through love and support. The method practised at Pathuma is the “community method”, where everyone within the community learn together how to live without giving in to their vice.

As we were further enlightened on the procedures, there is much screening and monitoring that goes into maintaining the centre. Most of the time, even family members cannot be trusted as they are often emotionally driven to, for instance, “sneak in a cigarette because their child would otherwise threaten to jump”. So parents assume it is okay as long as their children don’t harm themselves or run away. But the reality is that, according to Rev. Fr. Rodrigo, a strict regime is necessary to maintain order and giving in to such threats would only hinder their children’s progress.

Speaking of his experience with the current situation on drug and other addictions, he shared that while it is rampant, there are certain changes he sees from the earlier years, such as symptoms of withdrawal being far less severe and the time taken to get over the “sickness” being comparatively less.

There is no pure heroin or the most recent menace of “ice; they are all mixed heavily with other substances and are therefore less consumed. However, he also shared that the damage it causes the body is more, considering there’s more risk for brain damage with what one purchases here in Sri Lanka.

Rev. Fr. Rodrigo Jude said that 80% of the addicts are driven to substance abuse due to unstable personal and family backgrounds; victims either have too much freedom or none at all, or there is no love at home and so they turn to alternatives. However, he said that there are also those who turn to it purely as a result of curiosity, peer pressure, and even boredom.

In this backdrop, we spoke to two persons who are currently suffering from addiction and have not sought help. To our surprise, they echoed Rev. Fr. Rodrigo’s comments, stating that they first tried it because their friends were trying it. “When I took heroin for the first time, I thought I would never try it again; it made me vomit and dizzy and I thought why anyone would ever use such a thing.”

Yet, due to their surrounding, there were many opportunities at hand to try it again, and when they eventually gave in, they felt the energising effect that addicts often talk about. After a few months of using, they said the first time they realised they needed it, as opposed to using recreationally or to “blend in”, was when they felt ill and uncomfortable during an extended period of abstaining from the substance. Being advised loyalists that reverting would “settle things”, they fell prey to their wicked old ways.

Fast forward several years, now they’re hooked and unable to carry out their normal, everyday functions without it. “Now we use it only to keep down the sickness,” they shared. When asked why they wouldn’t seek help, as abundantly available in Sri Lanka, they simply said they cannot.

According to the American Psychiatric Association (APA), “addiction is a complex condition, a brain disease that is manifested by compulsive substance use despite harmful consequence”.

It was long believed that addiction was caused by the chemical hooks in the drugs; research has shown that if you use heroin for 20 days, the body would crave it on the 21st day due to the chemical in it. However, heroin is largely used in the painkiller “Diamorphine” and there’s many patients receiving deluxe heroin as part of medical treatment and not turning into raging addicts.

The matter was addressed by Prof. Bruce K. Alexander. He found through his “rat park” experiments that the rats in their study, housed in isolation, consumed more morphine than the rats in the rat park colony, concluding that addiction is more of a social problem than an individual problem, proving that when socially integrated societies are fragmented, addiction increases dramatically because people use it as a way of adapting to extreme social dislocation.
————————–
Miduma treatment and rehabilitation centre

The facility is funded purely on donations and self-sustainable practices like farming. Each new patient is required to pay Rs. 8,000 per month. However, many who are part of the programme are unable to match make this payment and yet are allowed to continue their recovery process.

Experience Log 1: Why I run all my micro-teams as startups

December 3, 2018 bythemorninglk No Comments
Top of the morning folks! At a time of crisis upon crisis hitting this tear-shaped (see what I did there?) island nation, and when memes about our politicians have reached feverish hilarity, I am glad

The world of work has changed: Preparing for the green economy

July 29, 2021 byNews Admin No Comments
The world we live in changes by the minute, even adjusting for the pandemic, and it is of vital importance that we be able to adjust and adapt to the new world. This is even more important when it com