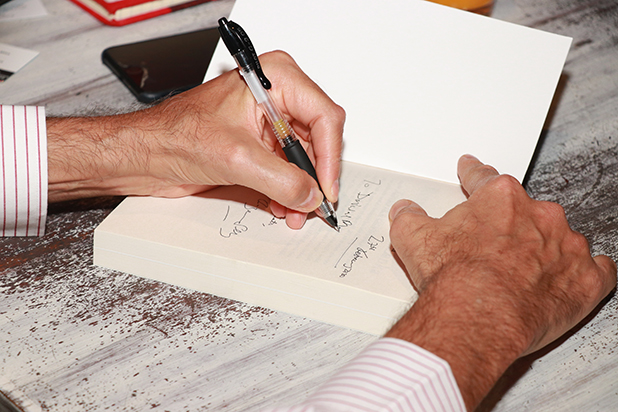 March 8, 2020 by themorninglk No Comments

Razeen Sally is an individual who is able to say with pride that he belongs to a unique group of citizens who can call themselves both foreigners and natives in the country of Sri Lanka. Being a product of the union between a Welsh lady and a Sri Lankan man, Sally spent his first dozen years here in Sri Lanka and then left to Britain where he grew up. On 27 February, now residing back in his motherland, he launched the book in which he wrote about it.

He left with his family because of the turbulent situation of Sri Lanka, with the civil war raging and troubles with the Janatha Vimukthi Peramuna (JVP)’s rebellion at its peak, and his parents made sure he was tucked away safely in much larger island far away – the UK. However, he never forgot his roots and vowed before he left that he would return to Sri Lanka and enjoy the marvelous experiences it had to offer.

When he finally did return, he discovered that Sri Lanka was not that chaotic country with far too many problems that it couldn’t be enjoyed as a destination; he found it to be a hub for exciting, unique experiences.

While the experiences are certainly something to remember, what he was mostly taken aback by were the stories the people of this country related.

The book is in itself something of a personal biography relating the events following Sally’s childhood and stories of his parents and their lives in Sri Lanka. Then, it follows the stories of those that he knew and those he got to know upon his return, either through their acquaintance with Sally himself or people he encountered living in this complex little island. Each of these has a unique narration but also aspects that bind it all together.

Sally began to look deeply into the lives of the people he came into contact with and saw what made Sri Lankans different from the rest of the people in the world. His deep yearning to know the secrets the island holds and what its place on earth is, reflected through all that he has to say about the people he met and also his descriptions of the sceneries he saw.

He describes the details of the Sri Lankan environment, leading one to draw pictures in their mind which may seem awfully similar to the paintings of the country made during colonial times. It creates the picture of what Sri Lanka would look like in a romantic sense, with simple people, simple lives, and an ambience of a peaceful haven where anyone could let go of their troubles and relax while enjoying observing the daily lives of a simple people minding their own tasks.

Sally ends the book with a scene of a village gathered together in prayer, showcasing the peace which Sri Lanka has the potential to aspire to if we, its people, chose to aid the cause.

September 19, 2018 byJennifer Anandanayagam No Comments
Kamer Nizamdeen, a 25-year-old Sri Lankan PhD student of the University of New South Wales was arrested on 30 August for owning a document which was allegedly connected with the preparation for

January 29, 2021 byNews Admin No Comments
Volunteering is when an individual(s) solely or collectively contributes for the greater good of sustaining a community through labour, skills, and expertise, while not expecting any gain in return ot