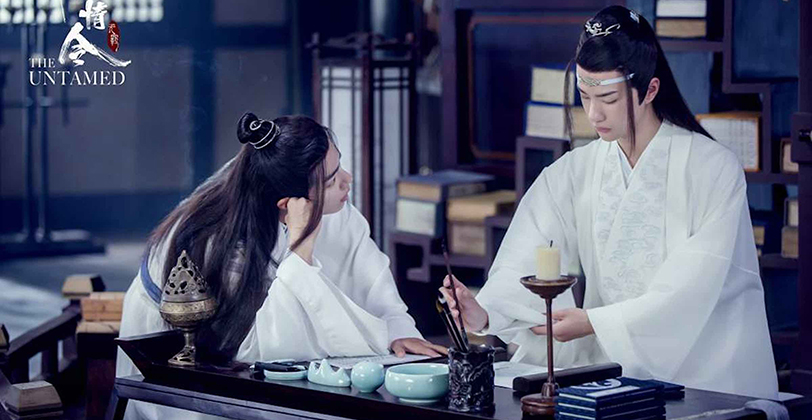 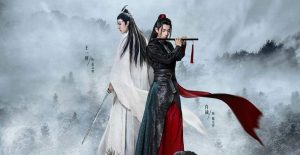 Same-sex sexual activity has been legal in China since 1997 and the National People’s Congress has amended Chinese law in 2017 in order to allow guardianship agreements which provide same-sex couples the ability to make important decisions about medical care, death and funeral rights, property management, etc. in case one partner loses the ability to make crucial decisions. Two rulings by the Hong Kong Court of Final Appeal ensure that same-sex partners of Hong Kong residents can receive spousal/dependent visas and spousal benefits.

However, beyond general tolerance and minimal legal leeway, China remains conservative in their widespread acceptance of LGBTIQ persons but despite its limitations, the Chinese society remains leagues beyond Sri Lanka’s acceptance of homosexuality.

One such example is in its media in 2019; a Chinese television series titled The Untamed was widely distributed by a subsidiary of Chinese multinational conglomerate holding company Tencent and is currently available on Netflix. The drama was based on the boys’ love (BL) Xianxia novel “Mo Dao Zu Shi” by Mo Xiang Tong Xiu. 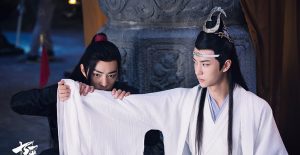 The show is a murder mystery TV drama which follows the adventures of the two male leads Xiao Zhan and Wang Yibo and it has amassed an unprecedented following both domestically and globally.

It has a high score on American video streaming website “Viki”, it is the highest-rated Chinese TV series on MyDramaList, and it ranked 36 on Tumblr’s Top Live-Action TV list of 2019, becoming the first Chinese TV drama to ever enter the chart. For comparison, the Black Widow teaser trailer received 260 million views while The Untamed received 340 million views that same week.

The Untamed is said to be the highest-earning drama of 2019, earning over 97.87 million yuan as of 15 August 2019, with earnings from fan meetings, concerts, streaming platforms, album sales, and merchandise.

The effect that The Untamed has had on audiences is owing to the newly emergent BL culture, a genre of fictional media originating in Japan as “Yaoi” – literature that is often created by women for women. 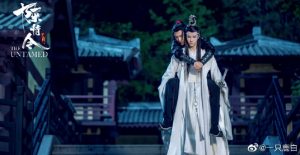 A somewhat of a feminist movement in mid-1970s Tokyo, where a group of women began creating manga comics that focused on the love between young boys and according to Maquarie University lecturer Dr. Thomas Baudinette: “The comics were a way to explore sexuality in a way that was freeing from hetero-patriarchal systems of understanding love”.

While Yaoi has been in existence for quite some time now and the West has been producing LGBTIQ-friendly cinema for even longer, the real change for the East comes with the liberal views adopted by Thailand with regards to LBTIQ persons in order to boost their tourism, and the legalisation of same-sex marriage in Taiwan in May 2019. Thailand is currently working on passing a civil union bill for same-sex partners which has been seven years in the making and is currently in its final stages.

It is evident that the fast-track acceptance and path to change is stemming from positive media; in 2007 Thailand released “Love of Siam” a film about two male leads that fall in love which caught Thai audiences totally off-guard and while shrouded in controversy, it became an unexpected hit and its success sent a message to entertainment media companies that there is money to be made in same-sex romance. 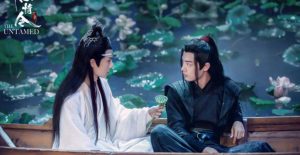 It would seem that a steady stream of pop culture has triggered fundamental changes in society, the representation of men in love, without ridicule or being comic relief.

However, with the rising fame of niche markets there comes a negative side such as in the case of Thai BL – fan service. Fan service is traditionally what is added on to a piece of media in order to please the audience, its fans. However the definition has evolved since then and has now become an all-encompassing term that describes how those who are promoting a piece of media – a TV show, film, album tour, etc. plan and strategise events before, during, and after such events.

In BL, these events aim to promote the show/film by having press events and fan interactions for the leads where they will act like a “real couple” outside the screen and are put into various displays of affections demonstrated publicly. It is something between reality and fantasy as they ham up the friendship and drag the illusion of their characters on to the real world.

This phenomenon has reached uncontrollable heights, to the point where the actors would adopt various means to promote the show, to best facilitate the audience fantasy, which has had negative connotations. The occurrence while at present has not shown too much cause for alarm, the excessive times in the view of the public eye, unable to truly be oneself has had negative effects, currently seen in the K-pop industry where wildly popular stars who are forced under the scrutiny of the public, have taken their lives unable to handle the pressure – massive stars Sulli and Goo Hara who were close friends took their own lives within a space of six weeks this year, and prominent actor Cha In-Ha too committed suicide in 2019.

While caution is necessary, the fact of the matter remains that LGBTIQ persons are gaining widespread visibility through these shows which celebrate same-sex love and show them in a positive light and while Sri Lanka maybe ways away from such acceptance, we can be hopeful that popular media and its trends can help us take a step in the right direction.