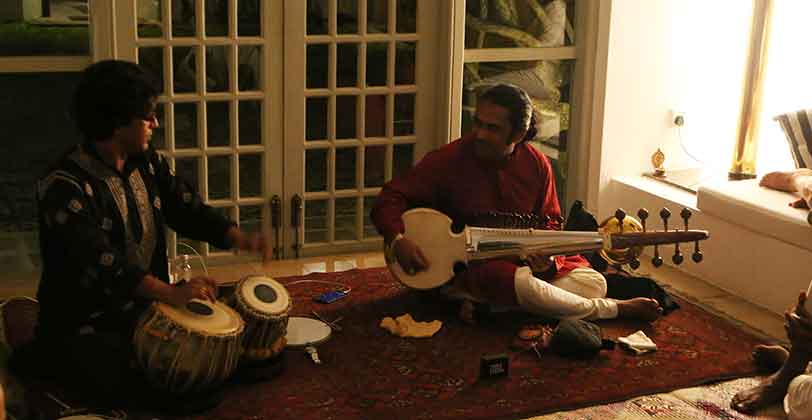 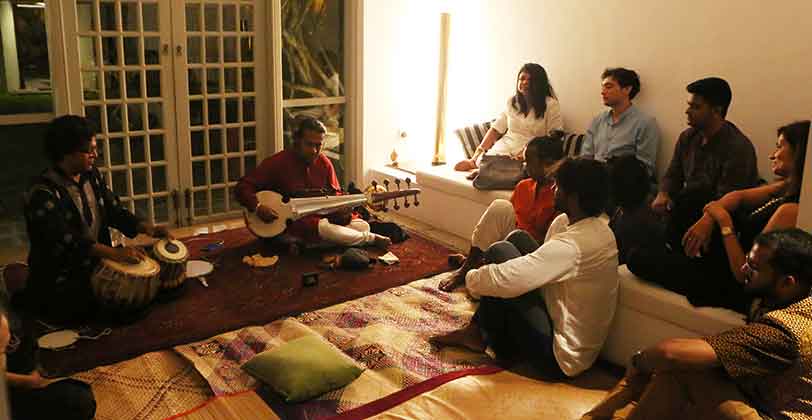 An Evening of North Indian Classical Music at the Druvi De Saram House in Ward Place, Colombo 7 was hosted by the Bawa Trust, featuring Sougata Roy Chowdhury and Subhajit Brahmachari on 11 March, 2020.

Sougata Roy Chowdhury, a Bengali-born artist who grew up in Santiniketan, is considered to be among the most talented sarod players of his generation, and amongst many accolades he has also been awarded a finalist at the prestigious Aga Khan Music Awards, Lisbon 2019. 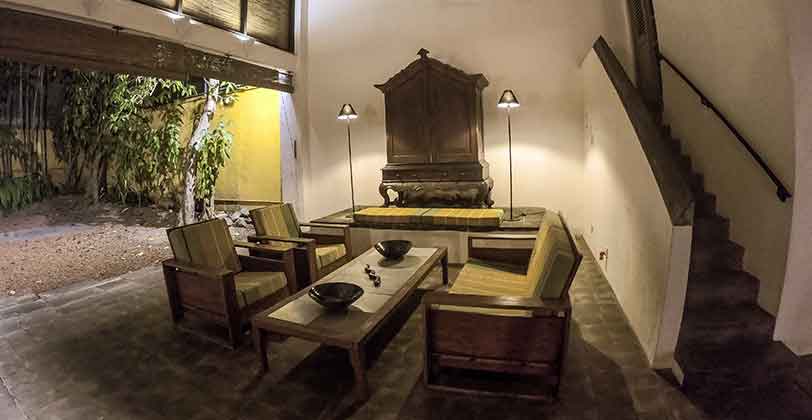 Subhajit Brahmachari, who is a disciple of the great tabla maestro Pandit Anindo Chatterjee, is currently in high demand as a soloist and an accompanist of vocal, instrumental, and kathak dance in Kolkata. He is renowned for his tonal quality and expertise in laykari, and he has performed widely in India, even winning the prestigious “National Scholarship for Higher Studies in Tabla” in 2000 presented by the Government of India.

De Saram House – where the concert was held – is a Geoffrey Bawa creation and was designed by Bawa himself specifically for Druvi De Saram. The room utilised for the concert was made to be a music room as the intended owner is a musician himself and so, it was created for the purpose of playing music with lovely acoustics and a grand piano as well.

De Saram House, which recently underwent renovation, is within the care of the Bawa Trust. They held a launch event during the Bawa 100 programme and the Trust provided that they hope to utilise the room further and feature many other musical acts such as this one in the future.

The renovation was carried out with the guidance of the Trust by Amila De Mel, who is a disciple of Geoffrey Bawa and worked with him on the Kandalama hotel project. De Mel spearheaded the renovations and the Trust will continue to manage the property for the next few years. De Saram House offers multiple B&B-type rooms for the general public if they wish to book and spend some time immersed in exquisite architectural prowess.

Should we ban tuk tuks?

February 23, 2020 bythemorninglk No Comments
A menace or a necessity.

May 3, 2021 byNews Admin No Comments
The Bellanwila-Attidiya Wildlife Sanctuary covers 3.72 sq. km and represents one of the last remaining protected wetland wildernesses located in the Colombo Metropolitan Area, which is the only capita