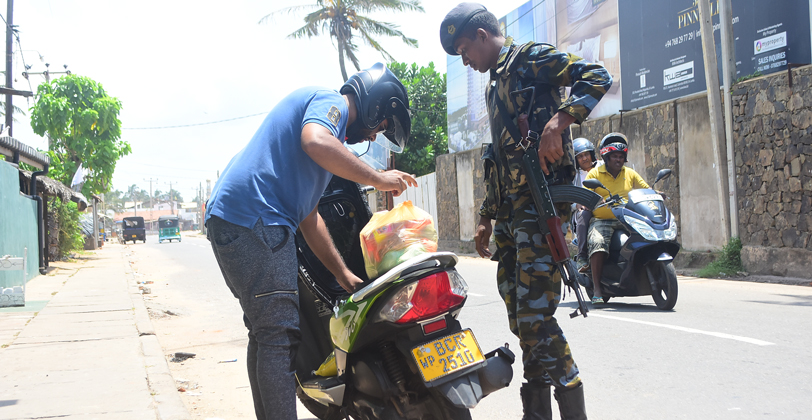 A time to be cooperative

The Easter Sunday attacks, just only three weeks ago, served as a sudden and brutal reminder to all Sri Lankans that terrorists can strike anywhere, anytime.
However, while many will mourn the loss of loved ones for years to come, and fears of a repeat attack continue to remain a very real concern, for many of us the likelihood of being caught up in a terror attack still feels remote.

It also feels like it’s probably best to live our normal lives, to the best of our abilities, right now, considering how terror attacks often aim to provoke the disruption of society. Much like how just days after the Paris bombings in 2015, people from around the world came to Wembley Stadium to attend the football match between France and England, as a way of expressing defiance against terrorists by continuing on with life as usual.

Probably not as symbolic of a gesture, in a similar vein, the highly-awaited finale to the Avengers Marvel franchise – Endgame – premiered in Sri Lanka, after being postponed an extra week owing to the current situation of the country, and the theatres saw droves of fans crowding the venues.
As was expected, security was tight in most theaters, so much so that at Liberty Scope Cinemas, we saw lines stretching out onto the pavement and cars waiting for a long time before being let inside the car park.

This led us to wonder how people were coping with the current security situation. Did it induce fear, or annoyance even, considering a large portion of one’s time is consumed by security checks?
We set out in search of answers. 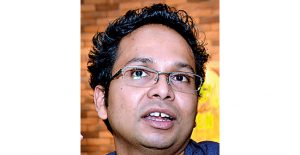 Speaking to The Sunday Morning Brunch, Scope Cinemas Director/CEO Thushan Rangana Meemanage spoke of the measures they’ve adopted to ensure their visitors’ safety and the reactions of their customers in response to such security measures.
He said: “Colombo City Centre and our cinemas are currently employing security checks in multiple spots, particularly the entrance, where the public will have to go through checks done by deployed officers around the entrance, then by our private security as well, following which, if you are to enter our cinema, you will be subject to a manual check and will have to step through a metal detector.”
He also added: “It is impossible to be truly thorough manually, because there are ways an object can be concealed, and human error leaves room for mistakes, so we employ metal detectors at our entrances. Only ladies’ handbags are allowed inside the cinema, anything else – all bags, helmets, etc. – must be left outside.”

Speaking about people’s reactions, according to Meemanage, the response had been largely positive. He said: “As for cooperation, I must say, people have been exemplary in their understanding of the situation. Almost all guests submit themselves to security checks willingly and we’ve received feedback of people’s appreciation for the thorough security measures we have employed.

“Despite the current state of the country, we have continued to have packed cinemas and despite how, for a while, there was a fear to leave home and visit crowded places, slowly but surely, people are getting back to their old strides. We believe that providing stringent security checks and showing the public we care about their safety can help ease their minds a little,” he said.

Last year, we were ranked 49th in the Global Terrorism Index (GTI), out of 163 countries, with a 4.05 GTI score. Iraq ranked first with 9.75 and countries like North Korea, Singapore, and Oman, etc. ranked last with 0.0.
This year, Sri Lanka would undoubtedly achieve one of its highest positions yet on the GTI, and we’re likely to take a hit when it comes to our global appeal.
We spoke to The Kingsbury Hotel General Manager Christine Chevalaz about the forecast and how it’s looking for them as a part of the hospitality industry, having to make do with the current security situation in the country. The Kingsbury was one of the hotels targeted by the terrorists in their attack on Easter Sunday.

She said: “Our guests are reacting very well to the increased security measures and they’ve been gracious and accepting as they understand the prevailing situation. They had expressed that as these measures were put in place for their own safety, they do not conceive it as an inconvenience.”
She added however that there is the unfortunate reality where the hotel’s occupancy dropped since the attacks, but she said they were holding strong as it was understandable, saying: “To be fair, all the hotels in the country are dealing with that fact at present.”

She also stressed on the fact that the tourism industry is a whole machine with many cogs, with many others relying on its functions, saying: “It is unfortunate, but we must move forward as we must bear in mind there are employees and also third-party persons reliant on the continued functioning of the industry – suppliers, manufacturers, etc. – and they are all dependent on the tourism industry.”
While it is understandable that security would be tight, and stringent measures must be adopted to ensure guest’s safety, the tourism and hotel industry is reliant on its basic commodity – hospitality. As such, guests mustn’t be made to feel as though they are not welcome.

We asked Chevalaz about her thoughts on the matter, and she responded: “It is not a new thing. Safety all over the world is a lot tighter, and if you look at airport security, they adopt a multitude of random measures to ensure safety. It’s happening everywhere. We must simply learn to live with it. Many understand these are necessary things for their own continued safety and comfort.”

We also spoke to Playtrix Sports Bar and Café Owner Vivek Sundaralingam, who referred to the status of the general public’s mindset, particularly locals, when it comes to going out after hours and how it had affected restaurants and pubs in the island that generate most of their income due to nightlife.

“To be frank, there has been an approximate 60% drop in the number of patrons since the Easter Sunday attacks. Usually, April to June is off season as it is, but even that crowd had been halved since then,” said Sundaralingam, also adding: “Pubs in Sri Lanka anyway don’t stay open past midnight, 12.30 a.m. maximum. So if you look at the recent events taking place – for instance, the Champions League match – nobody screened it here. Reason being, of course, that the match starts at 12.30 a.m., so we couldn’t, but also people are not going out anymore. People are worried and scared so they stay at home.”

Sundaralingam said that considering the current trend, most establishments had adjusted for the time being, by running one shift instead of the usual two shifts as they see no purpose in staying open till late due to added expenses in keeping a place open for so long.

The police are grateful

On a final note, it is important to consider how the Police and forces are being received by the public, as these uniformed officers have come to be a permanent fixture in our lives at present.
Lankans are innate in their generosity and kindness, but are also prone to tall tales and complaining, particular about minor inconveniences.

Due to the country’s current situation, it is no surprise that some people, albeit a minute percentage of our population, might be looking to take issue of the imposed security measures throughout the island.
As citizens, we are entitled to our liberties. However, in a time of great threat to national security, it is our responsibility to set aside concerns for our individual comfort and start thinking for the greater good.

Speaking to The Sunday Morning Brunch, Sri Lanka Police Director – Media Brigadier Sumith Atapattu, having consulted field reports by his officers about the continued security measures, said that, thankfully, bar a few rotten eggs, there had been total cooperation from civilians when it comes to stringent security checks and time-consuming searches.
He said: “Field commanders have all reported back that there haven’t been any complaints from civilians, except for a handful here and there. But those people were agitated due to the pressing concern of the country, and we do not blame them as they are merely worried for themselves and their family. Overall, there have been no complaints about the extensive searches carried out by us.”

He also added: “If anything, there have been many people speaking to us saying that the searches should be even more extensive. Many are concerned for their safety and therefore see no issue in being subject to strict security measures if it ensures the detection and mitigation of harmful threats.”
There are close to 7,000-8,000 officers deployed in the Western Province to provide security and the situation will remain as such till this all comes to pass.

The Police are grateful for civilians’ continued support and in order to continue securing the country and our interests, the Police simply request that we not panic or induce panic by caused by the spreading rumours, to pass on any information quickly and willingly to them, and not start making decisions based on fear.

LBTQ women: The added burden of being women in a patriarchal country

December 13, 2020 byNethmi Liyanapathirana No Comments
Sri Lanka’s relationship with women is complicated. Yes, we were the first country in the world to elect a female Prime Minister over 60 years ago, but despite this, we still have a long way to go.