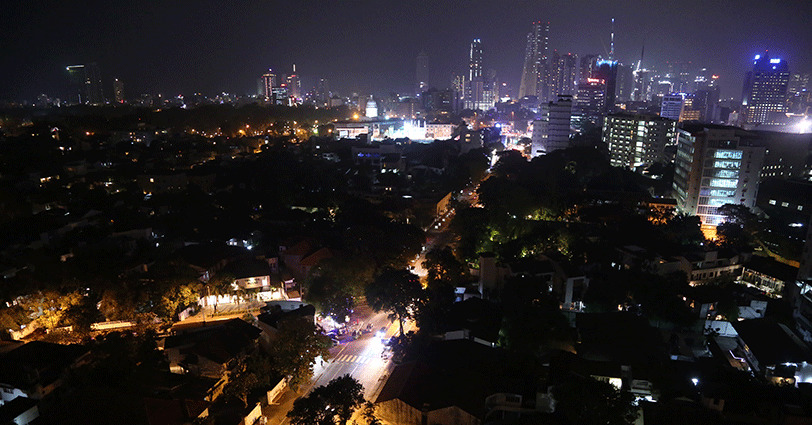 Colombo’s nightlife – A work in progress?

January 6, 2019 by themorninglk No Comments

In light of recent events – involving the death of a 24-year-old youth caused by the collapse of an elevator at a popular night club in Colombo on 29 December 2018, the nightlife of Colombo’s youth has been brought under a microscopic lens once again.

Whilst the incident itself had to do with an alleged faulty elevator, we wanted to highlight the other areas of concern when it comes to nightlife in Sri Lanka.

The spiraling nature of varying trends, which often draw in excessive crowds to these establishments, demands increased safety precautions for their patrons.

While there is no singular authority that is gospel for all of Colombo’s nighttime establishments, there are general safety precautions adhered by all and according to the City of West Hollywood Best Safety Practices for Nightlife Establishments courtesy of its Public Safety Department (www.weho.org/publicsafety) and the Economic Development Department (www.weho.org/edd) there are few requirements that must be met in order to ensure safety.

Guidelines for owners and managers

These guidelines are meant as a general road map for owners and managers;

· All staff should be trained security personnel with a general understanding of sound security practices
· A minimum of one licensed and trained security guard in every premise when 75 or more patrons are present at the same time
· Recommended that security guards be distinctively and uniformly attired – very easily identified
· Do not admit anyone under 21 years old
· ID should be checked for every person seeking to enter the establishment, who reasonably appears to be less than 21 years of age. There should be no exceptions made to this policy
· Do not continue to serve alcohol to a person who is visibly intoxicated
· It is in the best interest of everyone involved to prevent continued alcohol consumption for one who appears to have reached a limit
· Nightlife establishments should maintain first aid kits with contents available to provide medical treatment

We spoke with several of Colombo’s popular nightclubs regarding the practices they employ to ensure optimum safety for their patrons, with an emphasis on proof of ID, crowd control and aftercare.

Flamingo House restaurant and bar Chairman Sheran De Fonseka: “Our doors are handled by a large number of trustworthy staff members, who apply thorough rules when permitting customers to enter the premises. IDs are checked consistently and those that only meet the age limit are allowed into the premises.”

Playtrix Owner Vivek Sundaralingam: “We have a guard put in place to specifically check on everyone’s Identity Cards. In the event they’re under 18, they have to be accompanied by a parent or guardian, and after 9 p.m. they aren’t allowed.”

Sugar 41 and SILK Operations Manager Tuan Yahiya: “We maintain the above 21 policy very strictly, even if potentials are behaving themselves and appear to be capable, if they have been requested to produce ID and are unable to, then they will not be granted entrance, however we do not often encounter this issue considering our clientele are often in their late 20s.”

RnB Co-owner Shane Fernando: “Age limit is of course strictly implemented, and Lankans tend to have their NIC on hand at all times, and there’s usually no major issues encountered with regards to underage patrons as we have an efficient system in place with experienced personnel all capable of gauging anyone who doesn’t belong.”

Flamingo House restaurant and bar
“Our staff monitoring the entrance ensures that not too many guests are let in all at once. Furthermore, the staff at the entrance maintains count of how many guests walk in and out of the premises throughout the night, and ensure this ratio remains at a safe level so as to prevent the club from becoming overcrowded and congested. All our security members are equipped with walkie-talkies to have swift contact with each other throughout the premises, keeping each other informed and updated at all times. We are also in touch with the local police who are extremely efficient if and when a situation escalates beyond our control.”

Playtrix
“The overcrowding is largely due to the authorities making it extremely difficult for establishments to acquire licenses. Issue here is essentially in relation to the supply and demand, there are not enough bars and clubs due to this difficulty. That being said, this issue is only encountered on a 31st night. Most clubs in Sri Lanka don’t allow people in, once it reaches a certain number.”

Sugar 41 and SILK
“We have stationed security personnel at the reception with walkie-talkies, who keep track of patrons’ comings and goings to ensure that we remain at capacity.”

RnB
“We have a capacity of 150 to 200 and we maintain it. We’ve been around for 15 years in the industry and we understand the gravity of physical safety and overcrowding is a large part of it. We’ve got a system in place where we have a smoking area that is an outdoor space, which can comfortably accommodate any persons for a relaxed night out and there is absolutely no smoking permitted inside which ensures the comfort of the rest.”

Flamingo House restaurant and bar
“The aftercare of our patrons is of utmost importance to us. We have a valet driver on site to drive guests’ cars home as we do not condone driving whilst intoxicated or under the influence of alcohol. We work with a chauffeur company that ensures a valet driver is always on hand at the premises.”

Playtrix
“We have offered deals for customers in relation to drinking and driving, to best avoid it. In general we don’t encourage our patrons to drink and drive. We have also appointed a security guard to make sure that this doesn’t happen.”

Sugar 41 and SILK
“We have a senior security staff and all with over 10 years’ experience, and they are highly capable of gauging a situation. If we feel that any patrons are overtly intoxicated, we have a system in place where we would approach them in a systematic way and request that they assess their status.”

RnB
“We have a fantastic partnership with DriveMe Sri Lanka, which ensures that none of our patrons are left in a risky situation. We also have valet parking in place which ensures that anyone leaving the premises intoxicated will not be allowed to get into their vehicle.”

Flamingo House restaurant and bar
“We believe awareness is the key to ensuring that health and safety standards are maintained and regulations are adhered to. An active health and safety regulation body is required to consistently check that the regulations are met, upon which failing to adhere to these regulations, enforceable circumstances and penalties are put into place. We also have managers with first aid training and also carry out regular fire drill training.”

Playtrix
“In terms of women, in case they feel harassed, we’ve told them that they could go to the barman and order a red drink.”

Sugar 41 and SILK
“We have employed a maître d’ system, instead of an overtly hostile bouncer system to ensure order and continued safety of our patrons.”

RnB
“In all our years of experience, the primary issue we’ve come across is, when already intoxicated individuals unfit to continue into an establishment attempt to gain entry. While small squabbles breakout at the entrance when they are denied, we have an experienced enough security team ensuring that such incidents are contained.”

Colombo’s nightlife, it appears, isn’t as hazardous as many may paint it to be, however there is no doubt much more could be done, and the authorities have a grave role to satisfy in terms of it all.

Public view
“I think local night clubs do passable jobs when it comes to censoring who’s allowed to get in to the nightclub, but they need to work on what happens inside the nightclub itself. Drunken fights could be handled better and in some cases, the crowds themselves are so large that harassment can go unnoticed. This isn’t every club but still” – @harini on Instagram

“The whole club experience here is not great. No actual care is given to safety rules and no proper exits in case of fire. Oh and also, packing the club to the point where you can barely move around. Also there’s zero aftercare measures, most countries have standby medics and ambulances but here there are none” – @thiran4241 on Instagram

“Why are you problematic?” – Director Steve Loveridge asks Maya

October 8, 2018 byJennifer Anandanayagam No Comments
43-year-old pop star M.I.A. had nothing to do with the making of Stephen Loveridge's film, Matangi/Maya/M.I.A. which had its worldwide release last month, but she was very much a driving force through