Martial arts have been in existence for centuries and are taken up in various forms and techniques. Be it kung fu, karate or jiu-jitsu; discipline, perseverance and the value of hard work are constant examples that’s clustered within its benefits. 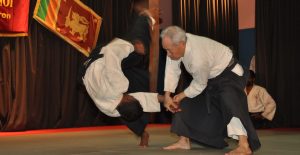 Aikido on the other hand we think is a path less travelled. Moving back in time, it replicates the legacy of Morihei Ueshiba, its founder, with the art form and its roots traced back to 1920s. It is the realisation between the connection of the martial way (BUDO) and the spiritual way that acted as the guiding light for him to create this form of art. Ueshiba was renowned for his physical strength and stamina which resulted from the meticulous training he had received during his military service and martial art training.

Aikido furthers a wave of fight and survives, similar to most techniques, and it is deemed to be fun, and a great exercise for the mind, body and spirit. “It is a martial art and an ethical way of life, a physical technique for self-defence and a spiritual self-improvement technique for a happier, healthier world,” stated Sensei Mahesh Mannapperuma, instructor at the Sri Lanka Aikido Association Sri Lanka Aikikai (SLAASLA). This practice involves traits such as anticipation, timing, and correct posture and balanced bodily movements.

Sri Lanka has now gone on to embrace this unique form, although we were told how initially its stance never remained consistent. “Time and time again Senseis have started classes. But it never took off until a gentleman from Japan by the name of Tadashi Komenoi arrived in Sri Lanka,” added Sensei Mahesh. 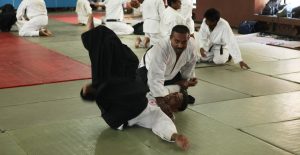 The SLAASLA was established in February 2001 under the patronage of Shihan Tdashi Komenoi at the dojo at Colombo Race Course ground floor. What first started with just 10-15 students now consists of up to 40-50 students, we were told. It’s presently positioned itself as a dignified art form as Sri Lanka is said to have burgeoned around 32 black belters since its initial 10 back in 2011.

Whilst they are in the process of assembling their own dojo over the days to come, interested individuals can obtain further details by contacting either Sensei Gamini 077 329 1201, or Sensei Mahesh 0712 784722. 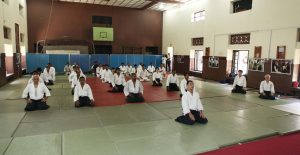 Weligama after the pandemic

September 25, 2020 bythemorningeditor1 liberty No Comments
Visiting Weligama for the first time since the curfew was lifted, the southern coastal city which was once constantly bustling with tourists looked quite different.