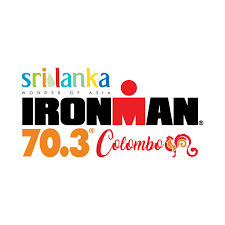 What you need to know about the So Sri Lanka IRONMAN triathlon 70.3 2019

February 19, 2019 by themorninglk No Comments

By Pavani Jayasinghe Munagamage
Photos Indika Handuwala
–
The biggest challenge yet to hit the beaches of Colombo, will reach Sri Lanka on 24 February, 2019. Along with the support of the public and private sector in Sri Lanka, this event is organised for the second time by Pro-Am Serendib and is sponsored by the Sri Lanka Tourism Promotion Bureau which will oversee the participation of over 700 athletes, 600 of whom are from over 56 countries around the globe. The top six participating countries for “So Sri Lanka IRONMAN” this year are India, UK, Australia, France, US, and Japan.
The triathlon consists of a 1.9-km swim which starts at the sandy beach adjoining Galle Face Green, followed by a bike ride on a smooth course placed exclusively for IRONMAN competitors by the hardworking committee that made IRONMAN 70.3 possible, and concludes with a 21.1-km run alongside scenic country views of Sri Lanka ending towards the front of Galle Face Green in completion of the three-part marathon.
During the press conference which was scheduled to introduce this prodigious event to the public, the function was graced by the presence of Minister of Tourism Development John Amaratunga, Sri Lanka Tourism Promotion Bureau Chairman Kishu Gomes, Pro-Am Serendib Director and Event Director Rajan Thananayagam, along with many others at the head table.
John Amaratunga stated: “During 2018, there was tremendous enthusiasm, not only among the participants but the general public as well, concerning this event. Hundreds and thousands lined the streets to witness the event, and that is one great achievement. This triathlon is a major event for tourism and the ministry is sure to give their full support and cooperation in order to make this event a success.
“The benefits of this event for Sri Lanka are manifold, such as the number of tourists that will arrive in Sri Lanka due to the triathlon, the sum of foreign exchange collected, and the publicity offered. And this year too, this event is bound to be a success.”
Kishu Gomes, making his first media appearance after he was appointed Chairman of the Sri Lanka Tourism Promotion Bureau, said: “I’ve only still been in the office for two days. I have very little time to understand the procedure of events, but with what I’ve seen, the process the bureau has in place to assess the value of events are as good as the best I’ve seen in the private sector. This event is an example of where the public sector meets the excellent standards of the private sector. Even though the numbers in participants have dipped a bit since 2018, in time to come I trust that this will be a bigger and more successful event in the future.
“Sports tourism is so important for Sri Lanka, learning from countries like Singapore, in developing the infrastructure and everything surrounding Sri Lanka.”
IRONMAN is a competition initially formulated by a naval officer, John Collins, during an awards banquet along with his wife Judy in Hawaii who decided to fuse three of the most vigorous challenges to form a nerve-shattering experience for both men and women.
Something that started with very few in numbers is now one of the largest competitions where athletes, non-athletes, and even the differently abled and visually impaired come from all around the world to unite and take part in this momentous occasion.
Most participants are not following professional careers in sport, and are instead teachers, lawyers, marketers, etc.
The triathlon is seen more like a sport that is open and welcoming with its “can-do spirit”, thereby inspiring everyone to join the races.
IRONMAN is not only a competition but also an attractive brand that many travellers follow from across the world, and thereby draws many tourists to Sri Lanka.
Statistics demonstrated that last year, over 70% of international athletes who participated in the event were first-time visitors to Sri Lanka and 40% decided to extend their stay as tourists to visit beaches and other main attractions of Sri Lanka like the Sigiriya Rock Fortress.
This year, apart from the triathlon, distinctive guest Julie Moss, the Ironwoman who crawled her way to the finish line in 1982, will not only take part in the triathlon with the aim of getting more female competitors to join the sport, but will also be part of a morning talk session titled “Sip and Share with Julie Moss”. This is an event that should not be missed on 21 February at the Kingsbury Hotel, followed by the triathlon on 24 February.

September 4, 2019 byThe Sunday Morning No Comments
Last Sunday, Dilshan Senaratne and Andre Howson – both creators in the Instagram space – spoke about the concept of “Instagram poetry” and what it all means in Sri Lanka.

Christmas isn’t always the most wonderful time of the year, and that’s okay

December 19, 2021 byNews Admin No Comments
Christmas is meant to be a time of great connectedness, joy, and spirituality, and is the celebration of the birth of Jesus. It is also a strange time of year in many ways; we are expected to be feeli