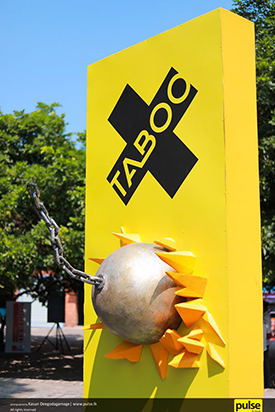 Taboo returns with a variety of important conversations

The second installation of Taboo 2020 organised by Pulse together with Aura India in partnership with ELA took place on 1 March at Trace Expert City. The event featured a whole load of promising panels and also engaging activities for the open-minded folk to come and share their thoughts on various “taboo” topics.

While the topics were certainly diverse and touching upon various amounts of issues relevant today, the only problem at the event was the lack of time to speak about all the issues. However, the organisation cannot be blamed for this as it was a result of the speakers being really interesting personalities whose opinions and thoughts the audience certainly wanted to hear.

Unfortunately, another downside was that one hall was partitioned into two and hence, two equally interesting panels were taking place at the same time, making it terribly difficult for the average human to be in two places at once.

The turn out too was not as expected and Trace Expert City certainly had space to spare that day. Perhaps it was because the event was held on a Sunday or maybe that people just weren’t interested, but a lot of Sri Lankans certainly missed out on some very important discussions.

One of the early sessions of the event was the lively discussion on “Ragging and its after-effects”. With panellists Jehan Aloysius and Prof. E.P.S. Chandana, and Kalindu Karunaratne as the moderator, the discussion dug into the dark truth of the situation in state universities. Whilst discussing the deep-rooted trauma that could be caused by the organised violence conducted by a certain group of students with convoluted morals, Prof. Chandana stated that universities are working with student groups to punish perpetrators engaged in violent activities in the name of ragging. Walking into this session, one may have expected to hear a few tips to cope with trauma caused due to various forms of ragging and it was rather disappointing that Taboo 2020 failed to deliver that.

One of the most popular sessions this year was the panel on the “Role of media in gender and sexuality issues”. A star-studded crew headed this panel including sensational social personalities Gehan Blok and Dino Corera, veteran media personalities Savithri Rodrigo and Thanuja Jayawardana, and budding talented journalist Piyumi Fonseka.

Moderated by Charindra Chandrasena of our very own The Sunday Morning, this panel managed to touch on the change of gender roles within the media industry over the years. While sharing a few inspirational stories on how some of our panelists stood up against gender discrimination, the important message to not stick to gender norms and focus on creating worthwhile content together was shared.

Blok and Corera spoke about the freedom, boundaries, and the nature of social media in Sri Lanka. They stressed the importance of creating content for various audiences without trying to please a set audience which is often a tactic used by media institutions and personalities due to the fear of the breakdown of profit.

Piyumi Fonseka explained that Sri Lankan journalists may be restricted by three key factors when reporting on matters relating to gender biases and sexuality: The lack of education for these specialised subjects, restrictive ideologies that may prevent them from acquiring such education, and the lack of support from respective media institutions. The need to educate journalists as well as the public on sensitive matters such as gender norms and sexuality was further emphasised. 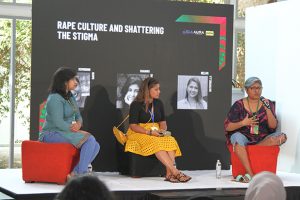 The atmosphere was extremely intense in the beginning however, as the topic they covered is certainly considered taboo in this country. The discussion was titled “Rape culture and shattering the stigma” and the speakers spoke about how in Sri Lanka, we are more concerned with shaming the “survivor” – who must not be called a “victim” – rather than taking action against the criminal. The speakers spoke of ways in which rapists may have been led to behave this way, but the panel was mostly on how people of this country need to absolutely stop looking at the survivor as if he or she is damaged goods and instead support them and make them feel as normal as possible. At the end of the panel, it felt like as though some serious frustrations were discussed – a therapeutic experience to the audience as well.

Another lively session and one of our personal favourites was the panel on “Mental health”. The panellists for this discussion were Iranjali Unamboowe Abeyratne, Dr. Theonie Anthonisz, and Nilushika Perera. The session was moderated by Anissa Sameer. The panellists stressed that the lack of awareness on mental health in Sri Lanka is mainly due to our culture, the stigmas surrounding it, and our constant attempt to trivialise it. Two main tips were given to the audience in general: To be mindful of the language used when describing mental illnesses and persons who may be suffering from it, and learn to look inward and advocate for yourself. 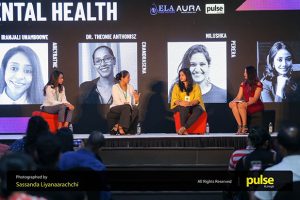 One more especially interesting session which may not seem as serious as the ones mentioned above but is certainly a very real and problematic issue in Sri Lanka was the panel on “Colourism and beauty”. Moderated by Scarlet Cat Founder Jessica Fernando, who came up with extremely relevant themes concerning issues with people trying to medically alter their skin tone so that they may be lighter skinned and the way dark skin and outward appearances are points of judgment in Sri Lankan society, the panel shed light on many hidden problems Sri Lanka faces in terms of prejudice against the dark-skinned in this country – a country where the average skin colour is brown.

Dr. Shanika Arsecularatne, a popular medical cosmetologist, shared many of her experiences with patients, where she shed light on how terrible the situation is. She spoke about a wife who became darker skinned as a result of chemotherapy and how her terrible husband decided to leave her because of that. She also spoke about a mother who brought in her little daughter who washed her face with large amounts of washing powder because her classmates thought she was too dark to play with them. It was truly shocking to hear how the Sri Lankan people are discriminatory against those of their own skin, which in reality is very beautiful. 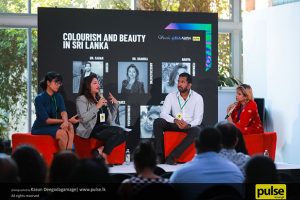 Dr. Sahan Mendis, an adherer of cosmetic and aesthetic medicine, spoke of how seriously concerned Sri Lankan people are with making their skin light. Model and consultant, the charming Kalpanee Gunawardena spoke sadly about how while modelling in England, she understood why she was treated as a minority, but was very confused to be put in the same category at home in Sri Lanka. It was rather obvious that mainstream Sri Lankan media still chooses to portray foreign, light-skinned people as the picture of beauty while making our own people feel alien in their own land.

The panel on “Adoption and non-conventional parenting styles” showcased how adoption makes the child extremely happy and would really help the world with its issues of lonely children who grow up to have mental disorders. It managed to present methods on how adoption can be done, even through organisations such as LEADS. 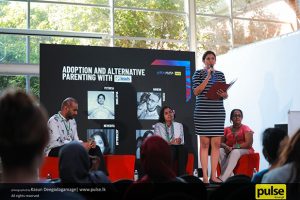 The speakers LEADS Advocacy Co-ordinator Petricia Wijethunge, Pastor Rumesh Perera, and LEADS Manager of Child Protection Nevedita Jeevabalan, moderated by Melanie Pereira, also from LEADS, mentioned time and time again that there was nothing to be embarrassed about when adopting a child and how Sri Lankans should look at alternative parenting methods as a service to the community rather than an inability to perform a duty in a right way.

All these panels were definitely eye-openers, but like those in the panel on colourism mentioned, there is no real point in simply speaking about these issues in a room. While Taboo created the space for the problems to come out, the real task lies in the audience taking action against the making of these topics taboo.

Valentine’s Day in the city

February 9, 2021 byNews Admin No Comments
Valentine’s Day is fast approaching and love is in the air. Got no plans yet? We’ve got you covered. Here are some of the classiest Valentine’s Day events in and out of Colombo that you..

May 31, 2020 byBernadine Rodrigo No Comments
The Centre for Environmental Justice (CEJ), while on a quest to estimate the positive impacts on the environment as a result of people being homebound for a significant period of time, found that we a