Cohesion through music The Music Project 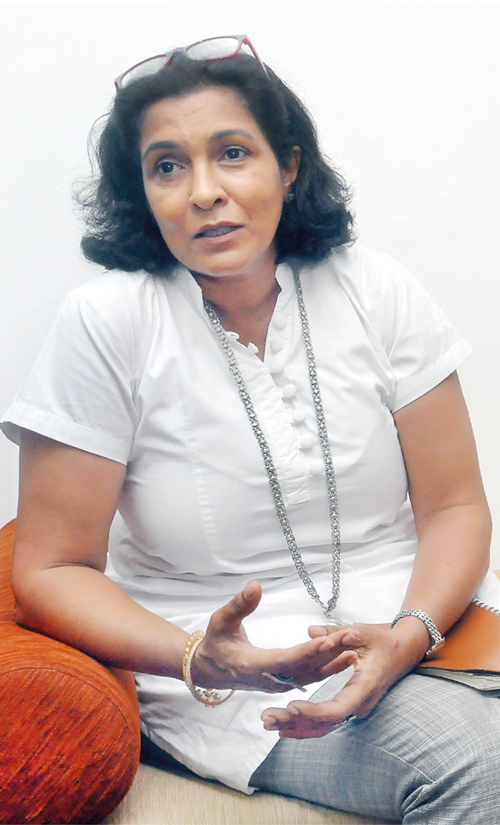 Music is the language of the universe and just as theatre, music presents an element attributable to resilience and social cohesion. To a child from the North, who has experienced the harrowing impact of the civil war, music could be their only safe haven and a positive outlet to warrant normalcy.

The Music Project is something we came across this week that focuses on this very facet. Set up eight years ago with the initial goal of healing children in the North, the project is a post-conflict development. The initiative which focused on areas such as Mullaitivu went on to Kurunegala, and then across the entire country.

Speaking on the matter, Founder/trustee of the organisation Shalini Wickramasuriya said: “We started in Kurunegala for about six months before we gained access to work in Mullaitivu and we realised the project was growing organically. So while we thought we were going to heal these two groups of children or several groups of children as it then transpired, we then realised that music was the link language.”

As English was denoted the link language, essentially taught in schools, the issue of its absence geared the project to connect children through residential programmes.

Deriving inspiration from methodologies such as the Suzuki Method which appears to be immersive and practise-based, a child learns to master an instrument just as if he/she learns their mother tongue, where learning becomes subconscious. Full exposure enables the mastering of the instrument, providing fluency similar to spoken fluency, after which one begins to read notations. “After they master the instrument, we incorporate Tamil and Sinhala songs, and that is something they do automatically. Once they master the instrument, they can naturally play songs that are in their inner ear. So they are very talented and musical,” indicated Wickramasuriya.

The fundamental programmes offered by the project are threefold. One is the core orchestral project which places focus on teaching children orchestral instruments whilst connecting dividing communities through music. Concentrated on children between the grades of six and 10, the core programme is set up in six schools, three in both Kurunegala and Mullaitivu. Such residential programmes have been set up at different locations for the purpose of attracting exposure for the children whilst providing them with choices and opportunities.

The recorder initiative is another programme where recorders are given to schools so lessons by teachers can be recorded and children can learn as an extracurricular activity, thereby increasing the teaching capacity of the schools. Renowned as a foundation instrument worldwide, Wickramasuriya said: “The recorder is a very easy instrument; it is very portable, easy to grasp, and very motivational for a child to pick up and learn from.” We were intrigued to find out that the initiative introduced the recorder to year six curriculums throughout the country, which was adopted by the Ministry of Education.

Thirdly, the project acts as a catalyst for social cohesion. Wickramasuriya stated: “We’ve been given grants and we have carried out year-long pilots where we have used music for social cohesion and with a view to connect communities.”

In terms of music, the project focuses primarily on percussion. The children learn instruments such as the violin, viola, cello, clarinet, flute, trombone, etc. The reason they teach such instruments as opposed to oriental instruments such as the veena or sitar is due to it’s rigorous nature, which makes it difficult to teach. Wickramasuriya is a firm believer of phrasing western music as “global music” due to its widespread practice, which is seen in China, Russia, America, the UK, and so many more countries. “We want the children to feel like they’re a part of a global community of music. We connect the children with a partnership we have with an organisation called ‘Beyond Skin’ in Northern Ireland because we want to give children the exposure. We get music from over there and we send music from Sri Lanka that’s stitched together,” indicated Wickramasuriya.

The project concentrates on a designated pool of teachers and volunteers. Throughout the years, they’ve witnessed viola and French horn teachers, and even JICA (Japan International Cooperation Agency) volunteers who have participated for around six years in a row. Elaborating on their international pool of volunteers, Wickramasuriya said: “We need specialists from overseas because although we have specialists in Sri Lanka they don’t have the time to go out to places like Mullaitivu. Most of the graduates in music we know go into teaching, some go into performing, but mostly they straddle into teaching.”

Pondering the benefits of such an initiative, we realise it’s not short of being a guiding light at the end of the tunnel for these children. As Wickramasuriya indicated, most of the children had fathers and brothers who had gone to war.

These children’s parents have often applauded the organisation for the holistic education provided to their children. “The project has completely transformed my child’s interest in music. The school did not have facilities or a subject teacher. However, after the project began, they now have proper instruments and my son is now an enthusiastic young musician. We are indebted to all those involved in the project,” attested a parent whose child attends a school in which the programme operates.

Wickramasuriya firmly believes that music deserves the acknowledgment of having immense scope, which perpetuates beyond the confines of mere instrument learning. She stated: “It can build confidence, motivation, and self-esteem. We have these children going onto win competitions; the Ministry of Education has an annual competition for recorder, group ensemble, bands, and orchestra and our children win. For a child from a remote school in Kurunegala which rarely has wash facilities to come to the National Youth Centre in Maharagama and win a competition means a lot.”

Physical scale aside, social cohesion itself broadens the overall scope for the child, where they are provided with opportunities, connections, and are uplifted to become part of a wider community.

Explaining further, she provided: “So I hope music for social cohesion could be applied in all instances where we have issues of communities being divided because education is divided by language. We could use this universal language to connect communities and so that our children will be motivated to reach higher aspirations.

“What we really what to provide is choice; so perhaps the child could think they could go to university and study music, or become a performance artist.”

Commenting on Sri Lankan performance artists, Wickramasuriya indicated that they perform at large scale concerts such as those seen in areas such as Embilipitiya where one could witness hundreds of people attending.

‘I am a musically driven artist’

November 30, 2021 byNews Admin No Comments
J!nna, a local musician, was inspired to pursue his passion for music from an early age. He has been featured on Beatport for the track Brace Yourself (Digital Empire Records) and was also supported b

Through the ages; the magic of Vesak

May 30, 2021 byNews Admin No Comments
Vesak, celebrated by Buddhists all around the world, occupies a significant place in the hearts of the devotees of Lord Buddha. It is the most important festival in the Buddhist calendar and commemora