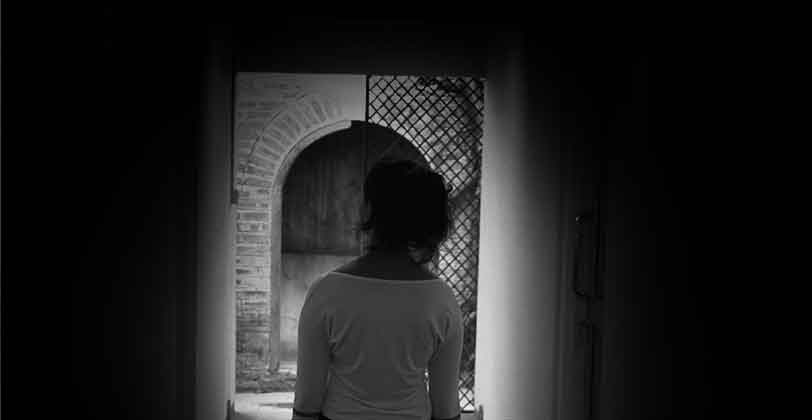 What was she wearing? Does it matter?

A recent incident of a foreign women being harassed by an inebriated local sparked conversation with regard to multiple issues our society is unwilling to address. However, one discussion that has been prevalent and was brought to light once again is the issue of sexual harassment – along with our society’s view of women, their behaviour, and the way they dress.

We spoke to a number of women on the matter and many shared similar thoughts along the lines of “our society is a conservative one”, “we can’t wear what we want – it has to be decent”, and “if you dress in revealing clothes and even if it is not very revealing, you’ll be judged as a bad woman”.

A leading state bank’s Women’s Day commercial, which went viral due to its progressive message that challenges stereotypes and men’s prejudices, also brought this issue to light. The video challenges the toxic norms and “typical” mindset directed at a woman and how they dress.

Better to be on the safe side?

There were those who shared that it is important that women wear whatever makes them comfortable. However, these statements often followed a caveat of “but in this country, it is easier said than done”.

There was a very specific statement of how they want to wear yoga pants sometimes to go running in the morning, but if the sun isn’t out yet, they make a conscious decision to not wear it. And if they are somehow wearing tight pants, they are too afraid to have headphones on while running because they want to be aware enough of their surrounding as to not be unnecessarily approached by men.

As for the men, it was more of a mixed bag. There were some who expressed “yes, women should wear whatever they want to without fear” and “their body is theirs to do with as they please”. Nevertheless, there was a surprising portion of men who shared: “I support women’s right to wear whatever they want, but in Sri Lanka, they are not always safe; they don’t have the control over how others think, so it is better to be on the safe side.”

This statement of “to be on the safe side”, while made with good intentions, posed the greatest problem of all. This thinking lends itself to the fact that your clothing speaks for you and consent plays no part in their thinking.

We spoke to The Arka Initiative Founder, Attorney-at-Law, and women’s rights activist Manisha Dissanayake with regard to even considering the attire of a victim of an attack of sexual nature. “There is a strong culture of victim blaming in our communities where many believe that, for instance, the clothes worn by the victim indicated that she was ‘asking for it’.

While many are challenging these attitudes and perceptions, the same is not true in most parts of the country as well as mainstream media. To date, many victims are made to believe that they must bear responsibility for the crimes committed against them,” she noted.

A normal thing in an abnormal place

Shamilka Jayasuriya, who is a Bachelor in Psychology and Postgraduate in Neuroscience, shared with us the theory of “materialism”, as discussed by materialist neurologist Dr. Steven Novella on the biochemistry of the human brain and nervous system, which states that there are three elements dictating biopsychology: Nature, nurture, and situational aspects – nature being genetic factors and nurture being behavioural aspects one picks up from prenatal times.

He said there is a common phrase in abnormal psychology, saying: “A normal thing in an abnormal place.” This primarily means your behaviour and perception often stems from your society and culture, and you would always compare your experiences to the right and wrong dictated by your surroundings.

In relation to Sri Lanka, in a culture where the way you dress is “normally” conservative, in an instance there is something that is not conservative, it perceived as wrong; most men grow up hearing – be it from your family, friends, or even a random conversation in your vicinity – that if a woman dresses in revealing clothes, they are vulgar and not good, and therefore should not be associated with. If you hear such statements enough, they will deposit in your mind and condition you to believe it.

Additionally, Sri Lankan culture being a closed society, sweeping most conversations under the rug, especially labelling the topic of sexual desire as “taboo”, there is curiosity and build-up of confused emotions going unaddressed, which then results in a certain perception.

Nothing to do with attire

Speaking to the Centre for Gender-based Complaints, which functions under the National Committee on Women in the Ministry of Women, Child Affairs, and Social Security, they shared that in their experience, while the majority of complaints are regarding domestic disputes, on the occasions they receive complaints on sexual assault or abuses of a sexual nature, they have observed that a majority of the cases never has anything to do with the behaviour or attire of the victim.

They added that more often than not, it is a lack of control from the side of the attacker that results in the action.
“The world is moving in a direction where there is open conversation and there is a lot more sharing; women are also feeling liberated and are therefore less likely to shy away from expressing and sharing intimate details with others.

However, despite the sharing, society is not yet in a place to deal with or respond to appropriately once these details are shared, and there is a portion of society that will lash out,” they said, adding: “We cannot say attire and behaviour has any bearing on someone being subjected to sexual assault; bar the exceptions where someone is already sexually aroused and sees something that triggers them, which in itself is not an excuse, and we come back to that point of self-control.”

A study carried out by the United Nations, titled “The Trial of Rape: Understanding the criminal justice system response to sexual violence in Thailand and Viet Nam”, revealed the existence of many misconceptions about sexual violence even amongst the Police and justice officials, including beliefs such as that sexual assault must result in visible injury if the incident truly happened without consent. The way the consent is measured is arbitrary at best, and there is not enough weight or care offered to it.

Thailand too has a deep culture of victim blaming. In 2014, Prime Minister Prayuth Chan-ocha faced much controversy having said: “There are always problems with tourist safety; they think our country is beautiful and is safe so they can do whatever they want, they can wear bikinis, and walk everywhere. Can they be safe in (a) bikini, unless they are not beautiful?” implying that the victim carries blame if they are attractive and wears revealing clothing.

Thailand’s Women and Men Progressive Movement Foundation Director Jadet Chaowilai shared that the issue lies in the acceptance of patriarchal attitudes by both men and women. He said that Thai men believe they should be the dominant ones in society, thus drawing a link between social norms, sexual harassment, and rape culture.

It is not so different in Sri Lanka. We also spoke to a rape victim and survivor who shared that her attacker was someone she had known and that there was no scenario where she was dressed provocatively before this person. She said the person overpowered her in a situation where she was vulnerable, alone, and left in his care. She believes what is alluring to someone who commits sexual assault is not the revealing nature of clothing or the provocative action, but the power dynamic and how vulnerable you are before them. She said she feels it was because she appeared weak and defenceless, which is what had prompted him.

She also stated that one of the questions she frequently asked herself following her attack was “why me?”, and it is possible that this victim blaming mentality is inherent in that it is only human nature to look for rhyme or reason in things that happen to you.

While the reality seems bleak and culture in itself seems to be the problem, when speaking to dedicated officials in the island with regard to these issues, there appears to be a level of awareness that is somewhat encouraging.

Speaking to the Child and Women Bureau of Sri Lanka Police, they shared that officers are trained to be objective about matters relating to sexual violence. However, they said that oftentimes, victims are too afraid to speak up, and there are the accused’s family and peers who will declare that the victim is lying or was the one who initiated the action (i.e. pointing at the way they are dressed). But the officials of the bureau said that when a complaint is made, the complaint is treated with urgency.

‘I’ve come on a journey’

September 14, 2021 byNews Admin No Comments
The pandemic has been a strange time in so many ways. With it now in full force for the last 18 months, almost everyone has now celebrated a lockdown birthday or something very close to it. Singer and