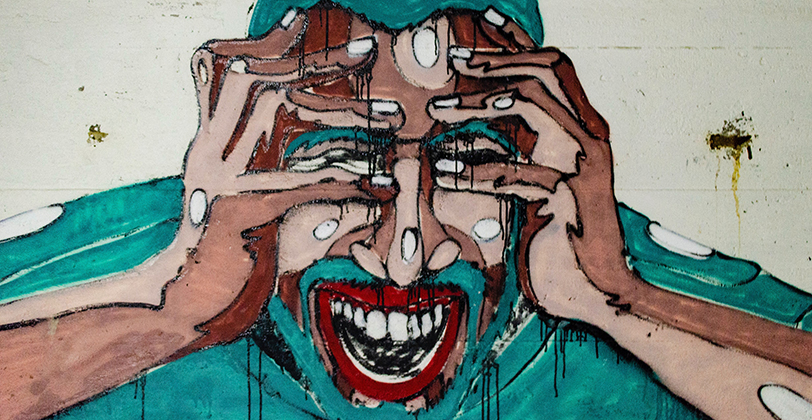 Rise and grind: How hard is hard enough?

By Dimithri Wijesinghe
—
Do you have a hobby? If you were given the opportunity to turn your hobby into a side hustle would you do it?
We posed this question to several people and most of them had very similar thoughts –

Amith Anuradha
“I’m trying so hard to do that right now. If it’s possible in Sri Lanka (to quit my normal job and make it my full time occupation even), hell yeah I will do that, but there is no industry for it here.”

Ruwin Wijesinghe
“Yes please, all I want to do is turn my hobby [photography] into a part time job, to find a way to make some money from it.”

The fact of the matter is, the majority of our society is looking to make a buck wherever they can. It almost seems as though young people are so on the grind that they can’t afford to have hobbies.

These ideals of turning everything you invest your time and energy into something with a return on investment is, of course in part due to the economy but also, it largely stems from the very current and polarising practice of “hustle culture”.

Hustle culture is the societal standard which illustrates that you can only succeed by exerting yourself at maximum capacity professionally, where you do not sleep or take breaks and wake up on your days off and work on optimising your work hours. 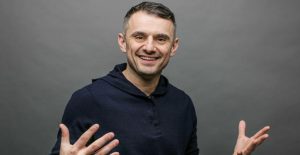 At the head of this narrative has been famed American-Belarusian entrepreneur Gary Vaynerchuk who has peddled this idea of “workaholism” to be the secret of his success. Gary is best known for having turned his father’s business from a humble liquor store into a wine empire through a combination of dedicated had work which has led him to become a media mogul, bestselling author, and all-round wealthy and successful businessman.

“You’re all spending time on things that don’t matter. And if they matter to you, then fine, but please don’t complain about what you want or could have. It just baffles me to know that an enormous amount of people are spending an hour or two on things every day that aren’t achieving anything for the goal that they’re chasing. Your actions have to map your ambitions,” said Vaynerchuk who is infamous for touting this idea of spending any second of your day doing anything other than something “productive” is a second wasted.

So the question remains, is the lack of hobbies – an activity that one does for pleasure when they are not working – due to this new generational idea of work hard, work harder or is it because economically, nobody has the time, money, or energy?

Is it simple economics?

Speaking to those from an earlier generation who maintained hobbies at a young age and nurtured the practice well into adulthood, it was made evident to us, via our very small sample size, that today’s economy often doesn’t allow hobbies, and doing activities for pleasure is reserved for the wealthy.

Vinitha Irangani, 65 said that she learned to sew at a young age and since she was a little girl she made it a habit to collect discarded fabric and sew them together to make dresses for dolls, tablecloths, and decorative pieces which she hung around her house. She shared that despite sewing regularly and often saving money due to her hobby, as she didn’t need to buy presents for family and friends because she simply sewed them something, up until very recently she never thought to monetise her efforts. She said: “I didn’t want to have to sew. I just liked doing it when there was no need, but recently I have thought about taking orders so I can make extra income. I thought since I am doing it anyway, why not make some money.”

Kumudini Perera, 48 said that she considers gardening her hobby and there have been many occasions where her children have suggested that she start a business where she markets some of her flowers, but she just doesn’t want to go through the hassle. However, she said that she understood their thinking and that they have the energy to do multiple things, but her hobby gives her relaxation and something to do.

Several others we spoke to who were unable to truly pinpoint one hobby, stated that they do many things at their leisure that consume large amounts of their time sometimes and some activities that could even be monetised, with many of them adding that they understand the youth drive to always make money or to utilise their time productively as today’s economy is not kind to them and so they must make all efforts.

The sentiment was shared amongst many. Twitter user @JakeJMusic shared: “I think we treat everything as a hustle because of the economy. Time and resources are limited, cost of living is higher. So people feel like ‘hey, if I already know how to do X, I might as well be getting paid to do it’.”

Twitter user @iamchrisani also said: “It’s harsh here in this economy; it’s affecting everything. People don’t even act normal. Again, I fear for our generation when we become parents because this hustle game will enter during child raising and many will just be hustle focused.”

But, what if it makes you happy?

Considering this idea of simply being unable to afford to waste anything, then is it alright if what we do makes us happy? Gary Vaynerchuk said: “If you wait for the weekend so that you can finally start living, it only shows that you are not doing what you want. It means you need to do something you love, so that you don’t rely on vacations or weekends to escape.”
While his narrative is that work hard and no play is toxic and lends itself to burnout, this other idea of doing something you love so that you won’t actually work a day in your life is a little more complex.

Speaking to Charith Yashoda Samarakoon (art IG @mr_samarakoon), an artist by passion and brand manager by profession shared: “Drawing is one of my hobbies; I like it and I am good at it. As a job, I used to work as a BA for an IT firm but I didn’t have that enjoyment though the pay was good. So I changed my career to branding, which I enjoy right now. Yes there are parts that I have to do even though I don’t like it but I enjoy it still, since I am able to find solutions creatively with my skill and passion, which is my favorite part in branding. I perform well being creative. I believe that if we are all lucky enough to work and earn money by using our hobbies or talent, the world would be a much happier place.” 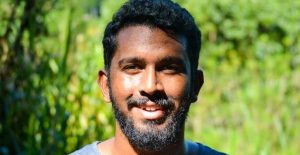 We spoke to GeoBlox Owner Kanil Dias Abeyagunawardene. Kanil builds customized, handmade lifestyle/architectural items. Kanil shared how building things with his own hands was a way for him to calm his mind and relax. However, once people began to show interest in what he built and proposed that he launch it as a source of income, he said that while being extremely hesitant due to the fear of total failure, he made the leap, turning his passion into a business.

Speaking about turning something that once was done in leisure and for pleasure into a business, he shared: “Back when I was just doing it for fun, I would maybe put in an hour of my day if I felt like it and if I wanted I’d maybe extend the time according to my mood, but now I definitely have to plan my day. There are times when I would want to go chill but I have an order to finish so I’d have to sacrifice that.” He added: “When you make it into a business, that part of the hobby dies definitely, but I would never consider it as losing out on a hobby because right now it gives me a different form of fulfillment.”

According to Kanil, while the nature of his enjoyment with his hobby has certainly changed, he said that it enriched his life in a different way; it has taught him to manage his time better and the joy he gets when a customer is satisfied with an order is also fulfilling. “The first time I sold something I had made, I got Rs. 400 and at that time it felt like Rs. 40,000 to me. Like wow, that is something that I made with my own hands that someone paid money for.”

Doesn’t it defeat the purpose?

While some may believe that turning a passion into a job will result in having no need for hobbies, this is not the case for everyone.

IG user @suspiriafilm shared: “I picked up cross-stitching recently and got really good at it, but despite so many people telling me to open a shop or Instagram business I REFUSE to. Hobbies should bring you peace or relaxation or simple fulfilment. The minute you try to monetise it or put so much pressure on yourself to keep delivering, you lose the fun and it’s yet another source of stress no matter how much you tell yourself you’ll manage it.

“I took up a hobby to manage my stress-related migraines and it’s really helped, so I aim to keep it that way. I’ll happily make stuff for friends and family if they give me a good challenge that I know I can manage, but that’s about it. Not everything has to be about financial gain; emotional gain or spiritual upliftment through your hobbies is just as important – if not more so – in the grand scheme of things.”

Kimberly Allan said: “I hate when people tell me to turn my hobbies into a source of income. No better way to kill my enjoyment of said hobby than making it my job.”

Attorney-at-Law Olivia Thomas stated: “I don’t have major hobbies like reading and writing like I used to, because I read and write for a living now.”

Attorney-at-Law Sachin Sanders said: “I believe that turning your hobby into a side hustle kind of defeats the whole premise and purpose of pursuing a hobby in the first place.”

It would seem that while hobbies aren’t as prevalent, what’s really changed is how people define their free time. While many believe that hobbies should remain as they are – a source of relaxation during time of leisure – there are those who believe that if what one is passionate about is able to bring in a second income, then there is no harm in pursuing it.

“At the end of the day, we’re talking to humans”

April 11, 2021 byNews Admin No Comments
Ruchi Sharma is one of those names in advertising that many might know. With over 25 years in the advertising industry, she has played a role in taking Sri Lankan advertising to the next stage by bein

May 19, 2021 byNews Admin No Comments
Toon Studio (Pvt.) Ltd. is an animation studio and a creative agency, officially founded in 2019 by brothers and creative collaborators Harith and Chamith Kumarasinghe.