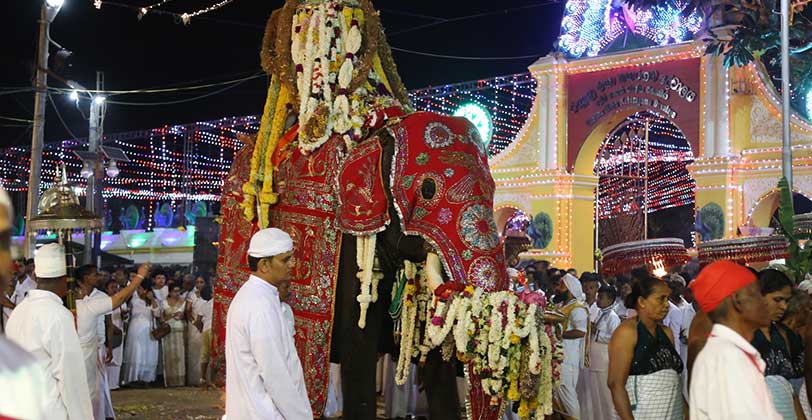 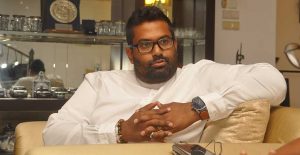 Kataragama is a religious city, deeply rooted in its connection to the Kataragama Devalaya, so much so that the city’s development and its people’s wellbeing have oftentimes come to depend on it.

There are multiple programmes in place that are entirely funded by the Devalaya and are purely for the benefit of the people of Kataragama. The Devalaya has taken upon itself the responsibility to educate, clothe, feed, and provide for the 30,000 people living in the city.

The city, according to Ruhunu Kataragama Maha Devalaya Acting Basnayake Nilame Dilruwan Rajapakse, currently needs an image makeover, particularly considering the recent controversies regarding assumptions on how the money being put in to the tills is being used. The Basnayake Nilame of the Ruhunu Kataragama Maha Devalaya, the post to which an individual is elected for a five-year term, plays an important role in the direction of these development projects and most importantly, it’s funding. 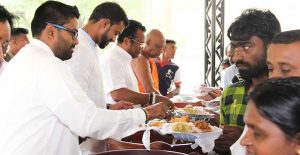 “Right now, the general public have a different opinion about the Kataragama Devalaya. This is a place that has been built with faith and the people are wondering if God is really there and why he isn’t looking into these things.”

In light of the controversies and the general public’s growing mistrust, there is urgency in revamping the idea of what Katragama Devalaya stands for and in doing so, an interesting opportunity with enormous potential has arisen – religious tourism.

The Kataragama Devalaya hosts three main festivals annually – the Avurudu Mangalya in April, Kataragama Esala Perahera in July, and Ill Maha Perahera Mangalyaya in November – all of which bring in hoards of devotees wishing to take part in the festivities to the holy city. 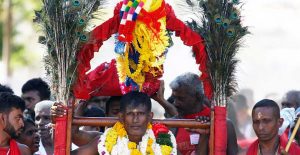 The Esala Perahera (pageant) that is conducted by the Katharagama Devalaya is about 2,500 years old and is in fact older than its more commercial counterpart, the Kandy Perahera.

The Katargama Esala Perahera differs to its Kandyan equivalent in many ways; one being that it pays homage to Lord Kataragama and the celebration of his marriage to Walliamma, which sets the festival apart due to its use of colour, music, and dancing, making it more of a celebration. The festival sees many Hindus from around the world participating as there are a vast number of Lord Murugan (Lord Katharagama) devotees. 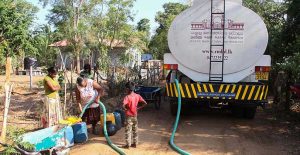 In addition to the religious appeal, there is the historical and cultural element as well, as the rituals carried out by the kapuralas are those that have been brought forward from King Dutugamunu’s times. In addition, a main draw that people are not even aware of is that the compound is currently in possession of the tusks of the Kadolatha, that is King Dutugemunu’s main tusker, and they bring it out during the pageant for display to the public.

Acting Basnayake Nilame Rajapakse shared that it is quite frustrating that even though they have the Kataragama Devale, Sella Kataragama, Wedihiti Kanda, Sithulpawwa, Tissamaharama, as well as Yala National Park all so conveniently located, Kataragama remains underappreciated amongst the masses.

It is evident that if the Kataragama Esala Perahera is given due recognition, it has the potential to be a major tourist draw for the country. Despite this, however, the Acting Basnayake Nilame shared: “I don’t think even the Government knows its value.”

Considering the fact that the Kataragama Devalaya is deeply rooted in the lives of the Kataragama people, the Devalaya carries out a number of projects for community development.

There are education programmes in place that are provided for by the Devlaya which offer free education for students who get through the scholarship exam leading up to their university entrance. Students are also provided with meals, school supplies, and other facilities free of charge and last year, in addition to printing and distributing 20,000 exercise books, the Devalaya collaborated with the Ambassador of the United Arab Emirates (UAE) to distribute schoolbags for 800 children. There are also programmes carried out in all the Sunday schools in the area where about 3,000 students are provided with meals as well. 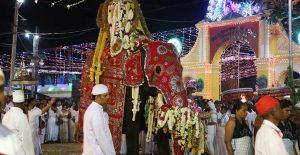 The Devalaya was also instrumental in dealing with the lack of availability in clean drinking water in Kataragama, as they installed six aaro plants in the community which was built and maintained by the Sri Lanka Navy. Additionally, they have also distributed water tanks to facilitate the deficit that the Water Supply Board cannot bridge.

Additionally, the Devalaya has also implemented many new innovative ways to minimise wastage with regard to any excess offerings they receive on a daily basis.

The “puja watti” (pooja bowl) that is offered to the Devalaya, containing fruits mainly, would often go to waste. However, the Maha Devalaya has adopted multiple novel methods to utilise these fruits and share it with their community; the Devalaya prepares fresh fruit juice and jam and distributes any more excess to hospitals, orphanages, and elders’ homes.

They also have more ideas which they hope to implement, including the preparation of dried fruits and also packaging and marketing coconut water, as king coconut is offered to the Devalaya in excess. However, such initiatives require corporate assistance and they are hopeful that the right collaborators will come forward.

Acting Basnayake Nilame Rajapakse said that they are hopeful that this could even be done as a community project which will hopefully generate some jobs for the locals; they could take on assigned roles and with the help of an external party, really generate some income for the community.

Considering its more forward-thinking approach to providing services to its devotees, the Devalaya has also adopted an electric buggy service which is currently underway in order to assist the elderly, differently-abled, or pregnant women who frequent the place of worship. There is also a wheelchair service in place. As the main two streets leading up to the Maha Devalaya and Kiri Vehera are both filled with sand, making navigation is difficult, they introduced the convenient and also sustainable option of electric buggies.

Despite all these efforts of the Devalaya, the rich culture and heritage it bears, and the Kataragama city’s immense potential to be a major tourist attraction the world over, Kataragama has somewhat remained the underappreciated sibling of the city of Kandy, considering how little people know and care about the festivities taking place there throughout the year.

However, considering the fresh outlook it is attempting to take with its new initiates and attempts at reaching the wider public, there is hope that Kataragama will soon become a much sought-after location in the island.

Let’s talk about it: Period