March 15, 2020 by Bernadine Rodrigo No Comments

Uber Eats after its commencement in Sri Lanka in the year 2018 became increasingly popular amongst our people – especially as a result of not having to speak to a telephone operator when making an order. One thing which was not spoken about or even thought of by the public was that our common conception of the delivery person was automatically that of a man, usually young and energetic, but undoubtedly male.

While many have thought about the dominance of males in many fields of work, for instance medical or legal, we failed to think about how women can also be capable of working well in fields which require a little bit more running about, such as the home delivery service.

However, while we may not have been thinking about this, we must certainly applaud those at Uber Eats for having done so on behalf of us. Indeed, not only is it an empowering thought but also in a business perspective, it is certainly innovative when it comes to increasing employment and thereby increasing sales and profits – beneficial especially in the trade which Uber Eats is involved in.

In October 2018, they launched “Diviyata Diriya” which was a project aimed at employing more and more women into the Uber Eats delivery service. At the beginning they had only employed two female delivery partners.

The incentives they offered under Diviyata Diriya were nevertheless quite attractive to many women who were pretty much marginalised in the societies which they lived in. They offered starter packs which included various kinds of items needed for women to begin delivering, including gloves and such. An interesting incentive offered by them were the martial arts lessons to all females involved in delivery so that they feel safe enough to go to various places or even simply to overcome any unwanted encounters on their normal trips.

They are even looking towards giving the motorbikes to women rather than making it a requirement to have a motorcycle if they want to join the force. They have understood that women in Sri Lanka don’t always have easy access to sanitation and hence they have partnered up with a bunch of restaurants which can provide such facilities to the women delivering for them. They have also blocked the receiving of orders from places where these women feel unsafe to deliver to, making their experience a generally safe one. 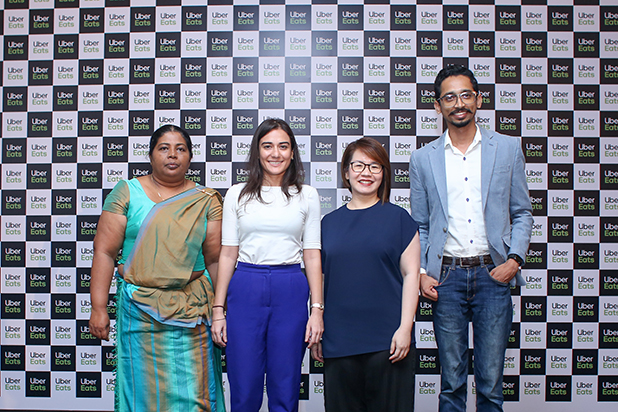 As of last month, Uber Eats claims to have provided employment in this form to over a hundred women who otherwise would have no method of earning something for them. Their aim, as they proclaimed on 5 March, is to hopefully employ more than double the current amount of women working for them.
When hearing the stories of a few of the 100 who are working as delivery partners now, one is led to understand the real difficulty of being the pioneers of joining any type of work as a woman in this country. Contrarily, you will also understand that the biggest hurdle comes in going ahead and actually trying it out, and once the system is understood and you have found your confidence, it becomes a lot less hard and simply becomes a norm. So was narrated by the stories of women such as Shamila and Dilhani.

They spoke about how they knew absolutely nothing when they first began, not even the roads. Most of them had been housewives since the day that they were married and had absolutely no idea about how the working world worked. However, for the sake of earning something extra for themselves and naturally as Sri Lankan mothers, for their children, these brave ladies whom we had not really heard much of before took on the job, persevered, learnt, and now are rather comfortable with what they do. Shamila spoke about how she managed to save Rs. 60,000 just on her first month, which is actually quite a good amount to save; what with people earning less than half that amount after coming into the workforce with top degrees and qualifications. 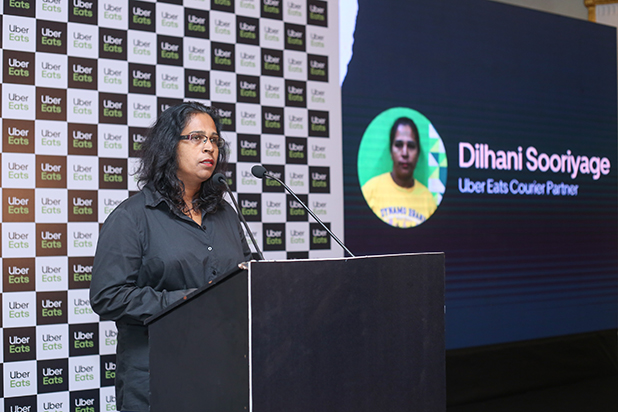 They mentioned that they really were afraid when they first began, mostly because of their lack of experience and knowledge of the system, but it is important to note once again that they were able to persevere and succeed.

While the individual stories of the women are certainly a source of inspiration to many Sri Lankan women who believe they can’t have financial independence simply because of their lack of understanding, and while Uber Eats really does deserve applause for coming up with the mechanism of mobilising our females, there are a few questions regarding the overall Uber Eats institution in Sri Lanka.

There have been complaints about riders – these were of course directed at the male riders – not delivering the meals on time as they are required to and also regarding the decorum or rather, politeness of the male riders. Perhaps Diviyata Diriya would operate in such a way that the number of kind, hardworking, and indeed nice women would succeed and customers would receive the satisfaction they expect from their deliveries as well as that which they receive from seeing strong women getting what they deserve.

August 18, 2021 byNews Admin No Comments
Channa Silva, a Sri Lankan living in the Philippines, is an important figure in the podcast community. He started the music podcast Channa Channa Channa, where he interviews bands, artists, fans, and

A message for the holidays

December 23, 2018 bythemorninglk No Comments
Christmas is here and the merriment is spreading. The city is colourful with decorations, everyone is busy Christmas shopping, and preparing the perfect feast.