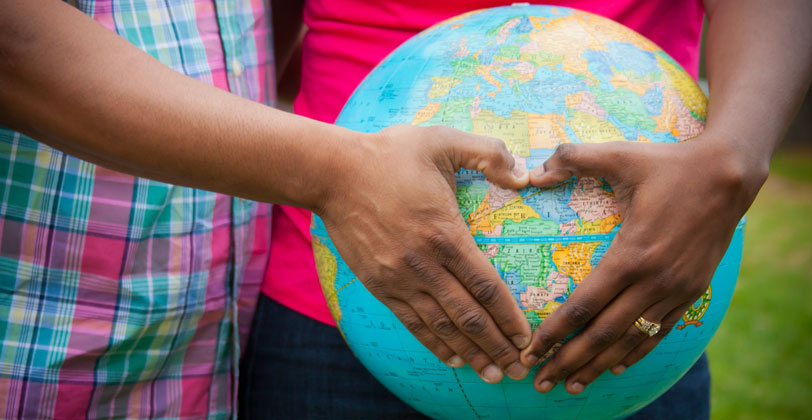 Adoption – The responsibility is to the child

Adoption is the process of permanently transferring all the legal rights and responsibilities of being a parent to a particular child from that child’s birth parents (biological parents) to the adoptive parents.

According to Attorney-at-law Harshana Nanayakkara, who works closely with the Department of Probation and Child Care Services (DPCCS), most people do not realise that adoption is about the child and not the parents. In that “it is about finding a suitable home for a child and not about providing a child to a childless family”.

Many would still say: “Oh, that’s the same thing, just worded differently,” but the fact of the matter is it is not. The biggest concern with such a misconception, regardless of however small it may seem, is that it gives way to all of the illegality and corruption that surround the adoption process. 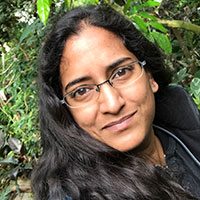 Recently, the media carried the story of Olivia Ramya Tanner – a Swiss woman who grew up in the suburbs of Zurich – who decided to hire a private investigator to search for her birth mother in hopes of having a reunion when she visited Sri Lanka that year. However, things did not go as smoothly as she’d hoped and upon visiting Ratnapura General Hospital – where she was born – she discovered that her birth certificate was a fake.

We spoke to Olivia about her experiences leading up to her discovery and how it had been since then.

She spoke of why she wished to find her birth mother in the first place, stating: “There is this nagging longing inside of me,” and even though she was only six weeks old at the time of her adoption, she’s always felt the need to know.

“Some people tell me to move on, to leave the past in the past, but that is easy to say and impossible to do. It is not a matter of willpower. Every time I look in the mirror, I wonder: Do I look like my mother or father? Are there siblings around that resemble me? The natural relationship and deep bond between a child and their biological mother is unique and irreplaceable,” she shared.

About how her adopted sister was able to find her biological family while she couldn’t, Olivia said that she is happy for any and all adoptees who track down their families, but that she also understands that “the whole issue is a huge draw of luck. Around 30% of adoptees who do a roots search are successful, while around 70% end up with more questions than answers. So for those of us who are not able to find them, it is hard to come to terms with that reality.”

It is interesting that Olivia believes that the adoption process is a “draw of luck”. This shouldn’t be the case.
Appropriate vetting and screening processes must be incorporated and nothing should be left to chance when dealing with the lives of children. 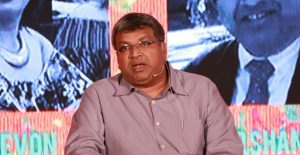 Nanayakkara stated that in Sri Lanka, any and all adoptions are done in association with the DPCCS and through courts. Adoption is a legal procedure that has to be followed through the courts, where the courts conduct what is called a “summary procedure” where the judge will do a thorough investigation into the applicants’ eligibility to adopt a child. While the DPCCS can make recommendations, the court is not bound by it.

“There are no such things as private adoptions,” he said. “Absolutely no money can pass hands in an adoption,” said Nanayakkara, pointing out that society should not be in the business of selling babies.

Since Olivia’s experience was broadcast, Dutch television ran an investigation on adoptees such as her and a report issued by the Swiss Canton of St. Gallen alleged that possibly up to 70% of the 750 adoptions of Sri Lankan children to Switzerland from the late 1970s to the 1990s were illegal.

However, speaking to the Probation Department at the DPCCS, we were informed that records dated as far back the early 90s and those predating were not so clearly maintained, and that only records starting from 2004 were in order at the DPCCS.

Further, they stated that every 10 years, the records are sent to the archives, save for a few important documents, and that therefore, these numbers shared by the Swiss Canton of St. Gallen were questionable.

It is rather difficult to imagine the levels of illegality involved in adoption. Speaking about how all of this is made possible, Nanayakkara said: “The reason this is happening, even to this day, is because the ones profiting are preying on people who are desperate.”

He mentioned that what many may refer to as baby farms still exist to this day and that they were more for the housing of underage girls or women who have been impregnated out of wedlock and were desperate to be rid of their shame so they may return to their village and carry on living. He added that the government was largely responsible for this as they do not provide comprehensive sex education to young boys and girls who then suffer due to ignorance.

The Dutch documentary series “Zembla”, which aired an investigation in 2017 on the issue in the Netherlands, provided that upon speaking to Sri Lanka’s Health Minister Dr. Rajitha Senaratne, he had said that the Government was launching an inquiry into the matter of illegal adoptions and would set up a DNA database to help families search for their relatives.
The DPCCS provided that while they did not have the mandate to establish a health institution required for such a DNA database, they will provide assistance in finding the natural parents if persons were to submit any documents they had, including the birth certificate, court order, etc.

Who is to blame?

They also stated that so far, about eight adoptions have gone through to Sri Lankan-born parents currently living abroad. The law requires that Sri Lankan-born adoptive parents be given priority.

Finally, speaking with Olivia about the aftermath of her discovery and her relationship with her adoptive parents after they learnt that they may have facilitated an illegal adoption, possibly depriving someone of their child, Olivia said: “It took them a long time to come to terms with the fact that they had unintentionally been part of something so unethical,” adding that many parents looking to adopt were emotionally invested in the process and were therefore unable and possibly reluctant to raise red flags, “even if some things seemed a bit strange to them. They won’t want to put the adoption process at risk by asking critical questions”.

We asked Olivia, as the adopted child of parents who may have overlooked inconsistencies in the adoption procedure, whether families going through with these procedures were also responsible, to some degree, whether it was possible for them to have known that there were bordering an illegal element here and yet overlooked it, to which Olivia replied: “I don’t think it would be fair to point a blaming finger at couples who want a child.”

However, when Nanayakkara was posed with the same question, he answered differently, saying that all parties involved were responsible, and that the responsibility was to the child.

As for what was being done about this, as mentioned above, there was the gathering of a DNA database. International DNA databases exist, but Sri Lankan mothers were hardly included in it.

Olivia said: “We want to encourage mothers to contact us in case they would like to know more about DNA testing and want to try this option in order to have a higher chance of finding their children.”

She can be contacted via www.backtotheroots.net

The Zembla documentary can be found on their YouTube channel: ZEMBLA – Onderzoeksjournalistiek and here: https://youtu.be/YSsbRcobbUA.

February 12, 2021 byNews Admin No Comments
Sri Lanka’s largest and only natural lake in the island, Bolgoda Lake is frequented by locals and travellers alike, those who are looking to not travel too far out of Colombo but wish to get away ..

December 23, 2021 byNews Admin No Comments
Keahra Mudalige on how to style your outfits and more