International optimism vs. national cynicism – Do we know the value of our wildlife?

Sri Lanka has won multiple accolades and been globally commended for tourism over the years, with the most popular one being the number one tourist destination in 2019 ranking by Lonely Planet.

Since of recent, we have also been appreciated as an ecotourism destination with our wildlife taking centre stage. We recently made it to The Telegraph’s list titled “50 greatest wildlife holidays on Earth for 2020” and Daily Mail’s article titled “From strolling past wild leopards to hiking up an active volcano, here are eight great walking holidays that will have… the world at your feet”.

But does such recognition really drive the authorities to conserve wildlife in Sri Lanka, or are they continuing their usual practices and ignoring its degrading status? How should we continue to work towards sustaining this internationally flourishing industry that can only be a positive investment to the country?

On a downward slope

In light of these questions, Rainforest Protectors of Sri Lanka Chief Co-ordinator/Spokesperson and environmentalist Jayantha Wijesingha shared his insights into the receipt of these accolades and the actual state of these resources.
“Sri Lanka is receiving a lot of recognition in terms of our environmental diversity and ecotourism, and we certainly deserve it. However, the sad truth is that while we have these resources, we do not know the value of it,” he noted.

He went on to mention that Sri Lanka has the highest leopard density population. In terms of the waterfall density, Sri Lanka is yet again the best in the world, with the number of rivers, various landscapes, and diverse climate conditions being contributing factors for the country to win such accolades and recognition. Sri Lanka also has great diversity in terms of the animal species. Having the blue whale (the largest animal water in found) and elephants (one of the largest animals seen on land, along with the bears, leopards, crocodiles, etc.), for example, is proof that Sri Lanka is a hotspot for biodiversity.

However, Wijesingha identified the problem to be the potential the country as a whole entails to not being recognised in order to sustain these multiple recognitions. “If we lose these ecosystems, it is these recognitions that we lose as well,” he said.

Other than ecotourism, Sri Lanka can only offer cultural tourism as we do not engage in adventure or sports tourism to a notable extent. Sri Lanka is still eligible to be recognised, and yet fails to sustain the very environment we are still benefiting from. 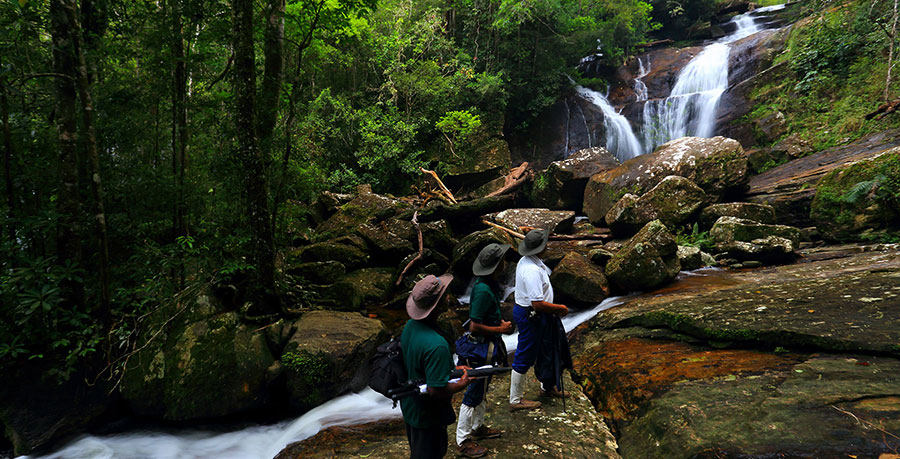 Referring to the Sinharaja Forest Reserve, Knuckles Mountain Range, Central Highlands, and Horton Plains along with the 23 national parks, he said that only a degradation of these resources could be observed at present. Noting that Sinharaja and Central Highlands (to which Knuckles belongs) are UNESCO Natural World Heritage Sites, Wijesingha claimed that successive governments have continuously failed to protect and conserve these areas. In this regard, he spoke of a fire that had occurred this past week on the eastern border of the Sinharaja Forest Reserve that had burnt roughly 12 acres of forest area within a day, and the Moragahakanda Development Project that cleared approximately 6,000 acres of forest cover from the Central Highlands.

As a side note, he mentioned that it is the Central Highlands that contribute mostly to the country’s rain patterns and could be a main contributing factor to the lack of water we are currently experiencing in the country. This lack of water then contributes to the loss of species as their habitats are eventually destroyed by severe weather conditions.

Apart from cutting down trees, Wijesingha also mentioned that multiple illegal activities such as growing walla patta (illegal farming), bio theft, and the collection and distribution of species take place in forests like Sinharaja. With regard to waterfalls and rivers, the water for instance is directed to mini hydropower plants and private projects, thus leading to them drying up. “Out of the 103 rivers we have, most don’t flow these days because of the lack of water,” he added. 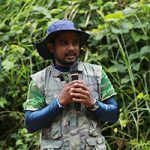 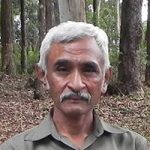 Wijesingha then spoke of the seas to highlight that this type of degradation in Sri Lanka is not limited to the land. “We speak highly of our whales and dolphins, yet the illegal fishing practices such as dynamite fishing continue to happen,” he said, adding that turtles and their habitats are also being destroyed as hotels and various businesses take over the coastal areas where the 100 m buffer zone is not maintained. The coral reefs are also being destroyed due to illegal fishing practices and the high rate of pollution. Sri Lanka is famous for sandy beaches, but that too is at risk.

Speaking of the human-elephant and human-leopard conflicts, he said that most of the wildlife enthusiasts who get attracted to the natural beauty of Sri Lanka come to see these charismatic animals. However, the number of deaths of these majestic animals seems to be rising. “Even in Yala National Park, a leopard killed with its paws cut off was found!”

Wijesingha believes the solution lies within a focused effort initiated and driven by the higher authorities. Sri Lanka must have a proper strategy in terms of how it is driven from its budget proposals, the development agenda, and the type of foreign investments it should attract. He explained that if tourism is an area in which Sri Lanka attracts foreign currency, second only to the income generated by workers’ remittances, more efforts must be directed towards it.

“Tourist budgets, tourism-related policymaking initiatives, and tourist environmental education are aspects the Government must support. We must invest in it as well. Costa Rica and Bhutan are good examples of successful countries that flourish by promoting and supporting ecotourism. My opinion is that we have failed a lot and we do not have direction,” he highlighted.

Also sharing his thoughts with us, environmental lawyer and ardent environmentalist Jagath Gunawardana highlighted that when foreigners and international platforms recognise and appreciate our resources, it helps direct the attention of the relevant decision-makers and policymakers in Sri Lanka to the matter. Therefore, he considers it a positive outcome for this kind of popularity to spread across foreign markets.

The potential for Sri Lanka to promote ecotourism has been foreseen by him and made aware to the policymakers as well.
Gunawardana went on to state that in a tourism point of view, each charismatic animal such as an elephant or a leopard is worth several thousands of dollars in the very least. A rough calculation can be done if we take into consideration the number of tourists that visit Sri Lanka to view these animals against the number of animals that left the country. Therefore, he believes this factor in itself should be a good incentive for the authorities to conserve these areas, along with the many species in them, and also to direct the attention to and showcase other areas such as Wilpattu National Park and Horton Plains.

He further emphasised that Sri Lanka must use this opportunity to promote some of the endemic species along with these mega animals. “Most of these areas are managed by the Department of Wildlife Conservation (DWC) or the Forest Department, and they are severely understaffed and do not have the resources to manage these areas. We must increase manpower, give more training, carry out more enforcement activities, increase the cadre of the Department, and part of government revenues earned by these resources must be invested back into their conservation efforts.” This investment, he believes, will go a long way in terms of maintaining these resources, which in turn will contribute to the experiences of the visitors and thus allow Sri Lanka to maintain these tourism-related accolades and recognition.

Let’s be honest, we buy everything on IG now

November 26, 2020 byJennifer Anandanayagam No Comments
Do you have an Instagram account? Surely by now, you have realised that it is nothing else but a market place, with the algorithm constantly trying to sell you something.