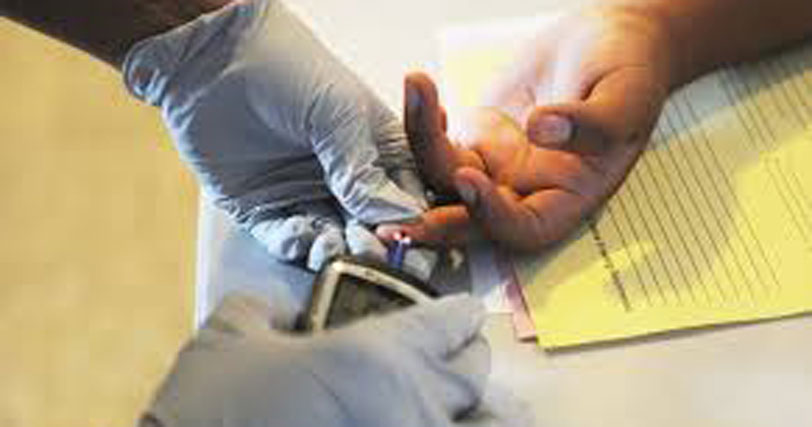 February 19, 2019 by themorninglk No Comments

By Vashni Benjamin
–
NCDs are collectively estimated to be responsible for the deaths of around 41 million people a year, worldwide, with 15 million between the ages of 30-69 dying a premature death, making it one of the “biggest health concerns of 2019” according to the WHO.
So what are NCDs?
Non-Communicable Diseases, NCDs for short, refer to diseases that are not usually transmissible directly from one person to another. They include heart diseases, cancers, diabetes, chronic kidney disease, strokes, and osteoporosis among many others.
Globally, the four major NCDs – cardiovascular diseases, cancer, chronic respiratory diseases, and diabetes account for 79% of NCD-related deaths with numbers amounting to 65% in Sri Lanka.

“Biggest” risk factors
LAYOUT: (INSERT FIGURE 1.4) In share
There are many factors accountable for the spread of NCDs. With the main drivers like urbanisation, climate change, and pollution increasing on a day-to-day basis, the risk of NCDs is on an incline as well. While many genetic factors like inherent blood conditions, abnormal lipids, and hereditary diseases contributing, it is the behavioural and environmental factors that have proven to cause the biggest damage, especially with regard to the more concerning NCDs such as heart disease, diabetes, cancer, kidney disease, and respiratory disorders.
“Biggest” obstacles
With a large number of NCDs being chronic disorders, diagnosis and treatment of NCDs are a lot tougher than they seem to be.
Many patients’ diseases go unnoticed till they reach a stage of maturity, with diagnosis done too late in a majority of cases. This makes the treatment more expensive and complicated. Although treatment is available for most NCDs, not all of them are cost-effective or affordable, in the context of health systems in low and middle-income countries like Sri Lanka.
In their 2018 report “Prevention and Control of Non-communicable Diseases,” the Sri Lankan Ministry of Health quotes the very little control they have over the main drivers (ageing, urbanisation, pollution, genetics, etc.) as one of the key reasons on why combating NCDs is a struggle. The report also states that in order to really make a difference, the health sector in Sri Lanka will need the assistance of many national and international forces.
“Strong political commitment, legal support, and a multidisciplinary health workforce – rare commodities in the developing world…” are deemed necessary to attain the full potential of targets set for Sri Lanka in order to curb the problem of NCDs.
The report repeatedly highlighted the need for strict political intervention for NCD prevention and control. As seen with the colour-coding of sweetened drinks, many beverage manufacturers refused to cooperate voluntarily with the guidelines set for them till the laws were made binding, reminding us of the need for legislative framework in order to obtain much needed assistance from the commercial sector.
The alcohol and tobacco industry, as one of Sri Lanka’s biggest economic contributors, continues to pose a threat to the health system with many efforts to curb the use of both commodities proving futile in the light of profit-making.
Poverty is another barrier that slows down the fight against NCDs. People living in poverty have proven to be more vulnerable to the risk factors that drive NCDs. Although extreme poverty is low in Sri Lanka, 14.6% of the population falls in to the “nearly poor” category (living on below $ 3.10 per day).
Due to their unstable economic situation, many fall into worse poverty and debt situations when hit with NCDs. Given that many of the poor in the country do not have access to the best health services, they are subject to further delays in diagnosis and eventually, worse health outcomes.

Speaking to us regarding the feasibility of these targets, Dr. Yasantha Ariyaratne said: “Given that the target time period is only around five years, there are some targets that are achievable and some that aren’t.
“With the first target, there can be a relative reduction as this group of diseases is multi-factorial and causative factors need a prolonged period of exposure, in some cases, like cancer, that can be 10-20 years.
“The 10% reduction in use of alcohol, the target concerning the physical activity, intake of salt and tobacco use can be achieved but it will need a conscious effort of social mobilisation.
“As for the management of blood pressure, this target needs a properly organised primary healthcare system.
“Curbing the rise in obesity and diabetes may be difficult to achieve in five years time, but the last two targets are definitely the more feasible ones in the Sri Lankan context.”

Starting “small” to make a “big” change
Low and middle-income countries such as Sri Lanka are most affected by NCDs.
“Most NCDs affect people under the age of 60, nearly all of whom are still economically active. As such, losing these people who are still making a significant contribution is simply not something most economies can afford,” reasons Yale School of Medicine Assistant Prof. Dr. Christine Ngaruiya.
In Sri Lanka, current health expenditure as a proportion of Gross Domestic Product (GDP) is 3%, while domestic government health spending as a share of Gross Domestic Product is only 2%.
Government health expenditure as percentage of general government expenditure, which is used as a summary indicator of the priority accorded to health, decreased from 8.7% in 2008 to 8% in 2016.
Reports by the Ministry of Health indicate a need for an increase in health spending to deal with the rising NCD burden in the future.
Deep-rooted issues in the economy, such as structural ones including poor collection of tax revenue, have prevented the country from maintaining a high GDP growth rate over time said the Central Bank of Sri Lanka (CBSL), leaving marginal room for health spending in the coming years.
In the midst of this, it was announced recently that the World Bank will be lending $ 200 million to Sri Lanka for a project proposed to “increase the utilisation and quality of primary healthcare services, with an emphasis on detection and management of non-communicable diseases in high-risk population groups in selected areas of the country.”
It is said that this fund will be used to support the reorganisation and strengthening of the primary Sri Lankan healthcare system.
Therefore, we reverted to Dr. Ariyaratne on how change can start small and contribute to a big difference.

The NCD targets envision a halt to obesity and diabetes. What do you think is the reason behind this incline in rates of diabetes and obesity?

The Lack of physical activity is the main reason behind this increase, while the change of food quality is another major factor. Healthier eating must be promoted with freshly prepared food becoming a priority.

The high intake of sodium is another contributing factor to an unhealthy diet. What changes can we make to reduce it?

The usual level of salt in our food is necessary for us to combat any loss of sodium in sweat, especially in a tropical country like Sri Lanka. However, the loss of salt is minimised in the air-conditioned environment where the sedentary work most of the day.
While we do not lose salt, we increase its intake by taking mass-prepared takeaway food which is high in salt content (e.g. anything fried or preserved).

When basic awareness doesn’t seem to work with tobacco and alcohol use anymore, what should we do? Also, how serious is the issue of passive smoking?

Reducing the ability of the average person to obtain these due to increased taxation, controlling marketing strategies, and regulating sales outlets will be the way to go.
The problem of passive smoking was attended to effectively as far as public spaces are concerned. However, persons in certain work environments and also private homes still face this issue. Nevertheless, passive smoking is not too much of a problem compared to air pollution and environmental degradation as of today.

Apart from affecting climate change, air pollution is also beginning to directly affect our health. What actions should we be taking (perhaps starting at a household level) to contribute towards reducing this problem?

Air pollution in our country varies according to geographical or human habitat factors. The biggest contributor to air pollution is transportation, where fumes of poorly-maintained vehicles release particulate matter and toxic gases. We should be able to control this situation through strict regulatory work.
The present-day emission check system is a farce.
Generation of fossil fuel-based electricity is also a contributory factor.
Therefore, we should start regulating these aspects of our lifestyle.

More children are beginning to fall victim to NCDs. What roles should schools play in curbing this problem?

The Sri Lankan education system is exam-based and result-orientated in matters of study only.
The curriculum should be changed to pay more attention to lifestyle skills and include physical activities such as mandatory recreational games as part of school life.

April 21, 2019 bythemorninglk No Comments
FP2020 is a global partnership to create a world where every pregnancy is wanted and where every couple and person is given a right to reach their full potential without anything holding them back.

Magicbit: A new frontier in innovation

August 26, 2021 byNews Admin No Comments
Technology is transforming every part of our lives very rapidly, and we have reached the point where everybody needs to be able to develop a piece of technology, regardless of the area in which they w