Training for jeep drivers in Minneriya and Kaudulla National Parks

As time passes, we understand the need for a collaborative and multidisciplinary effort in order to successfully implement a programme of any kind – an area in which Sri Lanka is certainly making progress. And the inheritors of the benefits of such a joint effort are all the parties involved.

The Nature Interpretation Programme (NIP), an educational training programme for jeep drivers at national parks, conducted at Minneriya and Kaudulla National Parks last year is one such example where the positive results are already being enjoyed by everyone involved just a few months after its conclusion. However, it must also be noted that continuous success can only be guaranteed if the regulations are enforced fervently.

Department of Wildlife Conservation (DWC) Spokesperson Hasini Sarathchandra spoke to us about how the NIP training programme came about. The programme had apparently been launched as a joint effort by the Tourism Board (Sri Lanka Tourism Development Authority [SLTDA]) and the DWC together with other partners. “We saw the importance and need for such a programme. The DWC played a vital role, and now we hope to begin its implementation in other parks as well, especially in Yala,” she noted. 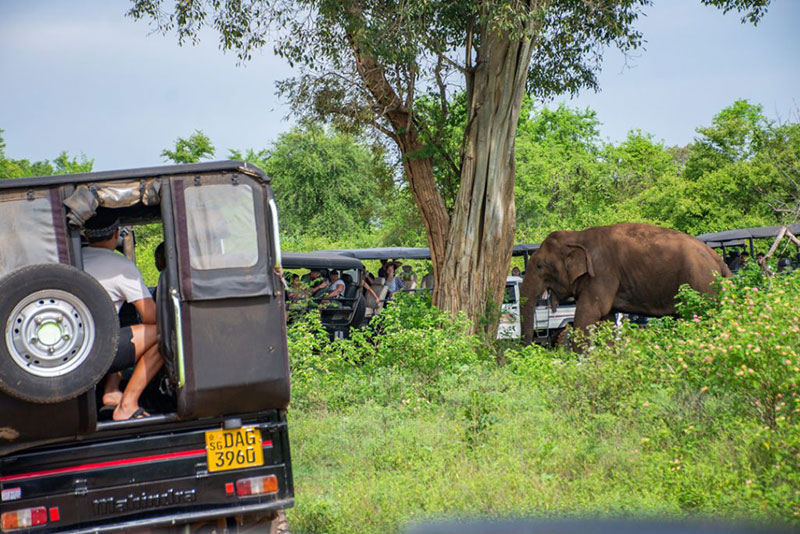 Former DWC Director General and environmental scientist Dr. Sumith Pilapitiya, speaking to The Sunday Morning Brunch, shared his thoughts on and experiences of the programme.

He said that the training programme was developed in collaboration with the DWC which expressed the need for such a programme. The Federation of Environmental Organisations (FEO) conducted the programmes and the SLTDA financially supported it. “I volunteered my time with the FEO with several others to conduct the training programmes; 1,173 jeep drivers were trained under it,” he said.

Dr. Pilapitiya went on to explain the need for such a programme to prevent the misconduct of commercial safari jeeps drivers in national parks, adding: “They tend to harass animals. Prior to 2005 or so, any vehicle that entered a park had a DWC tracker with them. And this helped control the situation to a great extent. However, after the war ended and resulted in the sudden explosion of tourist in Sri Lanka, the DWC couldn’t keep up with the need. On some days, up to 400 vehicles entered one park; commercial safari drivers who know the road were allowed to go in on their own. Leaving people unregulated in this country does not work.”

“In Minneriya and Kaudulla, the main attraction is elephants and I conducted the sessions on elephant behaviour. Mr. Rahula Perera focused on birds and other mammals. The DWC and the park wardens spoke of the rules and regulations of the park, while the Sri Lanka Association of Inbound Tour Operators (SLAITO) spoke of the problems tourists face when visiting parks and what they expect (out of the park experience),” he added. 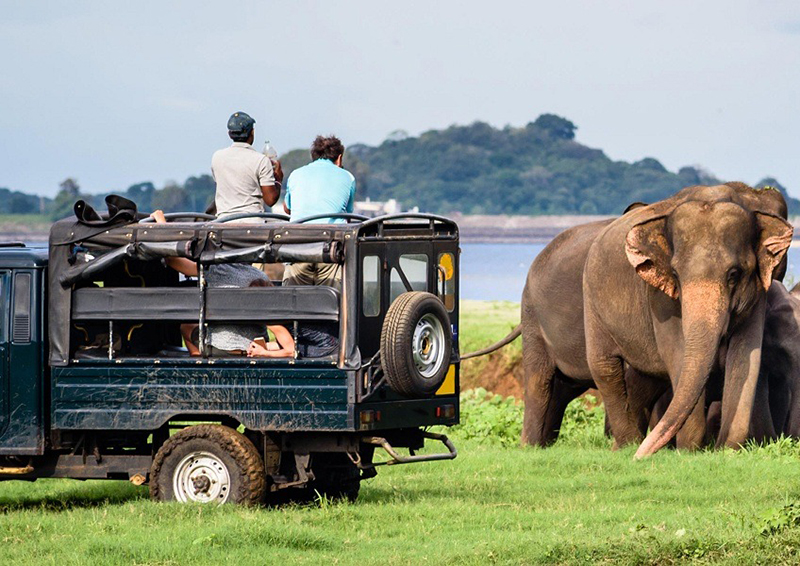 Dr. Pilapitiya noted that it must be highlighted that as of 1 October 2019, the DWC allowed only those with this certification to enter Minneriya and Kaudulla National Parks. However, during this time of the year, the elephants move to a place called Hurulu Eco Park, which falls under the purview of the Forest Department. “We are also urging them (jeep drivers) to follow the same rules and regulations, but it is not happening yet. In principle, they have agreed. This will regularise all three parks within the Minneriya and Habarana areas where elephants move about throughout the year,” Dr. Pilapitiya explained.

“Since I do my elephant research in Minneriya and Kaudulla, I spend about 15 days every month in parks, and so I observed the behaviour of the jeep drivers before as well as after the training,” said Dr. Pilapitiya, adding that there has been a significant improvement after the training. Earlier, the jeeps were blocking the elephants accessing water. And now, a majority of jeep drivers reverse their vehicles and leave enough space for the herd of elephants to cross and go to the areas with water.

“The elephants in these parks used to attack vehicles after the number of jeeps increased; elephants are quick learners and they realised that all they have to do is attack one vehicle for everybody to move and give them space. So what’s even more positive is that after the training, according to the park warden, these incidents have drastically reduced. This shows that the impact of the programme is felt by the elephants too,” he explained. 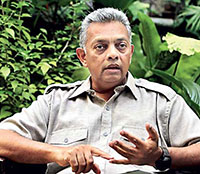 Dr. Pilapitiya furthered that it is one of the first times that such a programme has been conducted in Sri Lanka in collaboration with tourism (SLTDA), wildlife (DWC), a non-governmental organisation, and experts involved in the training. “To the best of my knowledge, I think it is the first time in the entire world where such a large number of jeep drivers were trained from one park,” Dr. Pilapitiya added.

However, he also noted that in order to achieve continuous success of the training programme and sustain it, the rules must be strictly and consistently enforced while also regularising the jeep drivers – a responsibility that falls on the shoulders of the DWC. “This is Sri Lanka. If we do not enforce the laws and penalise misbehaviour, it is only a matter of time where the jeep drivers would go back to their old habits. It must be a long-term commitment.”

We also spoke to Minneriya National Park Warden Bathiya Madugalla, who shared his views with us on the impact of the programme.

Madugalla said that it was a very successful training programme, and it is only through this training that they were able to identify that there are so many jeep drivers entering the park. “For Sri Lanka to continue to be known as a wildlife destination, the experiences of current visitors matter a lot, which depends on the capabilities of the jeep drivers. I admire the collaborative effort made by all parties,” Madugalla said.

Importance to the drivers

Madugalla shared that the drivers themselves responded positively to the programme. It was a two-day programme and they had a successful participation rate of 99% on the second day as well. “This further proves that they too saw the benefits and importance of the programme,” he noted.

Before the training programme, Madugalla explained, the jeep drivers were very careless, which had a negative impact on the animals as well. “But after receiving training, we see a difference in the way they behave. Now we must continue to implement it by registering these vehicles and enforcing a monitoring system as the next step. I also hope the programme will continue to be implemented with the update of knowledge and new practices. Most of the tourists who come to this area are attracted to Sigiriya and the elephants. So it is a vital part of both local and foreign visitors’ experiences,” he added.

October 24, 2018 bythemorninglk No Comments
Whether you’re hung over and craving something spicy, or someone with an insatiable palate requiring wholesome and tasty food, Oporto is the place to be.

Making a mountain out of a molehill?

March 18, 2021 byNews Admin No Comments
Sri Lanka has always been a country that is extremely sensitive to what we view as disrespect to our nation. There have been several occurrences where the country, in attempts to preserve its respect.